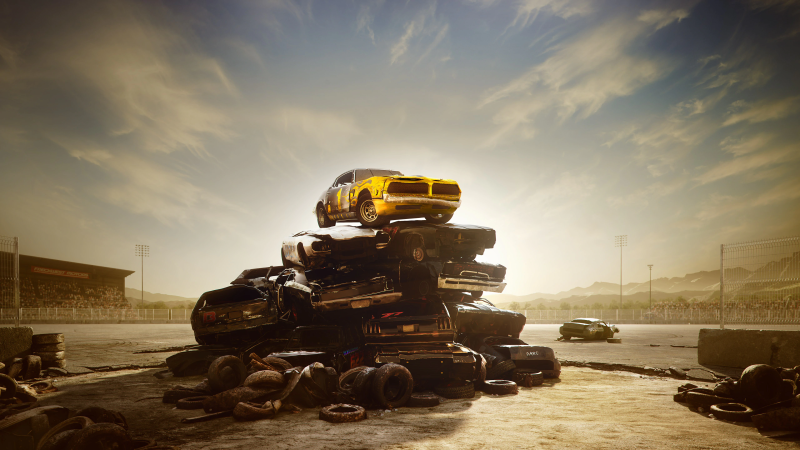 Wreckfest is a destruction based racing game where most of the fun comes from destroying other racers on the way to victory!

Free on PlayStation Plus for May 2021, Wreckfest is a lot of fun. It's a mixture of pure racing and destruction derby and sometimes both. As you play races you'll earn credits and XP to level up which will unlock new upgrades for your cars and allow you to purchase them. You'll also unlock new cars as you go along too.

The game doesn't take itself too seriously and you can race around in everything from lawn mowers to combine harvesters and school buses. It takes over 20 hours to Platinum as there are quite a few races in the main career mode but there are a few tricks I'll outline below that can speed this up a little bit.

The game features a heavy metal soundtrack too which I personally really liked, but there aren't enough songs on it to last through the whole game so you will end up hearing the same songs hundreds of times by the time you're finished. 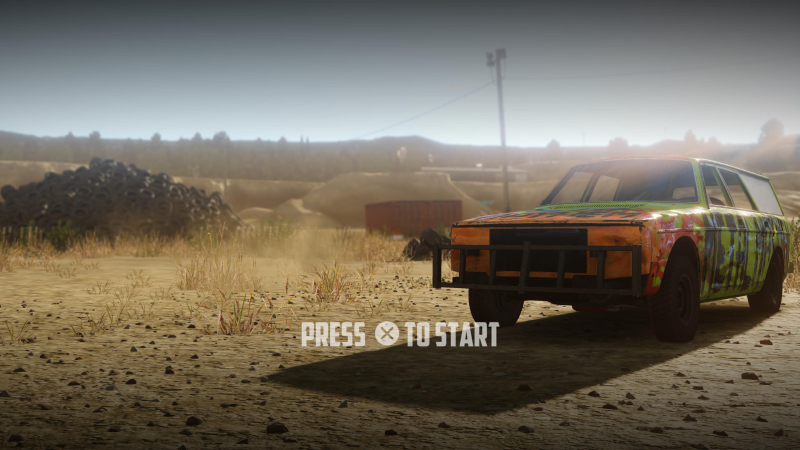 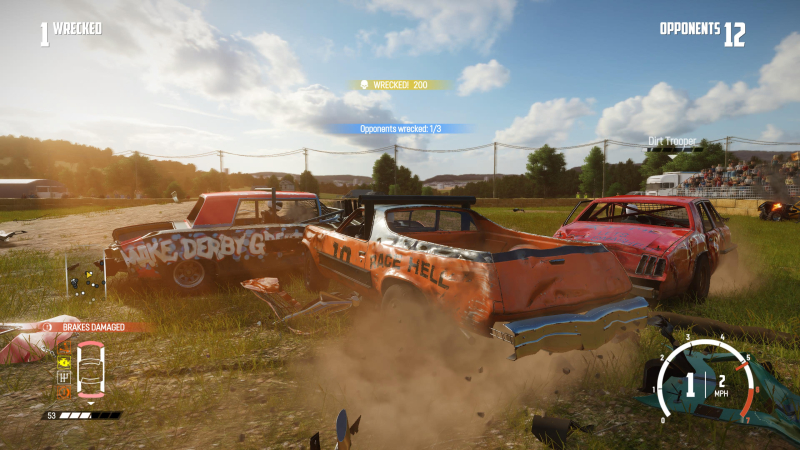 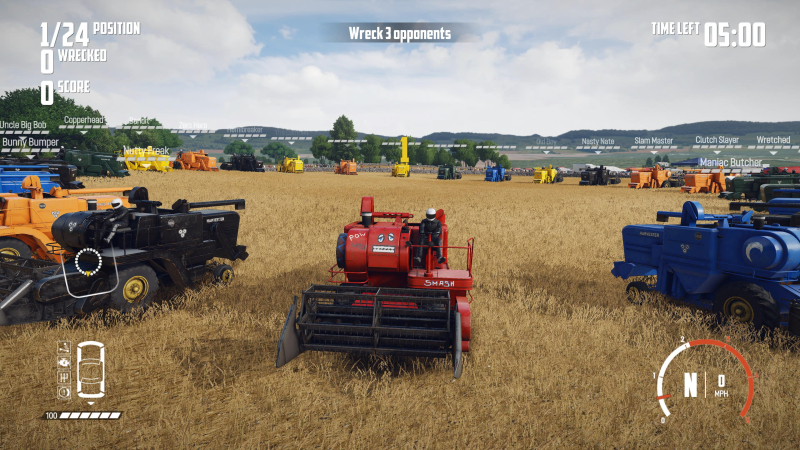 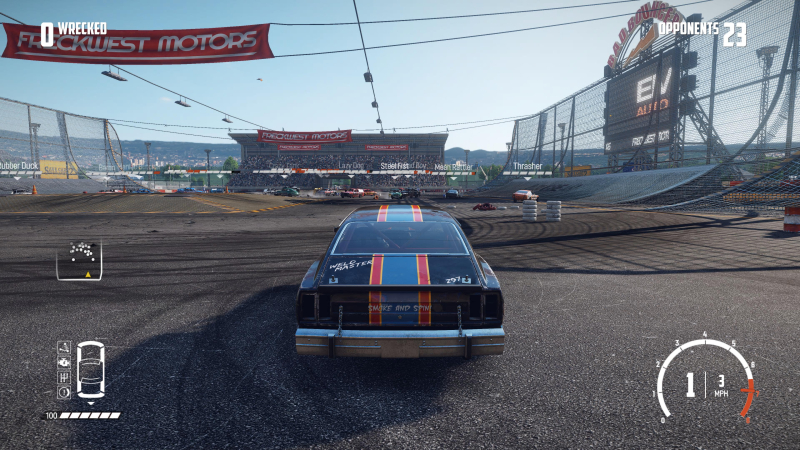 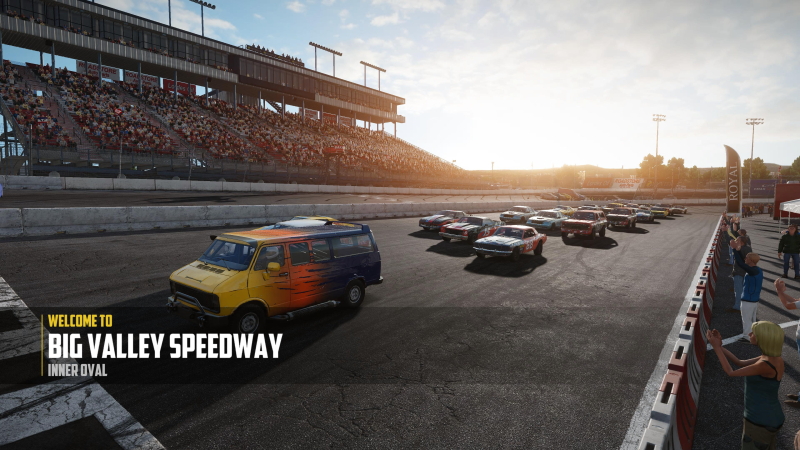 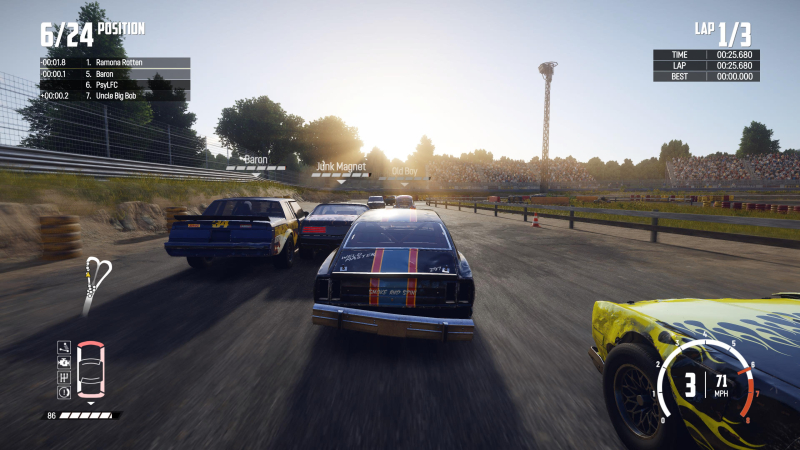 This is the longest trophy in the game as it'll be one of the last ones you unlock after finishing the whole career. This is the reason I'm making it the hardest, although if you've tweaked the difficulty settings, none of the races are too tough. 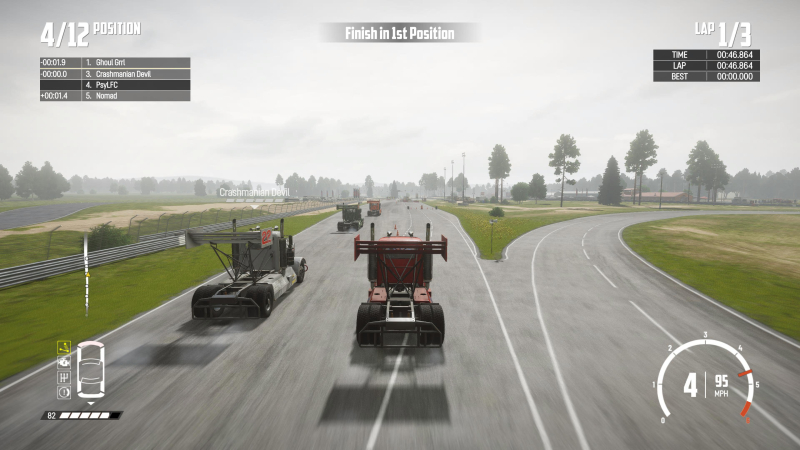 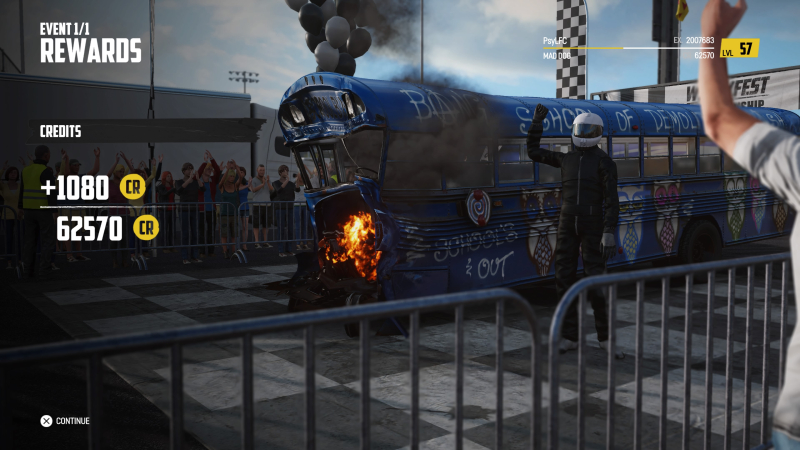 There are a few exploits and tricks you can do to speed up the route to Platinum. The first is to set up a custom event with the settings below which is a race against lawn mowers on max difficulty. All you need to do is try to crash out any opponents then wreck yourself and you'll get a huge amount of XP and credits because of the difficulty bonus. Grinding this out for 2 hours or so can get you to the max rank and give you enough credits to fully upgrade a number of cars which will help a lot in the career mode.

The second trick is for one-off races (e.g. not multi-part heats) you can set the damage to realistic and the other AI racers will usually crash themselves out after a few laps. As long as you're the only one left, you can then crash yourself out and you'll finish in first place. This is very useful for later races in the career as you can often cut 6-8 laps off the race which saves a lot of time on the road to the Platinum. 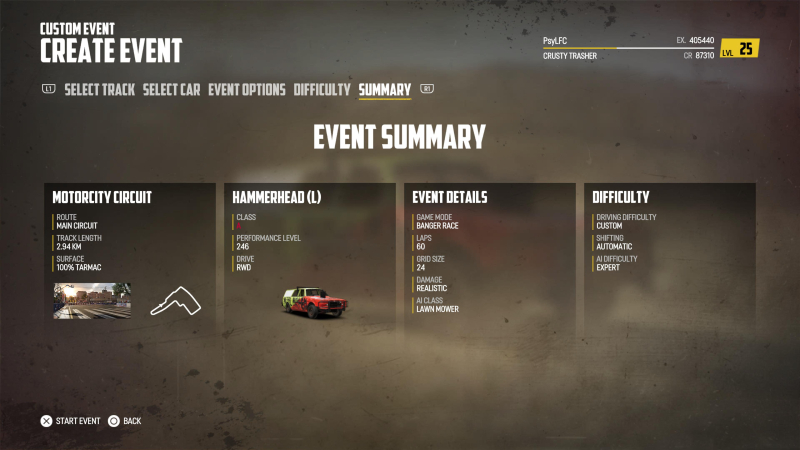 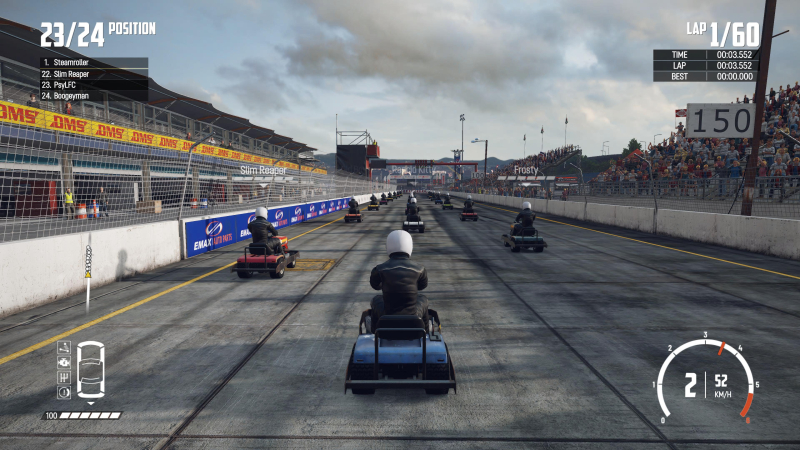 With a varity of difficulty settings, you can essentially make the game as easy as you want. You get more XP the more difficult you make it but if you're aiming for the easiest Platinum you can get, I'd suggest setting the AI difficulty to novice and turning on all of the driving assists. 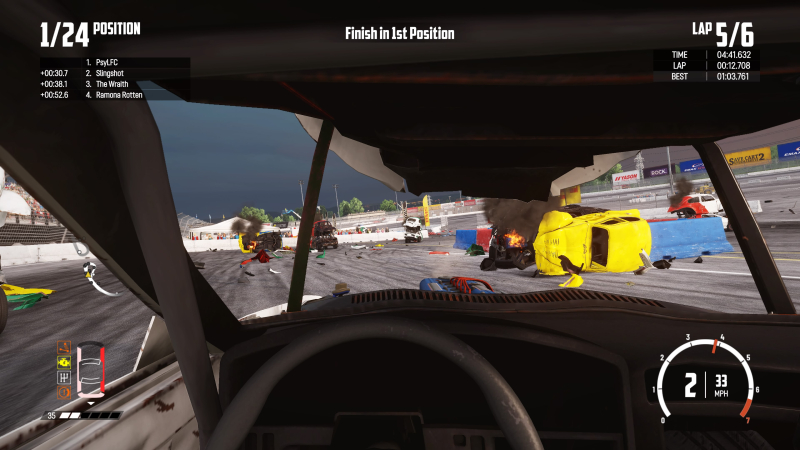 I can't see any way you'd Platinum the game in under 20 hours given the number of races in the career, but everything else isn't too complex and won't take a lot of time to mop up. 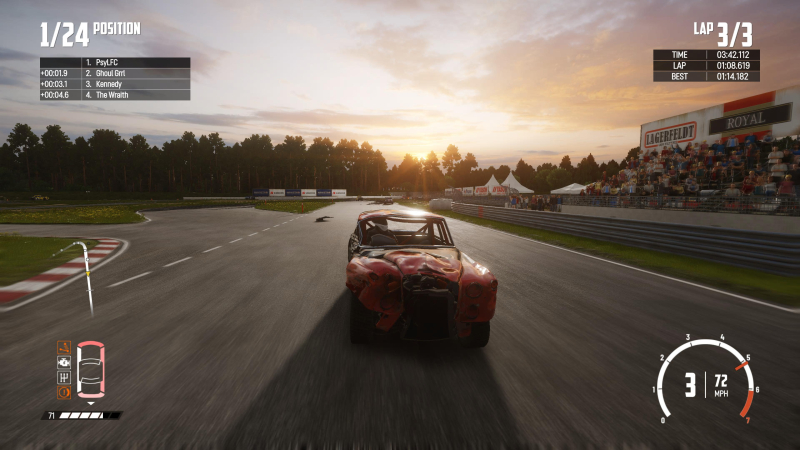 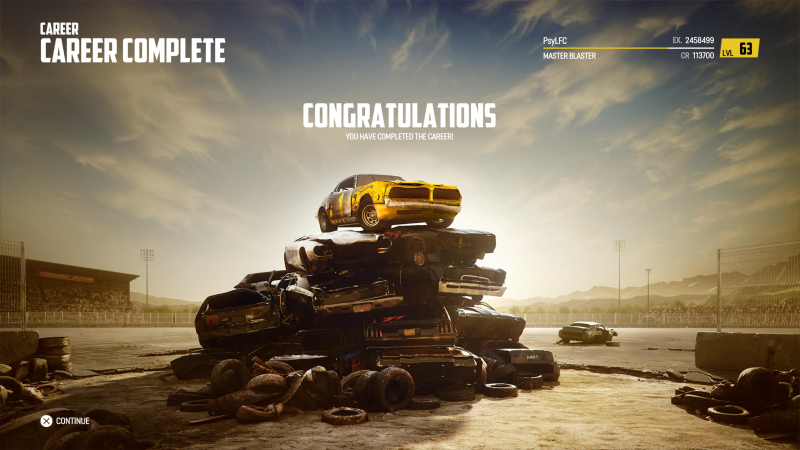 9/10
It's a great game and although it was a little bit grindy because of the number of races, I really enjoyed getting the Platinum. 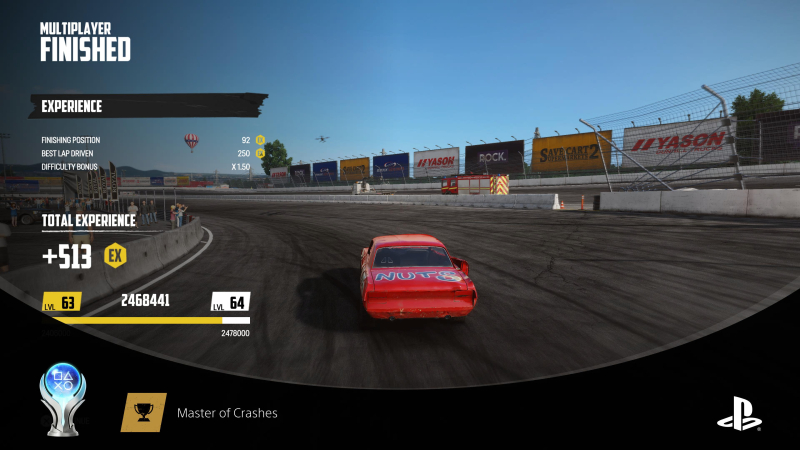 9/10
I would never have played this game if it wasn't free on PlayStation Plus, but it's great. It's a lot of fun, it looks great and it's very satifying smashing up other cars. One of the best racing games I've played on PS5. 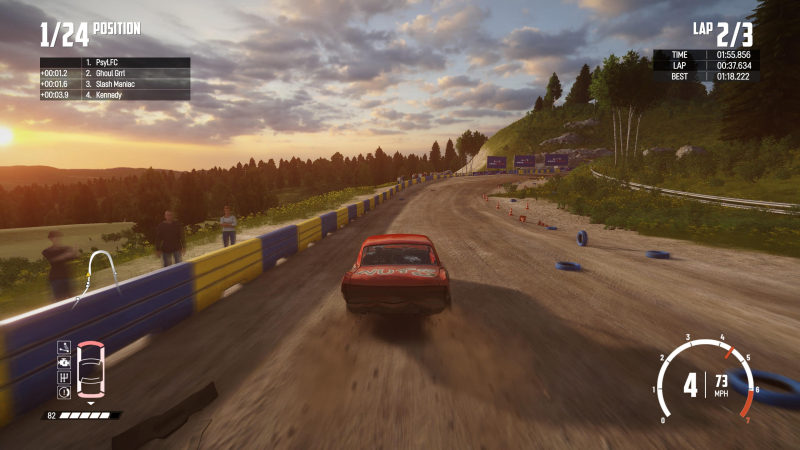 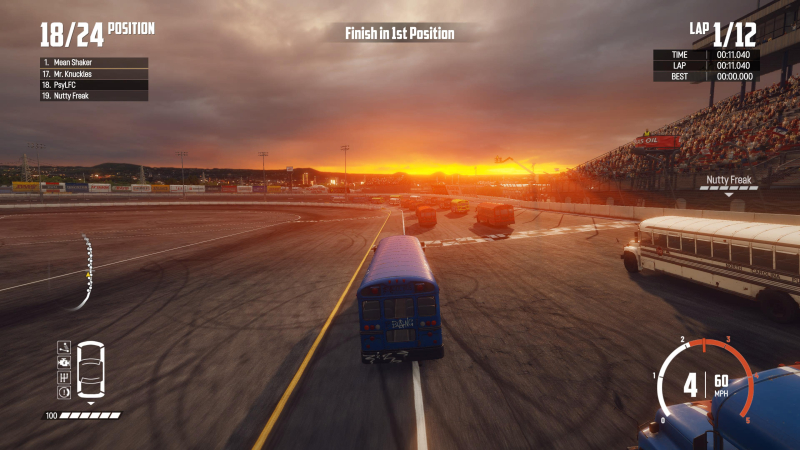 View all of my Platinum Trophies
This article has been viewed 768 times. Thanks for your support!