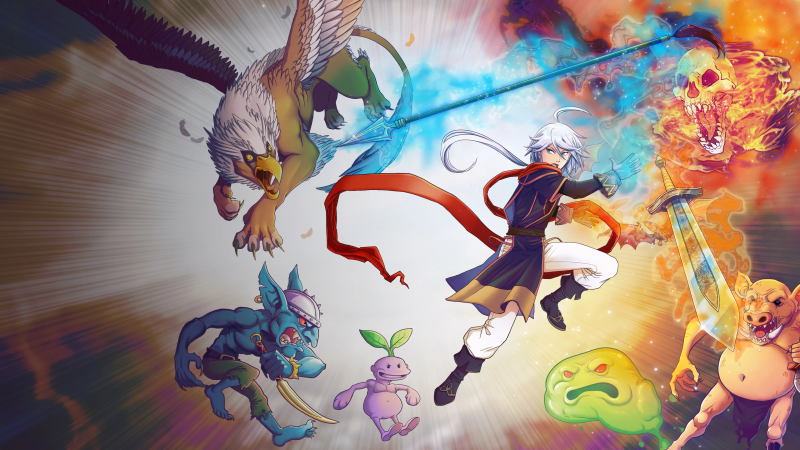 Rogue Explorer is a combat based platformer with some advanced RPG features and a Platinum you can unlock in under an hour.

There are a variety of different worlds to play through however each time you start a new area, your character will begin back at level 1. As you kill enemies you'll earn EXP and level up which allows you to unlock useful new abilities such as increased attack damage, health or double jump but these power-ups only last during your current world playthrough. There are permanent upgrades you can purchase by spending the coins you'll earn and weapon and equipment upgrades you can carry to any world so the game will gradually get easier the more time you spend killing enemies, completing quests and collecting coins. 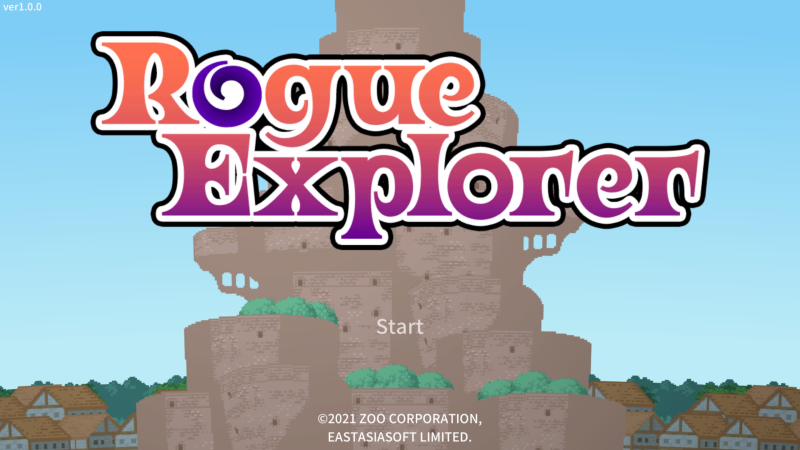 If you die on a level, you'll have to play the whole world from the start. All of the levels have multiple stages (mostly ranging from 3-5) with a final boss, so it's best to take your time and make sure you reach the boss with as much health as possible. 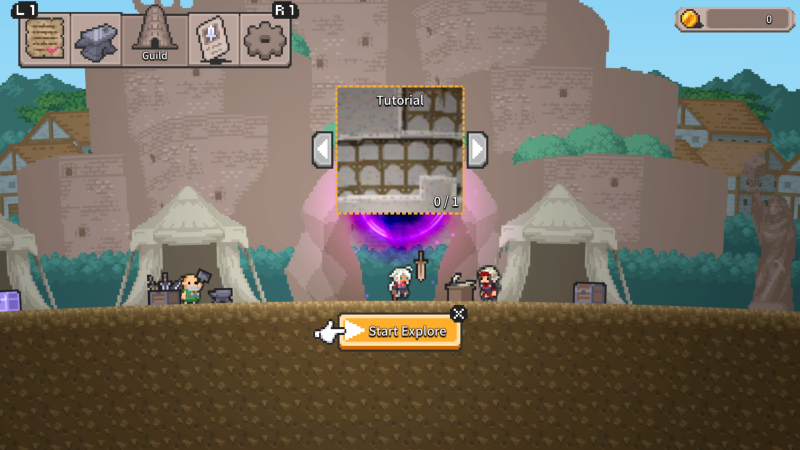 For the Platinum Trophy you'll mostly need to complete the first 4 worlds and play through their 'depths' version which is slightly harder but with more rewards. The majority of the trophies will pop just by doing this, but the longest one will probably be earning 50,000 gold coins. The in-game quests provide big rewards though and you'll complete lots of them just by playing through the game. It's a pretty straight forward game though and you should be able to pop all of the trophies in under an hour. 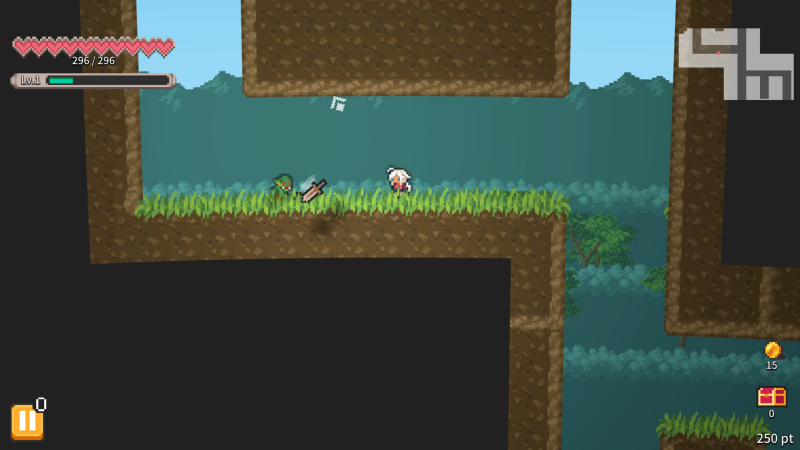 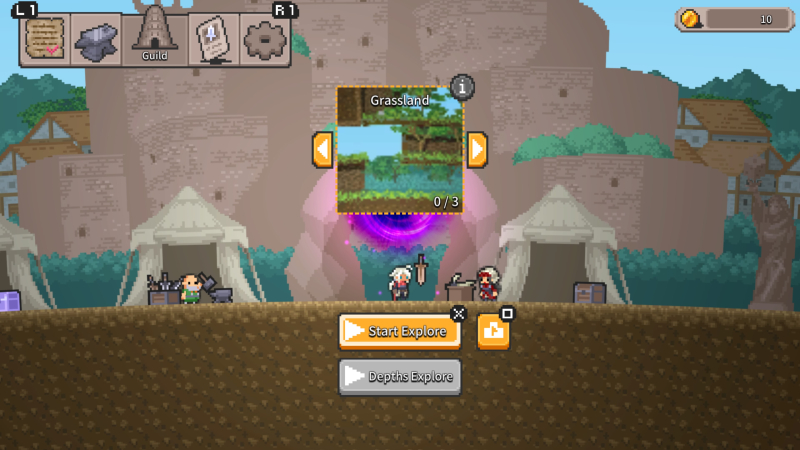 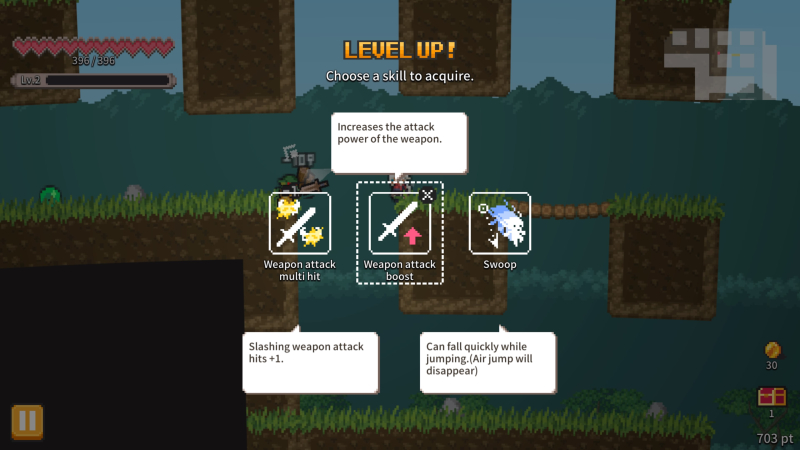 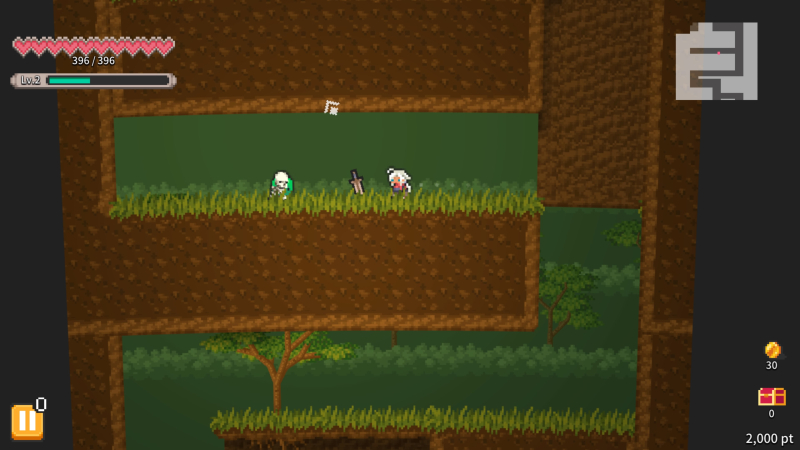 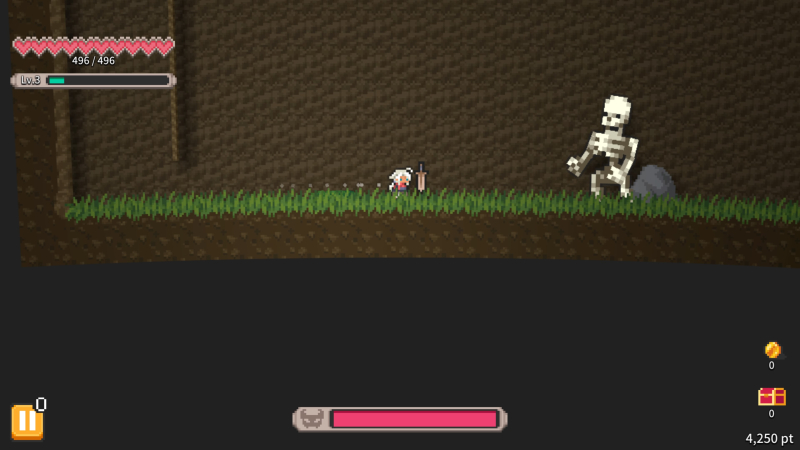 It's not necessarily difficult, but this will probably be the most time consuming trophy to unlock. Make sure you pay attention to the quests and complete them (mostly naturally as you play levels) and remember to collect your rewards. This will take ages to unlock if you're trying to do it just by collecting coins after killing enemies. 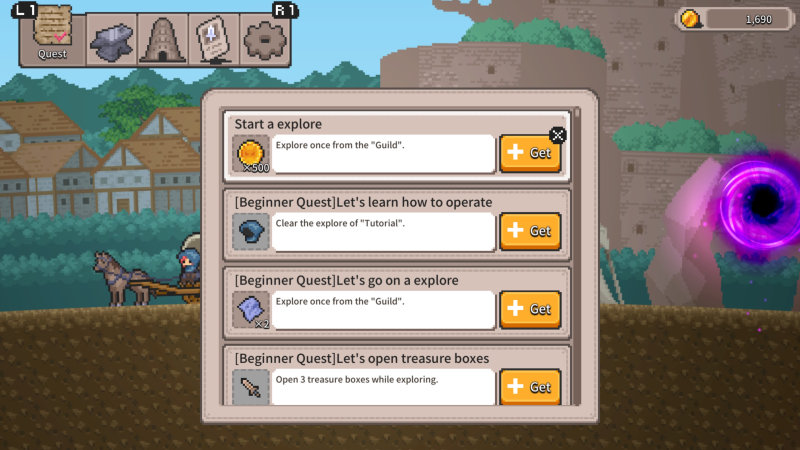 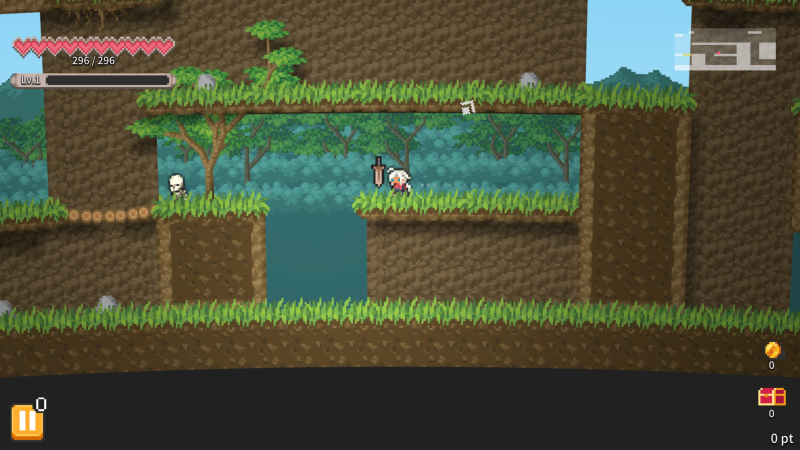 The game is a bit of a grind, but you can replay levels to make extra coins and to unlock chests which count towards the trophies. Once you've bought a few upgrades you should be able to get through the required levels for the trophies. If you can get the spear in your second weapon slot it has a huge range which allows it to automatically attack and kill enemies that are almost off the screen so this helps a lot even if it has lower damage than other weapons. 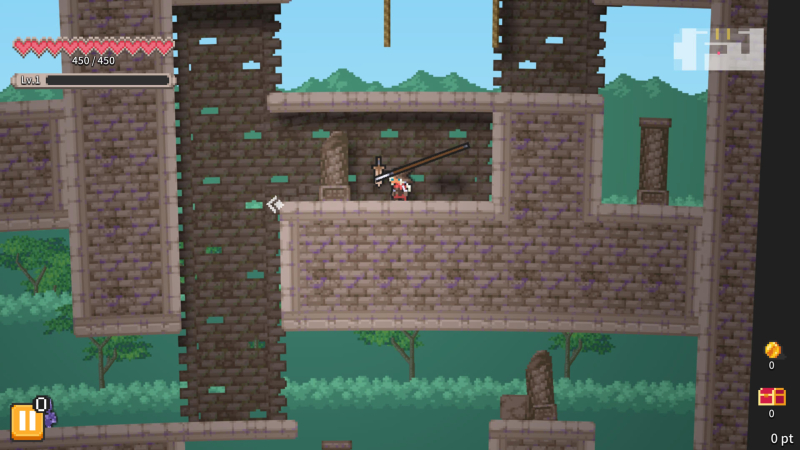 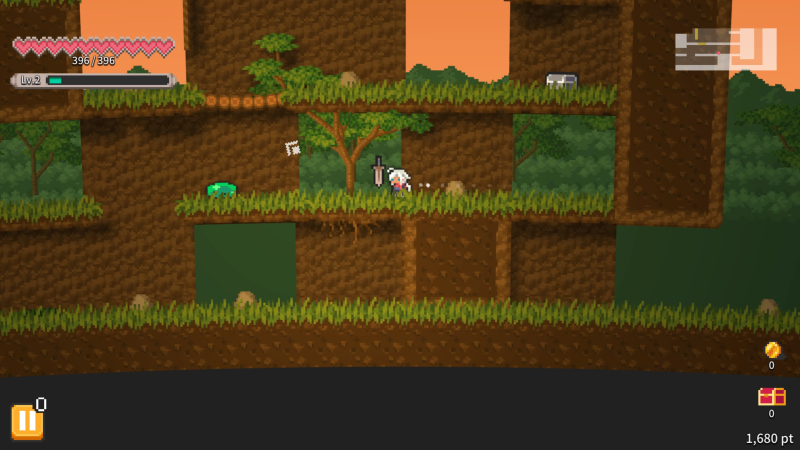 You'll need to be careful and take your time, but the more you play, the easier it gets. Spend your coins on permanent upgrades to your health and attack and learn the different enemies attack patterns and it shouldn't take too much effort to get through the levels needed for the Platinum. 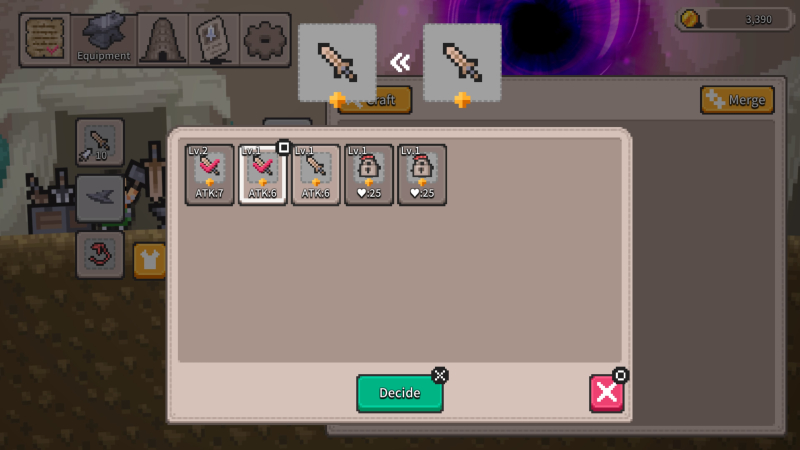 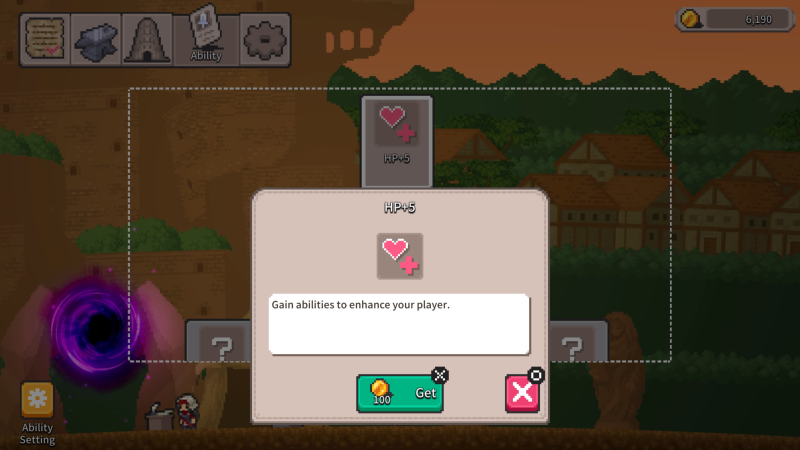 It's definitey possible to finish the game and unlock the Platinum in under an hour, perhaps even under 30 minutes, but the more careful you are, the easier the game will be so I'd suggest just taking your time and trying to keep as much health as possible for the boss fights. 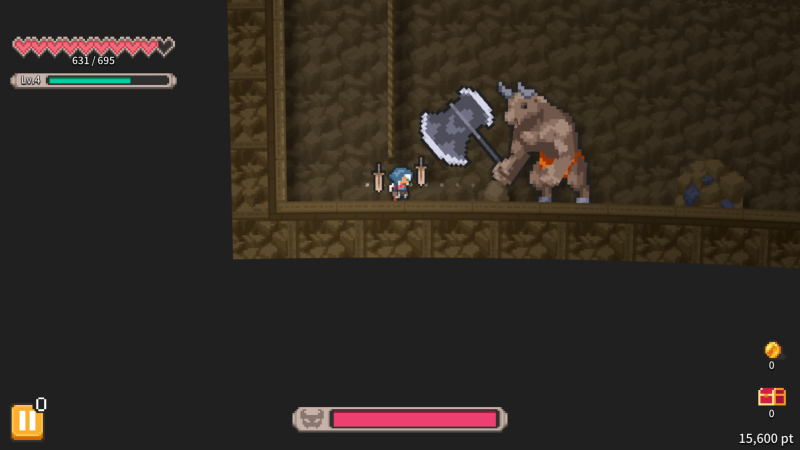 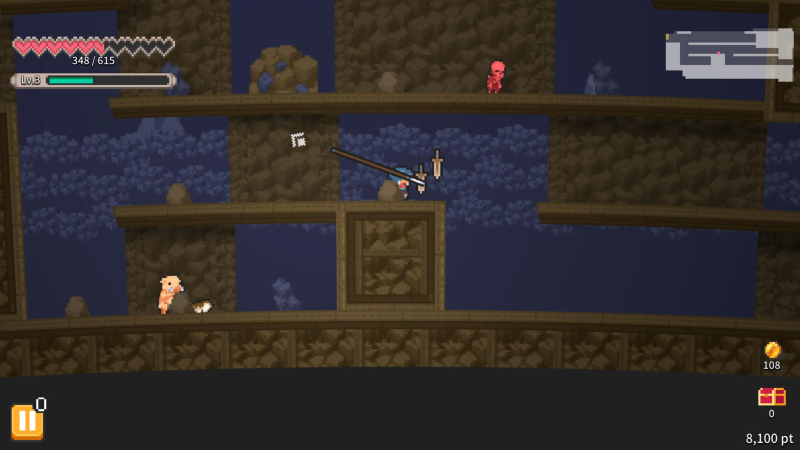 9/10
The game was fun to play through and not too much of a challenge, but enough to be enjoyable. You can keep playing after the Platinum pops too. 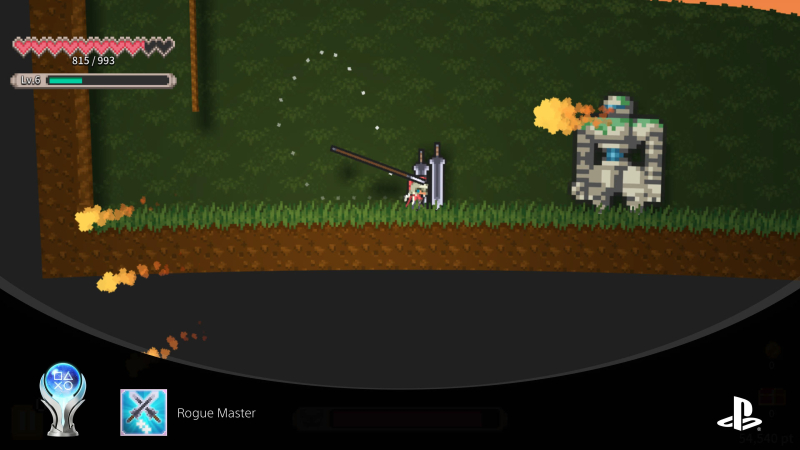 7/10
Graphically the game isn't too fancy looking and the gameplay is basic, but it was fun and the upgrade and ability system gives another dimension to the combat. There are plenty more levels to play when you pop the Platinum so you'll get value for money if you want to complete everything the game has to offer. 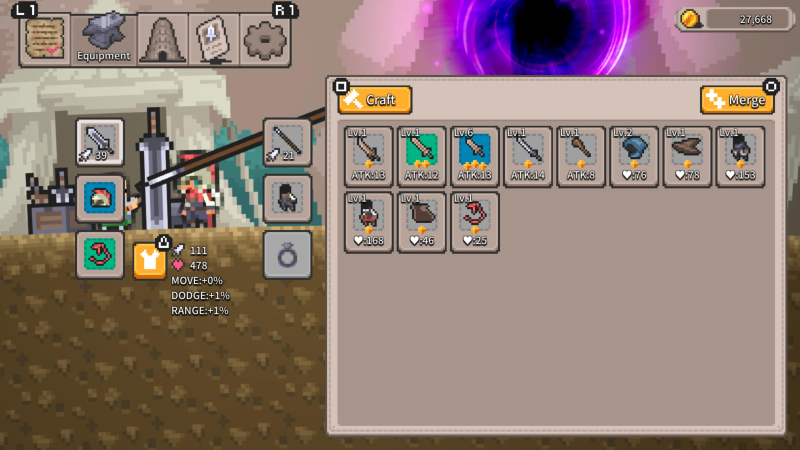 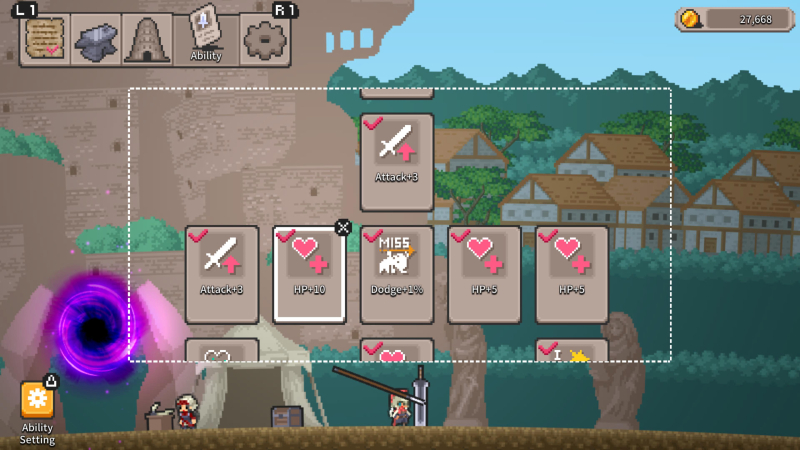 View all of my Platinum Trophies
This article has been viewed 786 times. Thanks for your support!