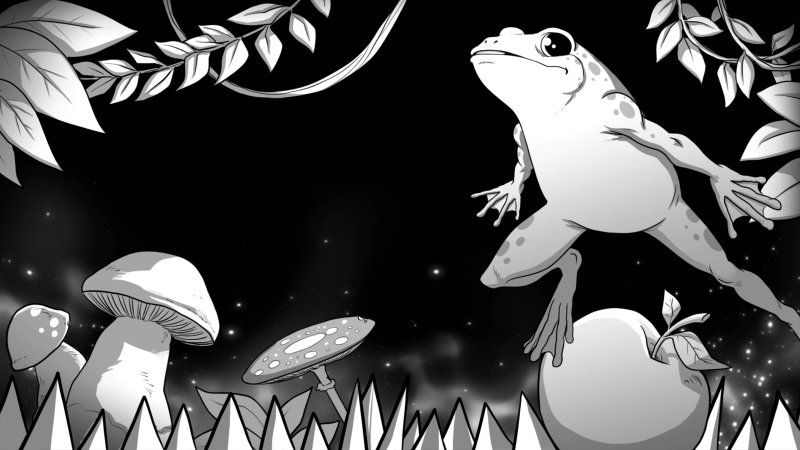 Dojoran is a simple black and white platformer where you control a frog and try to avoid hazards. Grab the Platinum in around 10 minutes.

The game will bring back memories of some old school 8-bit classics with its simplistic graphics and soundtrack but the controls are pretty smooth making it much easier to handle than some of those back in the day.

You can make your frog jump with the X button and control his movement with the d-pad or left analog stick. If you jump into a wall he'll grab on and you can wall jump as high as you need to go. The main hazards you'll have to deal with are spikes and pools of bubbling water but enemies like slugs and birds are gradually introduced too and can be killed by bouncing on top of them.

Besides getting through the levels, your other objective is to collect coins and talismans which are hidden collectables slightly off the main path of the level, so keep an eye out for them as you play though as you'll need to find 5 of them for a trophy.

Occasionally you'll pick up an apple but the game informs you that frogs can't eat apples which is where an interesting mechanic comes into play. If you press Square while in the air, you'll drop the apple and can bounce on it before it hits the ground to give you a boost. It will take a bit of practice to get the hang of it but it can and will be needed to reach higher ledges and grab the collectables.

As for the Platinum, you simply need to get through the first 5 levels, find the talisman on each of them, grab over 150 coins and die 25 times. None of this is too difficult and you can comfortably unlock the Platinum in under 15 minutes. 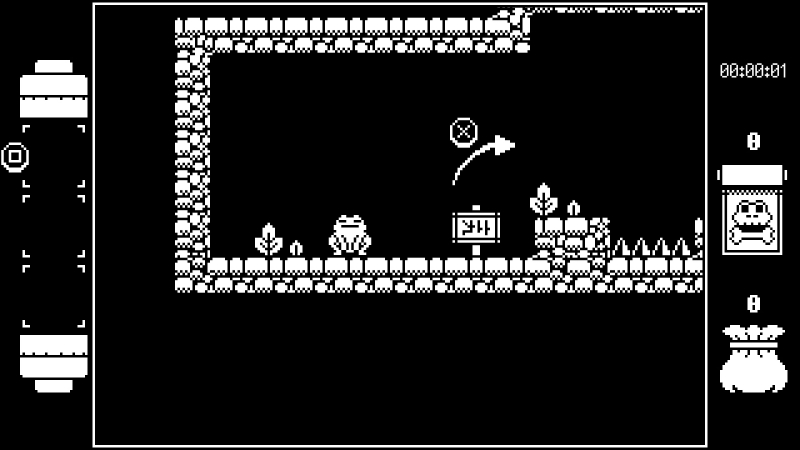 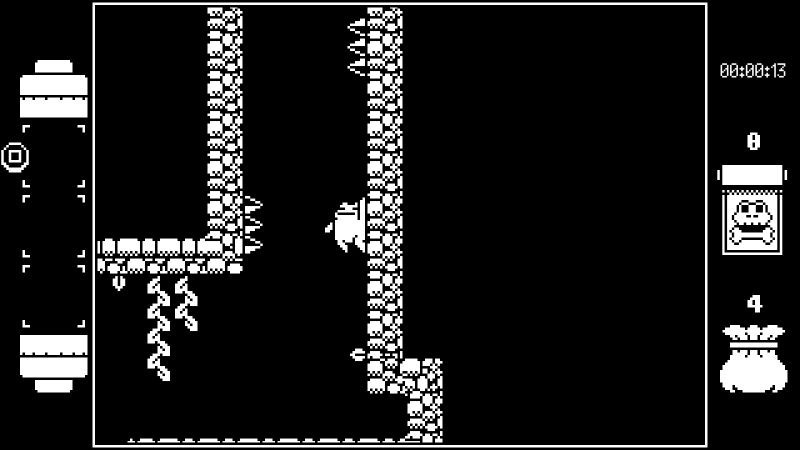 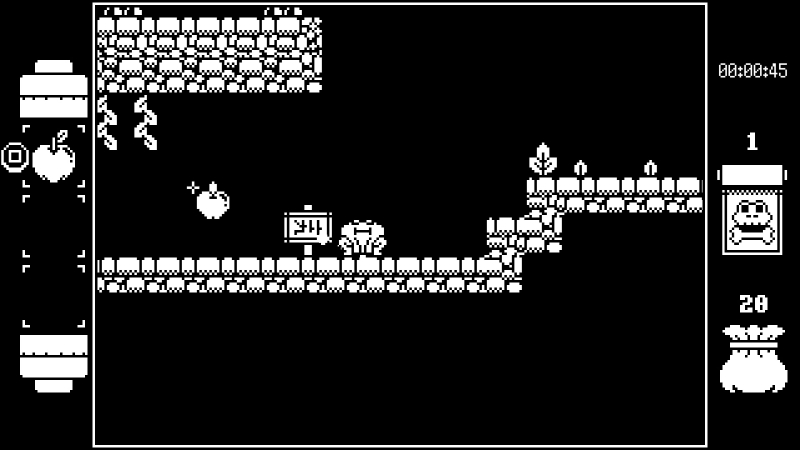 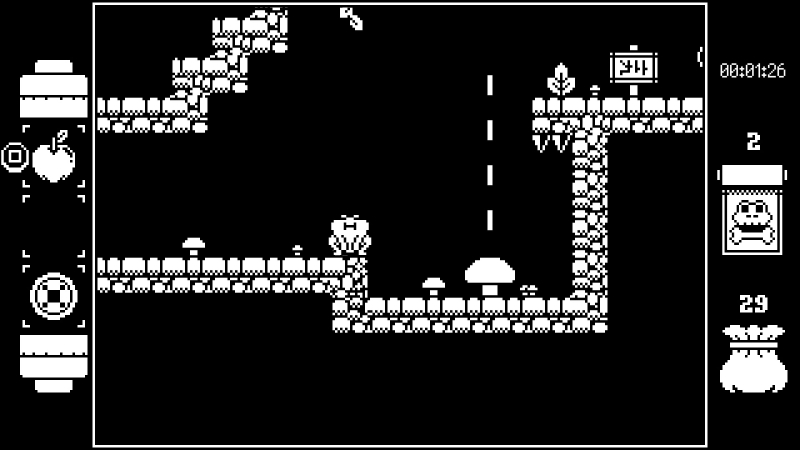 If you rush through the game you might miss a few of the collectable talismans which can occasionally be hidden slightly off the main route through the level so finding 5 of those might be the last trophy you grab. If you get through without dying 25 times then you can grind out the remaining deaths in a spike pit on any level. 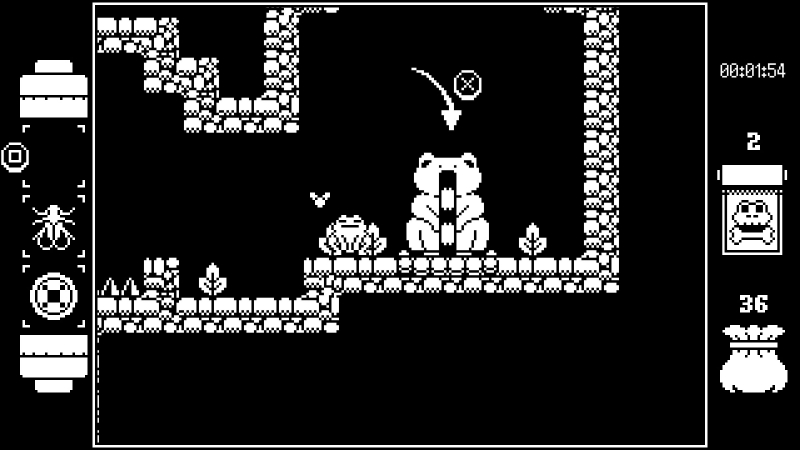 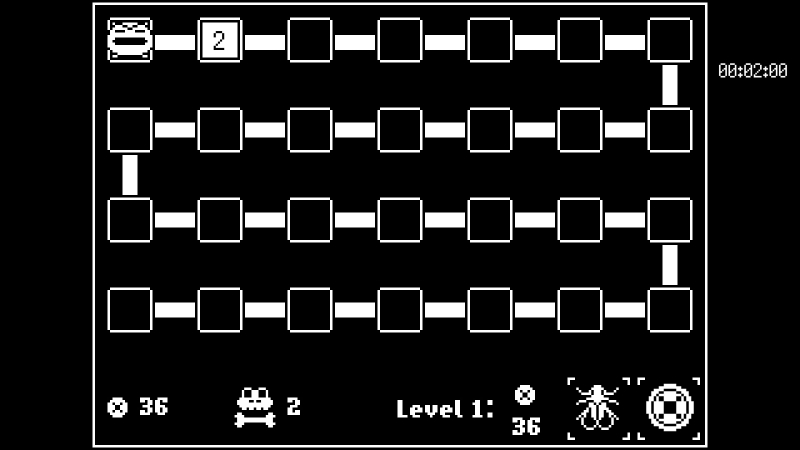 The game is pretty simple with no real need for any tips or exploits. Grabbing the fly will essentially give you a shield so you don't die in a single hit and you should practice bouncing on apples at the top of your jump to help you get past some of the later hazards, but otherwise just take your time and enjoy the game. 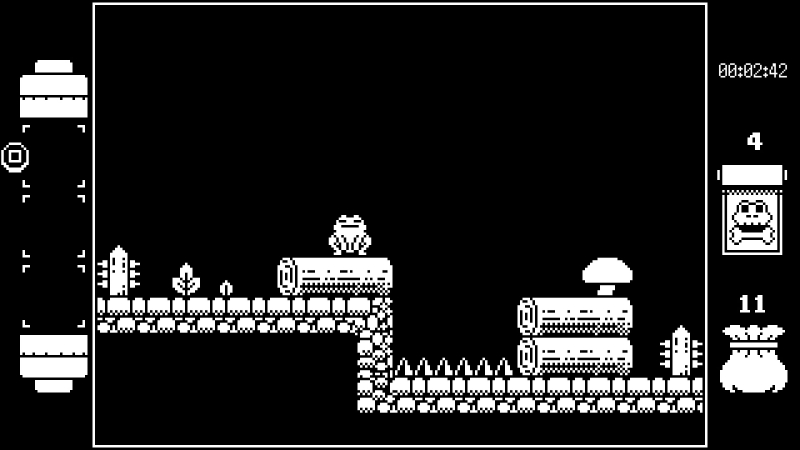 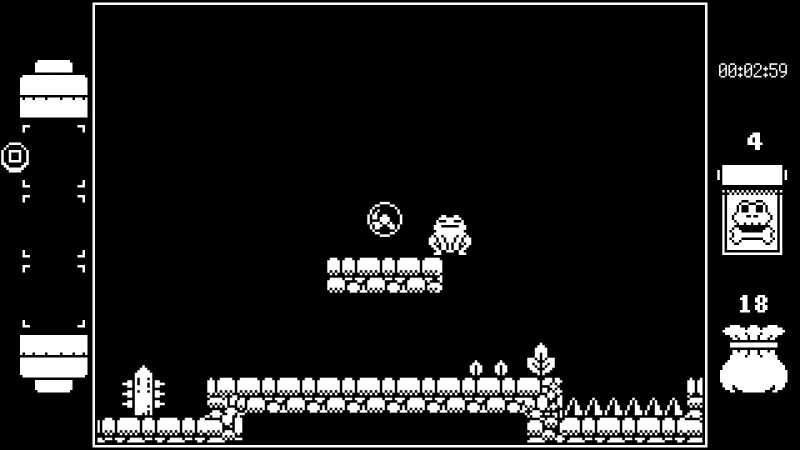 You might die a few times as some of the platforming parts can get tricky, particularly on level 4 when you'll have to get past 2 birds, but there's checkpoints and no real pressure with time or anything so with enough practice anyone should be able to get through the 5 levels needed for Platinum. 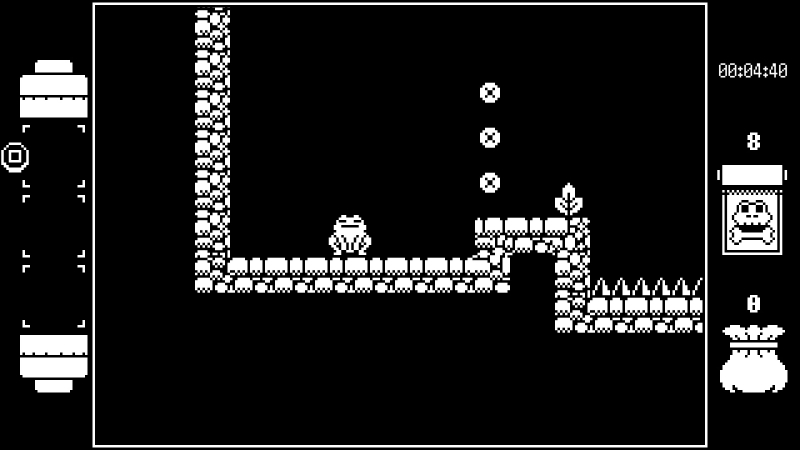 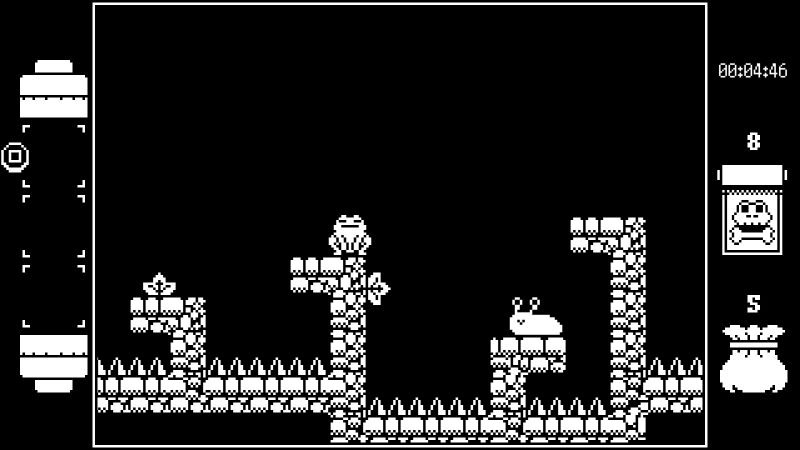 You can take your time but with a bit of luck and skill, you could easily get through the 5 levels required in under 10 minutes. If you're playing casually I still think you can grab the Platinum in under 30 minutes. 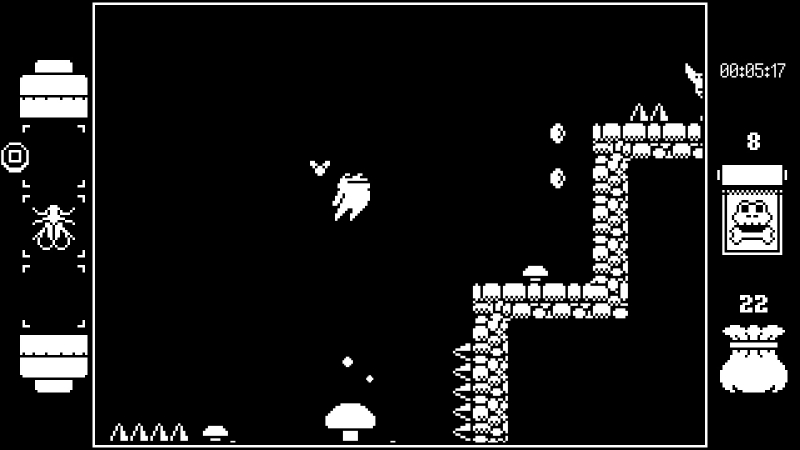 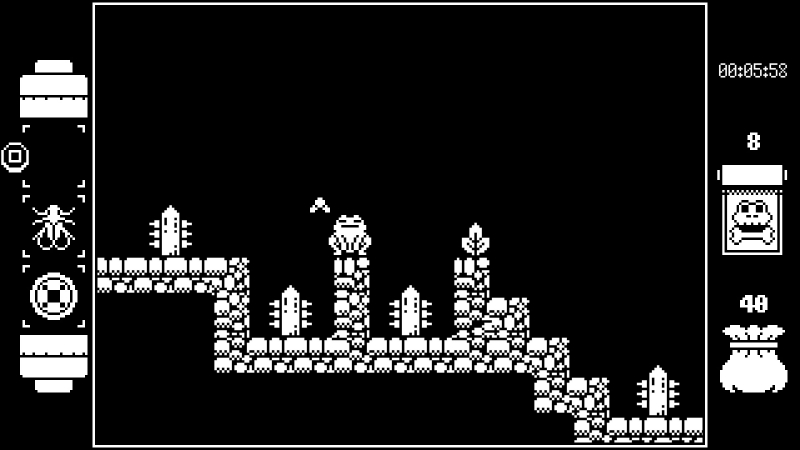 9/10
The game is very basic and doesn't take long to finish. The levels are pretty short and with the checkpoints it's not too challenging so it's a nice simple double-Platinum. 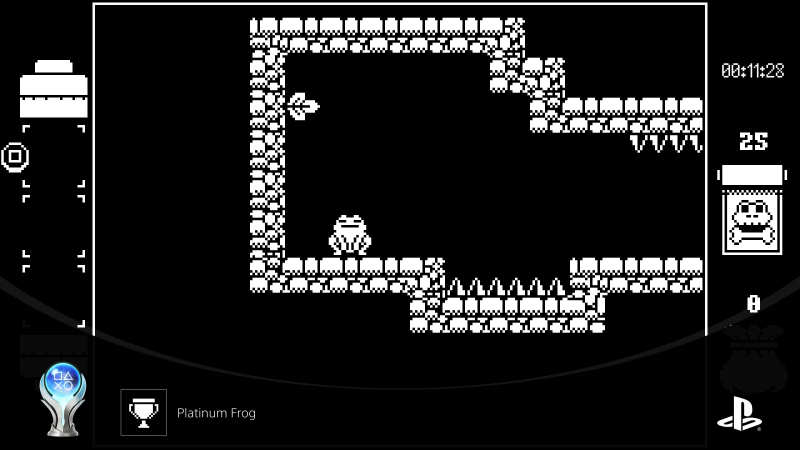 8/10
I only played the first 5 levels to unlock the trophies and didn't really have any intention of playing any further, but the gameplay is smooth and easy to control so it was quite enjoyable while it lasted. I do think a bit more effort on the graphics would have been good, even if just some colour thrown into the mix but overall it's a nice basic platformer with 2 cheap Platinums so there's nothing to complain about. 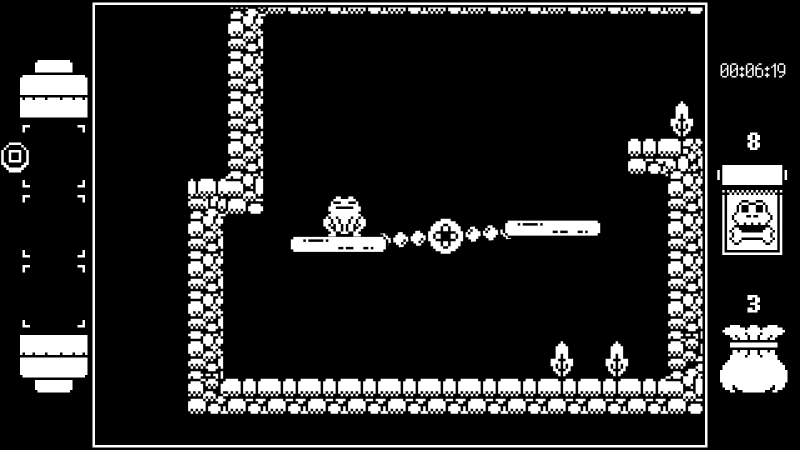 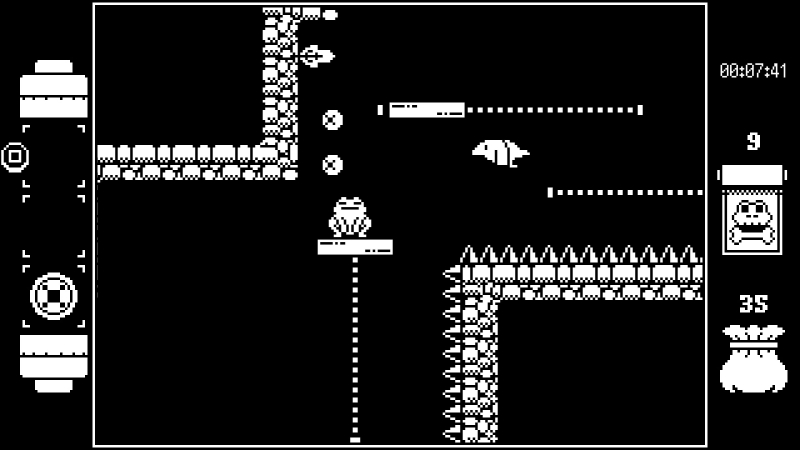 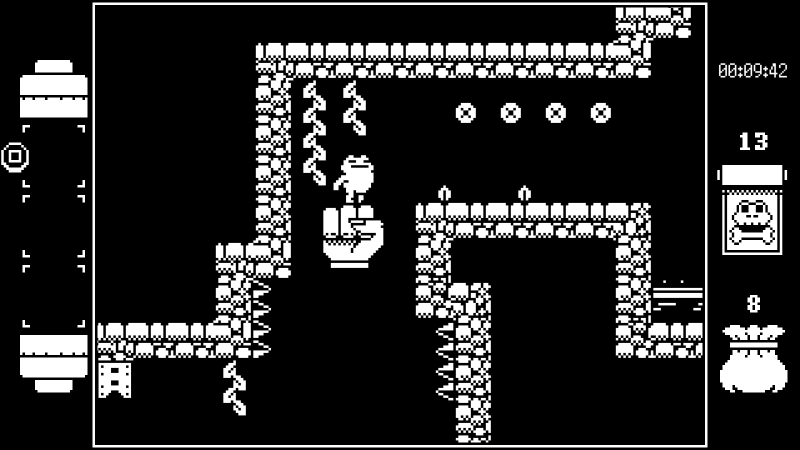 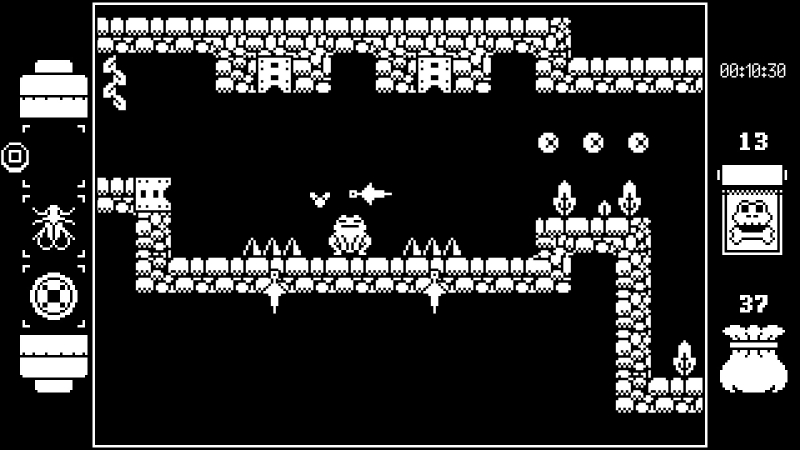 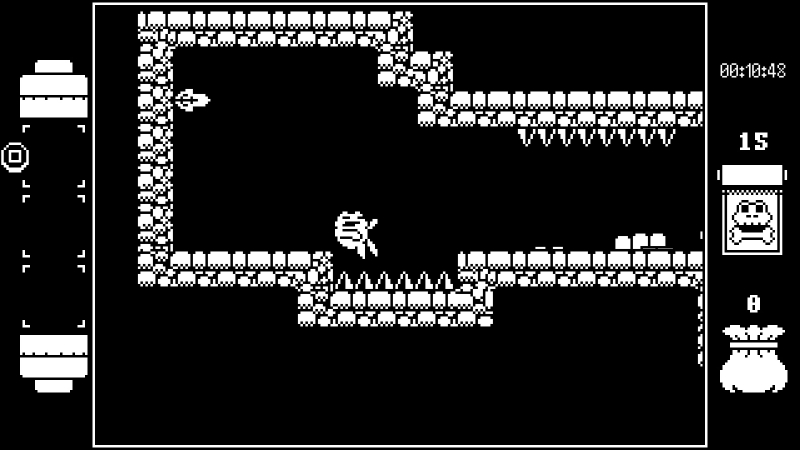 View all of my Platinum Trophies
This article has been viewed 589 times. Thanks for your support!