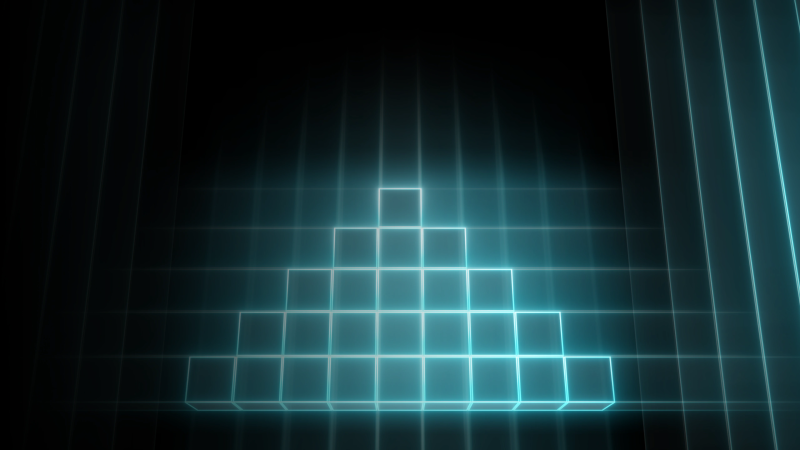 GLO is a fast-paced platformer in the dark. Get your square to the exit with nothing but temporary light bullets to guide your way. Platinum in under 20 minutes!

First of all, let me just say that screenshots don't really do much to show off this game. 90% of each level is in total darkness and the idea is you shoot your light bullets with R2 and aim with the right stick to see where you need to go, then try to reach the next safe spot using your memory. You can press X to jump and holding it for a bit longer will slightly increase the height, then when you're in the air you can press X again to give you a slight boost, almost like a double jump. You can also cling to walls and jump up them and occasionally you'll find a powerup which allows you to fire your alternate weapon with L2.

The aim is to reach the black and white square at the end of the level. This isn't always on the right hand side, you'll occasionally need to jump your way to the top or drop down to the bottom of the level. Missing a platform will usually result in death and you can expect to die many times while you get used to the levels, but within a second you're back at the start to try again. There are no mid-level checkpoints so you'll need to do each level in a single life, but they generally take less than 30 seconds.

As you get to around level 10, enemies are introduced in the form of red rectangular catepillar type things which you can jump on to destroy and eventually flying purple enemies which you can destroy by shooting them with your light bullet. This adds a little bit of complexity to the levels as the enemies will respawn each time you die, so you might want to spend the time getting rid of them before attempting the platforming sections.

For the Platinum you simply need to beat the first 20 levels and die 50 times. The death trophies will probably come naturally as some of the levels can be quite tricky and require fast reflexes but you can always grind out any additional deaths by running off the side of any level once you've finished the first 20. 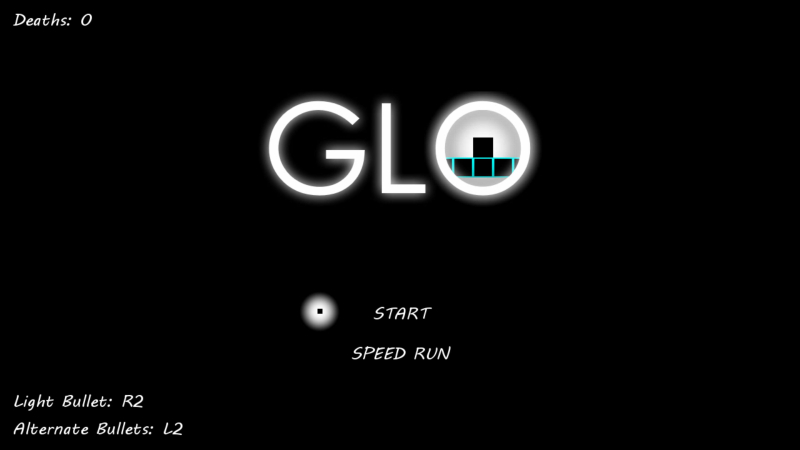 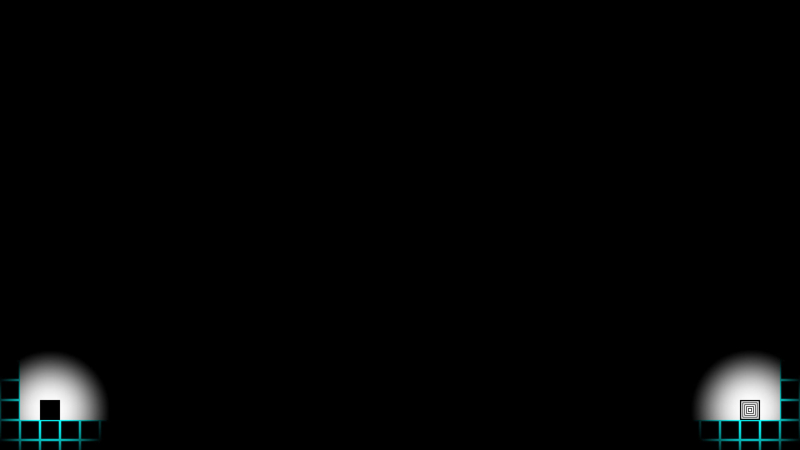 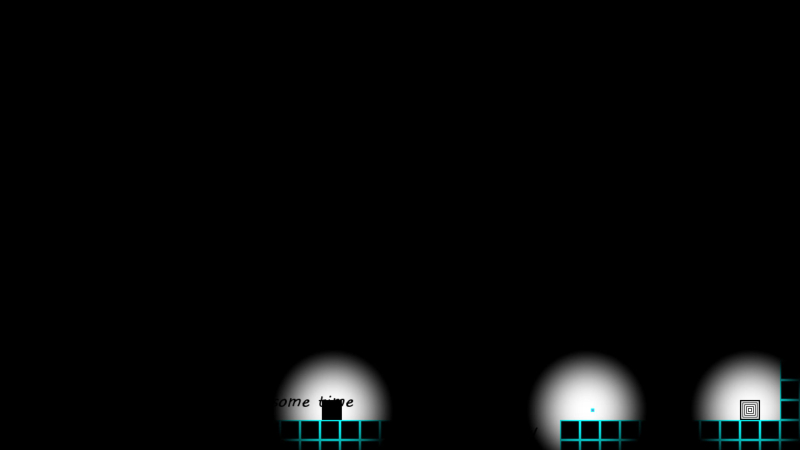 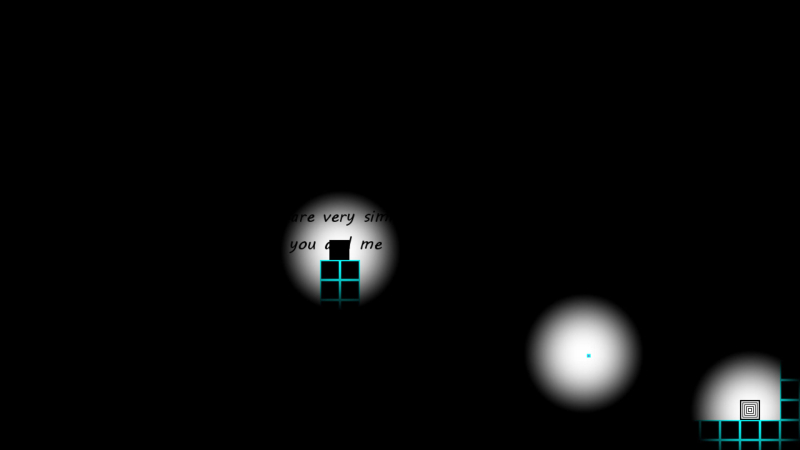 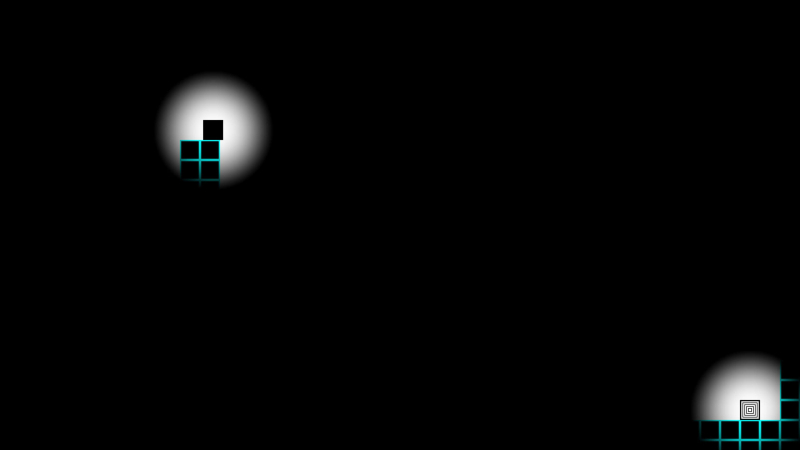 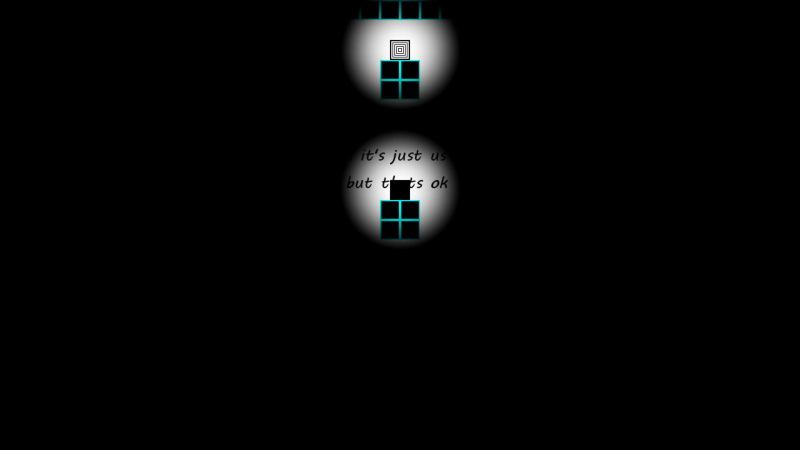 Level 20 isn't necessarily the hardest one of those you need to complete, but depending on how many times you've died, it could well be the last trophy you get. Personally I found some of the levels in the middle of the game (around level 15) to be quite tricky. 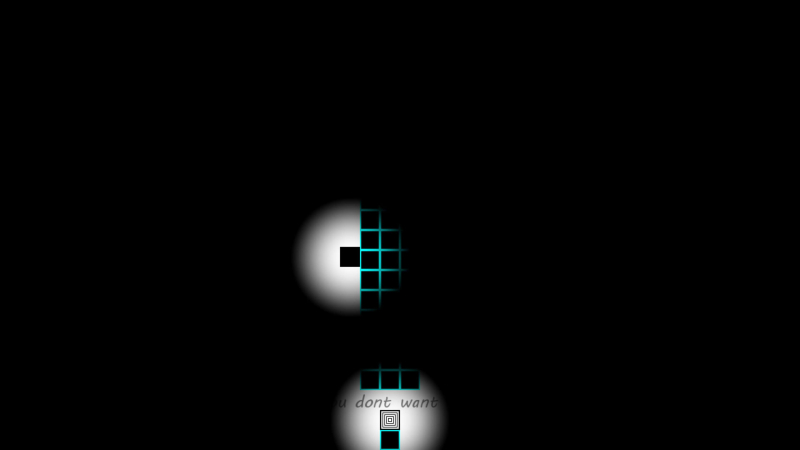 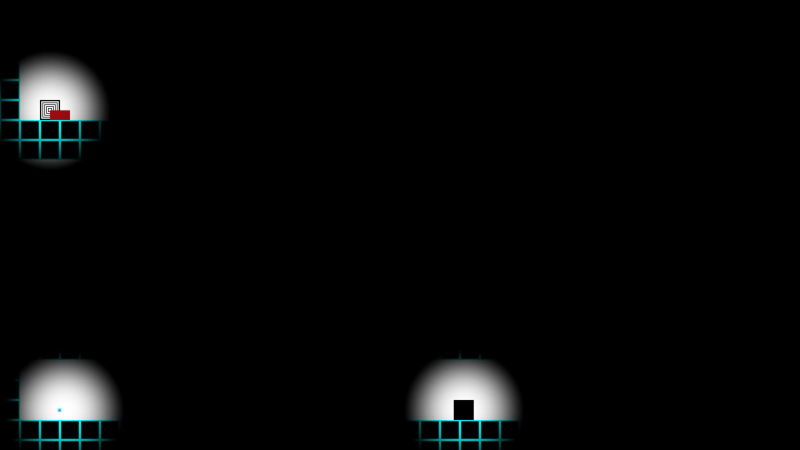 There's really no exploits or tricks to help with the game. You have unlimited bullets so shoot all around the level to get an idea of where you need to go and also to try and take out any enemies on the later levels. Otherwise just remember where you need to land in the darkness and practice your muscle memory as you'll end up pressing the same buttons over and over until you make it through each level. 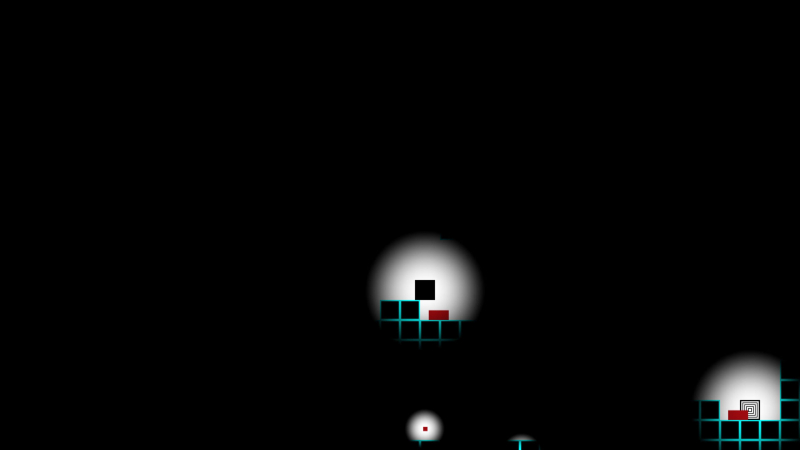 A few of the levels can be a bit tricky with tiny platforms you'll need to land on after perfectly timed double-jumps but in general you should be able to get through each level in under 10 attempts. 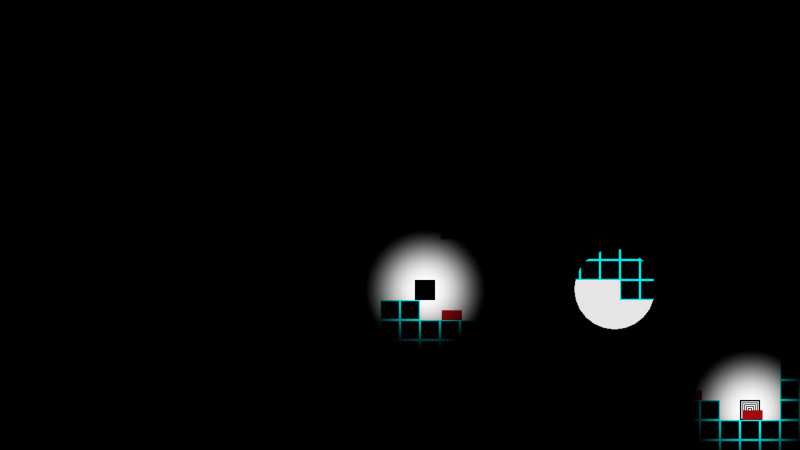 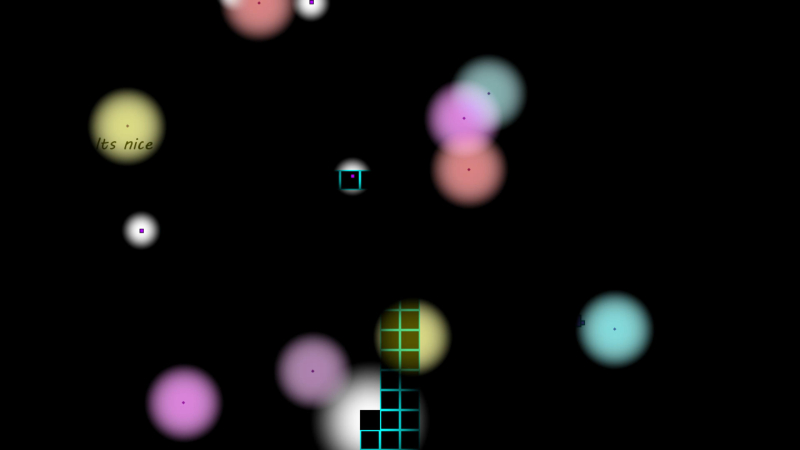 I played through twice, first on PS4 then on PS5. Because I knew my way through the levels it was a lot easier and quicker the second time, but if you play it through blind first, it could take you around 30 minutes depending on your reflexes. 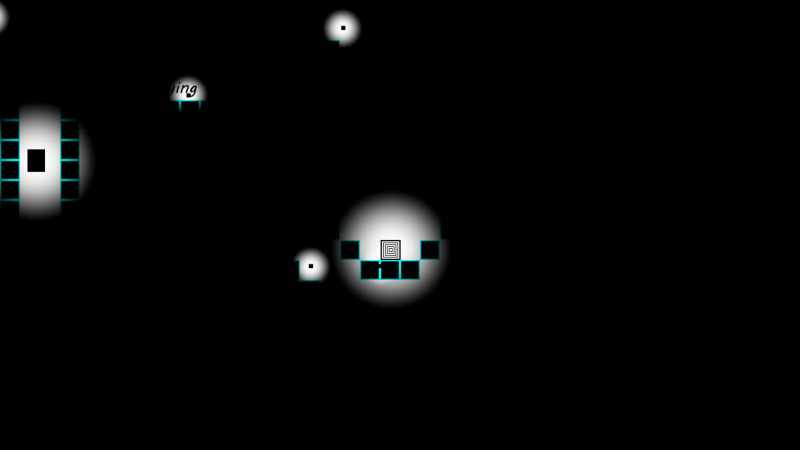 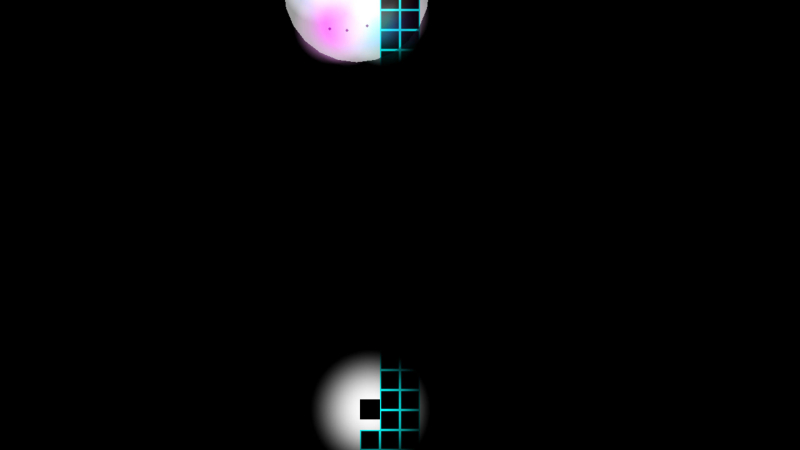 8/10
It was a good game with a bit of a challenge, but I'm very grateful the Platinum only required the first 20 levels. I personally feel it could get quite frustrating if you had to complete all 100 of them. 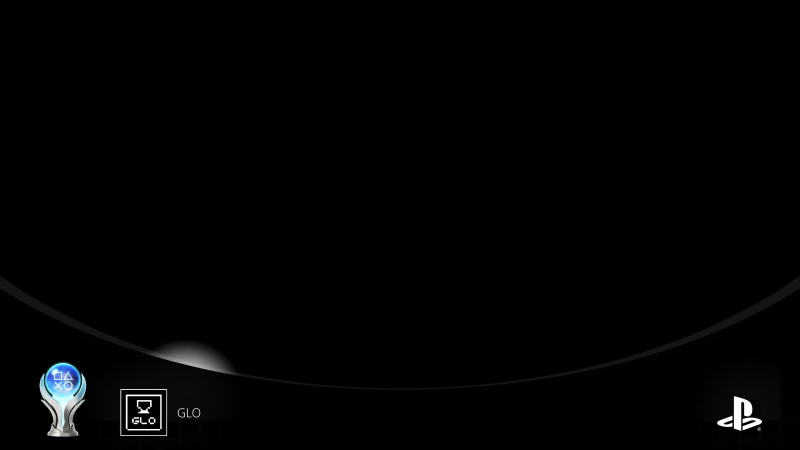 8/10
It's a good game. Graphically perhaps a bit disappointing but it's one of those games that is just good fun to play and with the quick respawns after death, it makes you want to have one more go over and over until you've finished it in one sitting. The fact there are 80 more levels than the 20 you need to complete for the Platinum means you'll be getting good value for money if you want to continue playing, but even so, 2 quick Platinums for one low price is decent in itself. 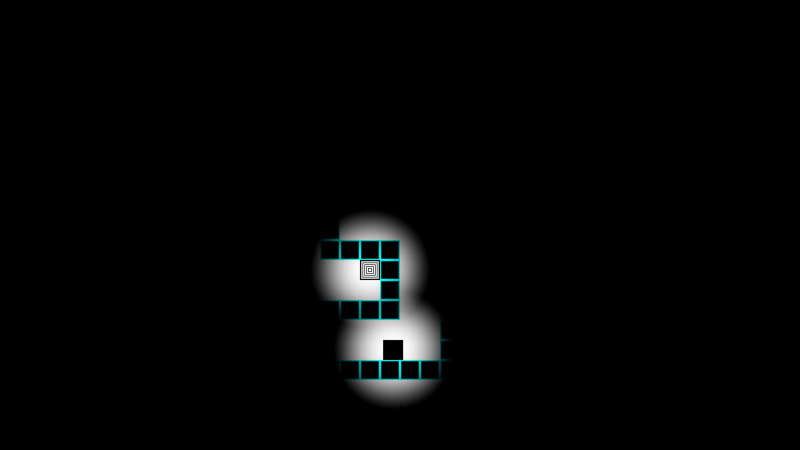 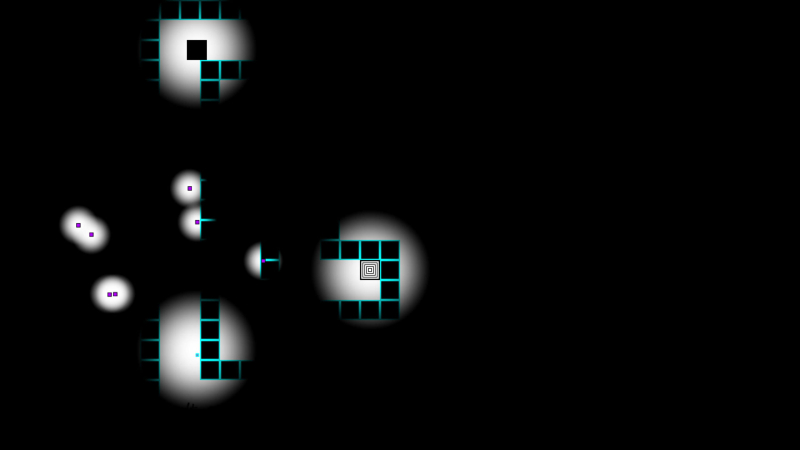 View all of my Platinum Trophies
This article has been viewed 588 times. Thanks for your support!