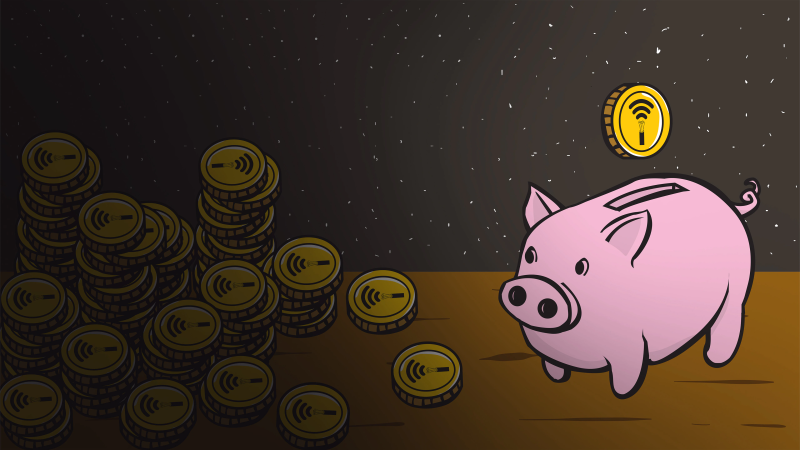 The Pig D is one of the quickest and easiest Platinums you'll ever unlock. A cheap game aimed at trophy hunters. If that's you, check it out!

It's actually quite hard to explain this game because it's so basic. Essentially, your objective is to drop coins into a piggy bank. Actually... that's literally it. There's no other gameplay required besides holding the R1 button. I can't even show off too many screenshots because there's only really a main menu and the piggy bank scene.

By holding R1, you'll occasionally see a coin drop into the slot on the top of the piggy bank and your 'coins earned' stat will constantly increase almost like a timer. Your objective is to hit around 9500 coins which will take just under 3 minutes and that's all you'll need to do for the Platinum. Trophies will unlock every 500 coins earned so you can sit back and just watch them pop every 20 seconds or so. 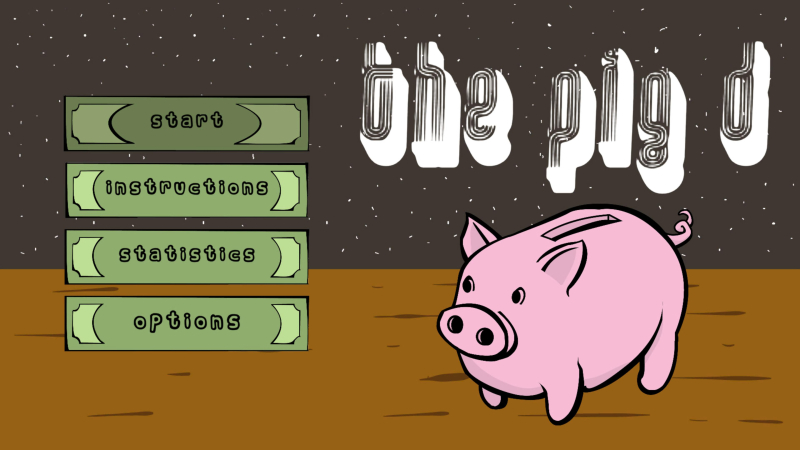 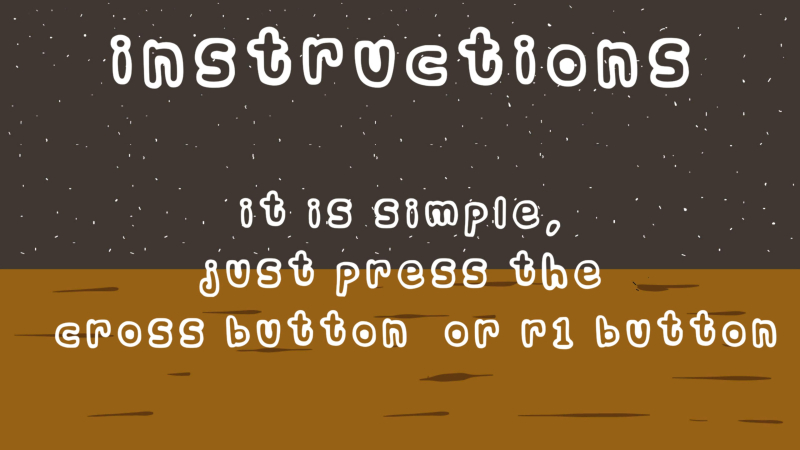 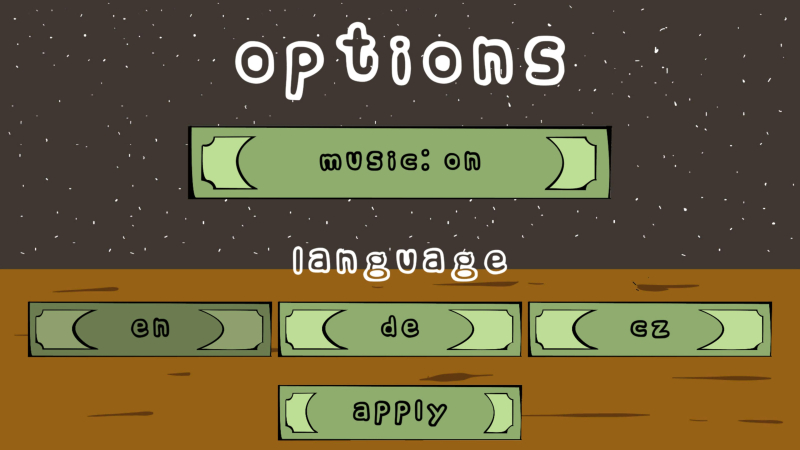 This is the last one that will pop before the Platinum. You'll get it somewhere around 2 mins after you start holding R1. 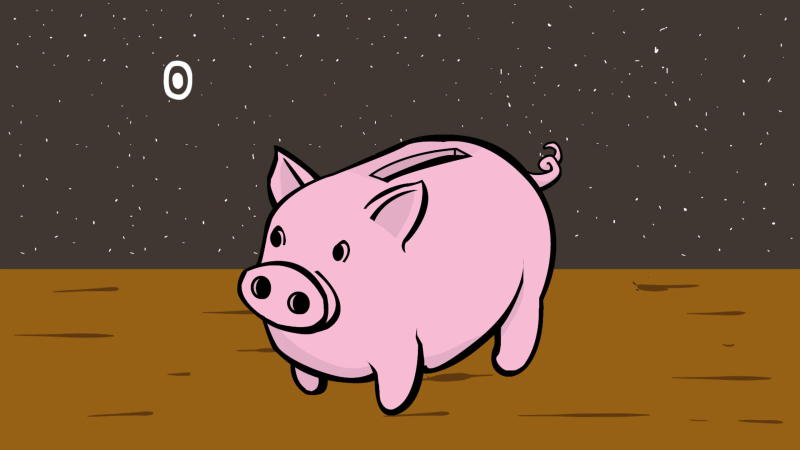 0/10 isn't a rating I do, because that would suggest the game Platinums itself. This one couldn't really be much easier though. Hold one button for around 3 minutes and you're done. 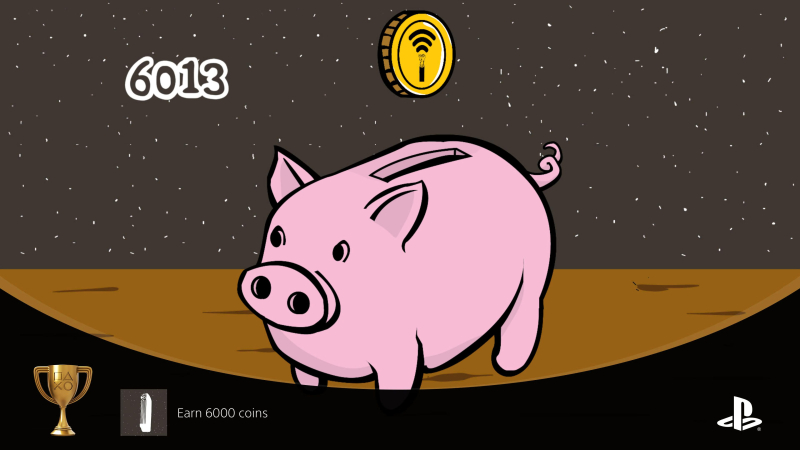 I'm not sure how some people are able to save a few seconds on the Platinum time, however everyone I've looked at seems to have gotten this Platinum between 2 and 3 minutes so it shouldn't take anyone any longer than that. 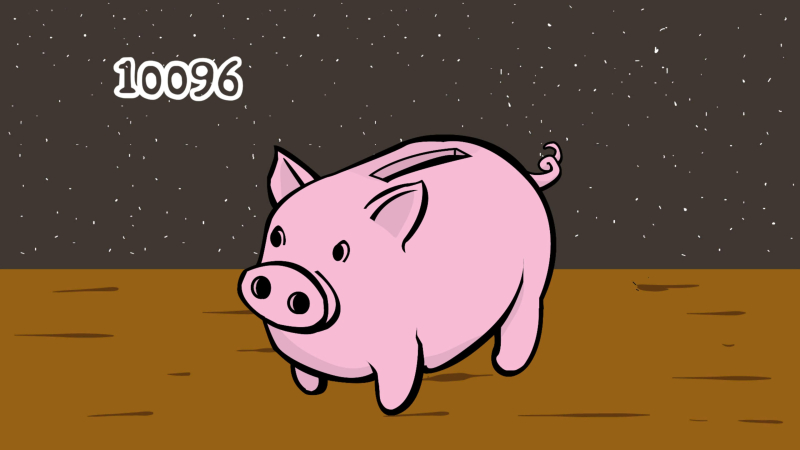 10/10
If you're going for an easy Platinum then this is the game for you. It takes no effort whatsoever. 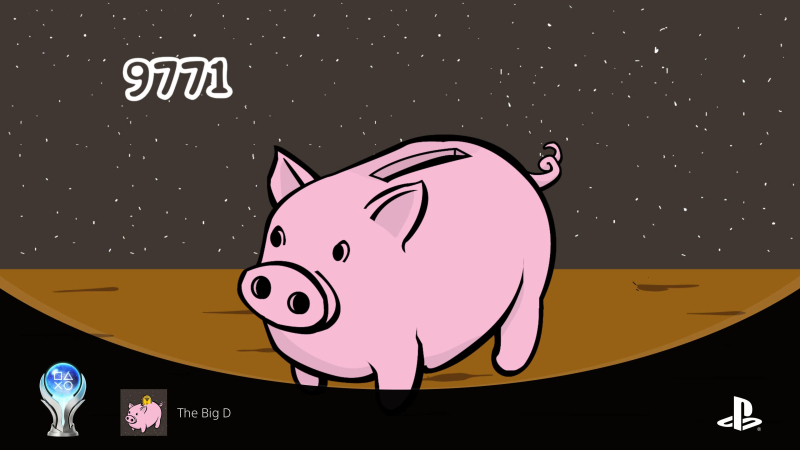 2/10
Thankfully I played this entirely for the trophies, so the 'game' itself was quick and easy, however if you don't care about PlayStation Trophies then you really don't want or need to buy this game. There's no actual gameplay here and you're literally just paying for a way to unlock some trophies and increase your PlayStation ranking.

There is a market for these kinds of cheap games and I often buy them and play them myself, but they usually have a little bit more gameplay behind them than this one. It's a trophy popping simulator more than its a game. I'm not knocking the developers for this as the business model works and there are around 1000 people who've Platinum'd it so far, so its development has already paid for itself, however I'd like a little bit more of a challenge than holding a single button for 3 minutes.

I gave this an extra rating point because I enjoyed the musical soundtrack. 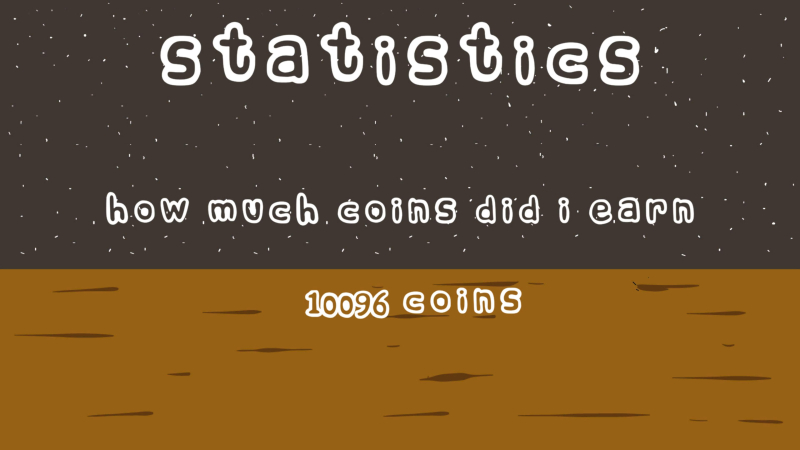 View all of my Platinum Trophies
This article has been viewed 447 times. Thanks for your support!