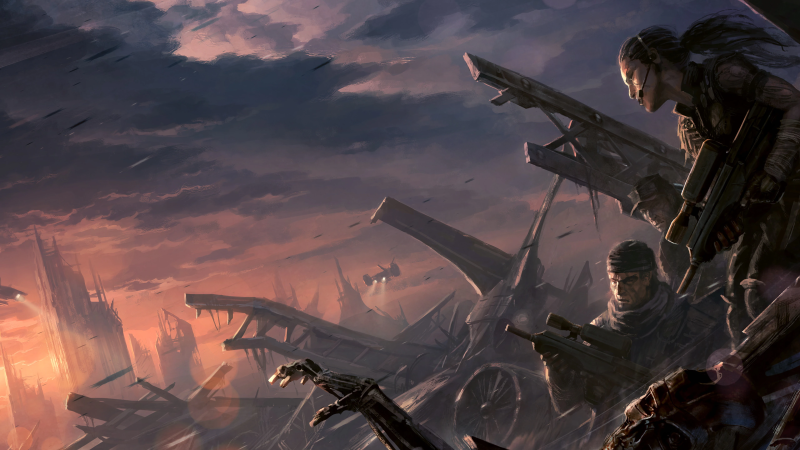 Take control of Private Jacob Rivers as he leads the fight back against the Terminators in this post-apocalyptic first-person shooter.

Firstly, I wouldn't exactly say I'm a big Terminator fan. I might have seen one of the movies a lot of years ago and I understand the general concept, but I mainly played this because it looked like a fun first person shooter. I actually played the PS4 version earlier this year and thought it was surprisingly entertaining so I looked forward to the enhanced version being released on PS5. The original game wasn't really anything incredible so a re-release for PS5 was a bit surprising to some people but frankly I'm glad they did as it was nice to play again.

The PS5 Enhanced version improves on the original with faster load times and marginally better graphics and comes bundled with the Infiltrator mode add-on. Sadly it also suffers with some audio bugs where the sound would completely die (including making all of the PS5 sounds silent too) which was a bit annoying.

The story is loosely based around the same timeline as the first two Terminator films. Private Rivers is the sole survivor after his army division is wiped out by SkyNet. After finding a group of scavengers, various missions develop as he aims to help them by finding tools and medical supplies. This eventually leads to him meeting Commander Baron and working more closely with John Connor to help take down SkyNet before they send Infiltrator Terminators back in time to kill their mothers in order to prevent being defeated in the war.

Admittedly the story is a bit complicated but the gameplay itself is quite fun. It's more of a open-world shooter where you'll spend a lot of time collecting resources, picking locks and hacking machines. It feels a bit like Fallout with it's post-apocalyptic setting, only all of the enemies you're battling are metallic robots and drones. At the start of the game you'll have access to a pistol, a submachine gun and eventually an assault rifle, but as the story progresses you'll gain the ability to use the Terminator's plasma weapons which changes the game completely as you can upgrade them with parts you'll find when looting any of the robotic enemies you've destroyed. 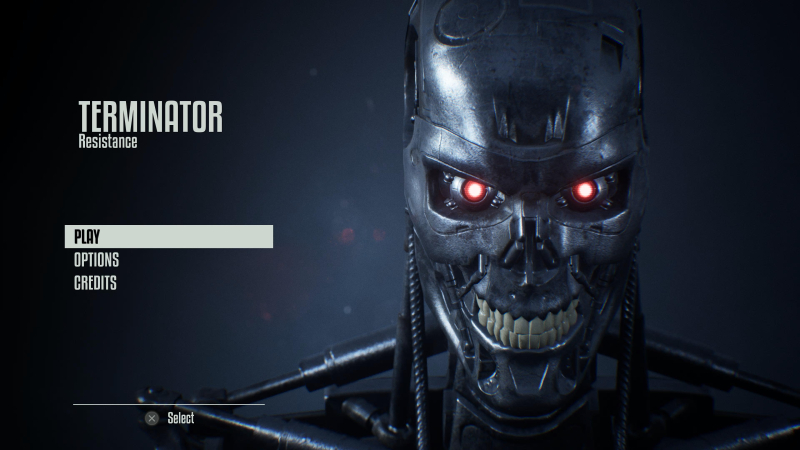 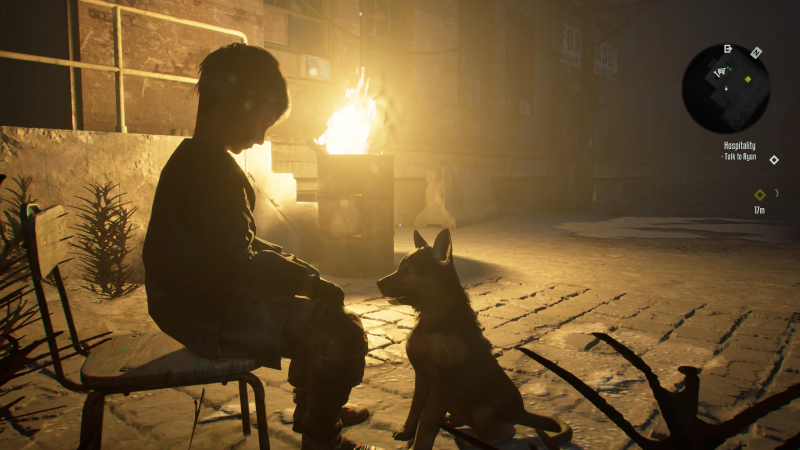 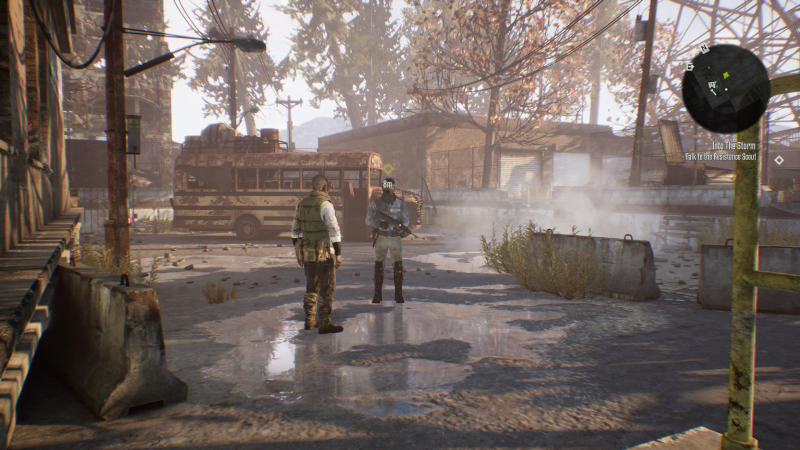 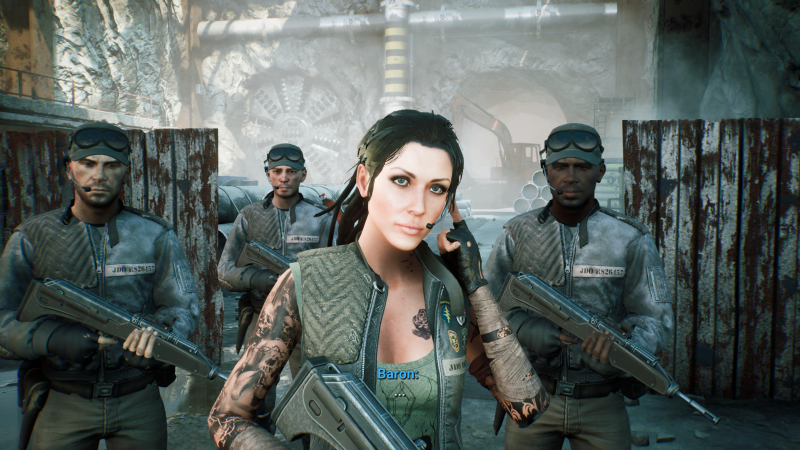 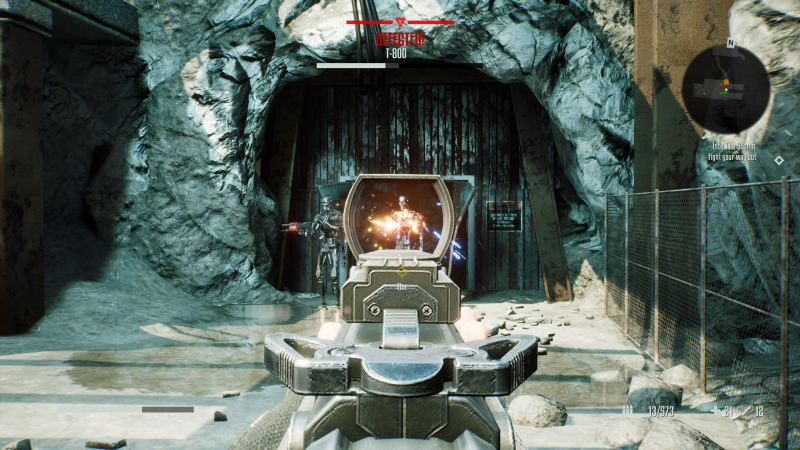 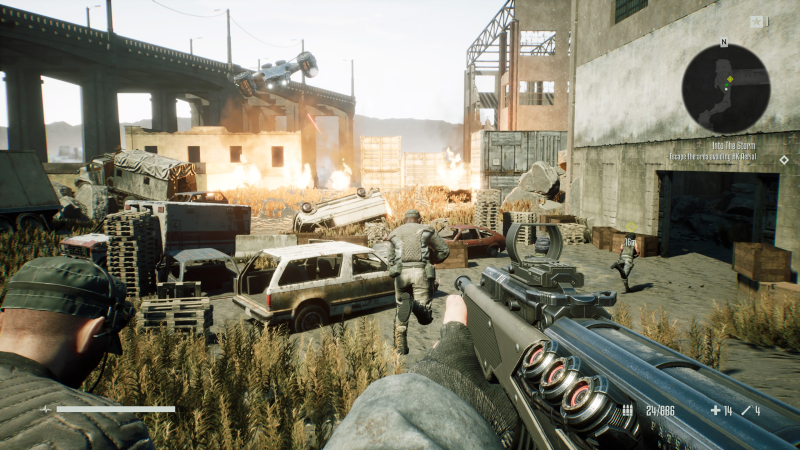 Most of the trophies in the game are story-based, or at least things you'll eventually do through normal play. Perhaps a bit time consuming but not necessarily difficult. This one is the same, although the challenge is collecting all 3 secrets in a single playthrough without dying. On the easiest difficulty it's not too much of a challenge but you'll probably need a guide to help you find them the first time you play through as they're fairly well hidden. 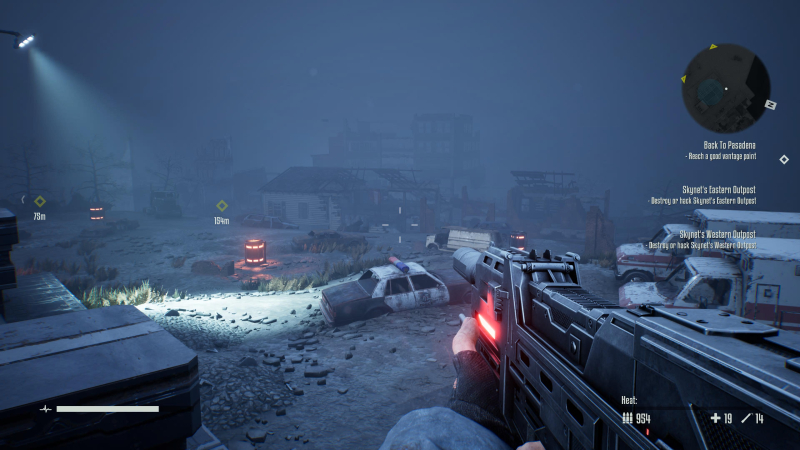 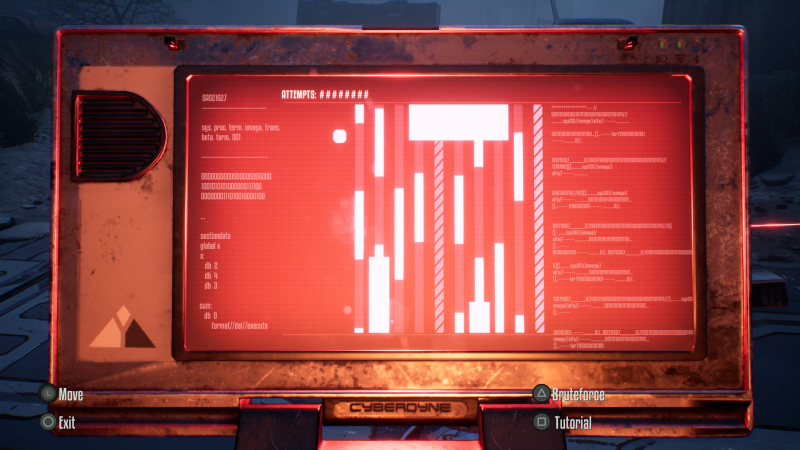 There's no exploits or bugs which allow you to gain an advantage, but playing on Easy difficulty makes the game fairly straightforward anyway. As you level up and unlock skill points you'll get stronger and with the weapon upgrades, you'll also find it easier to take down enemies. 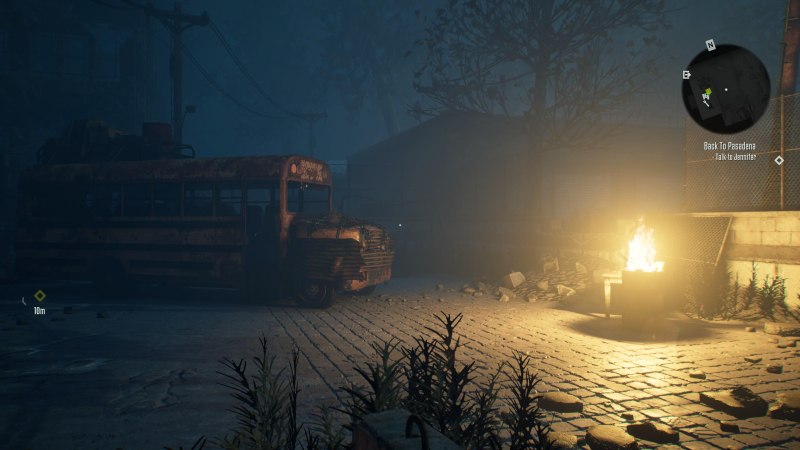 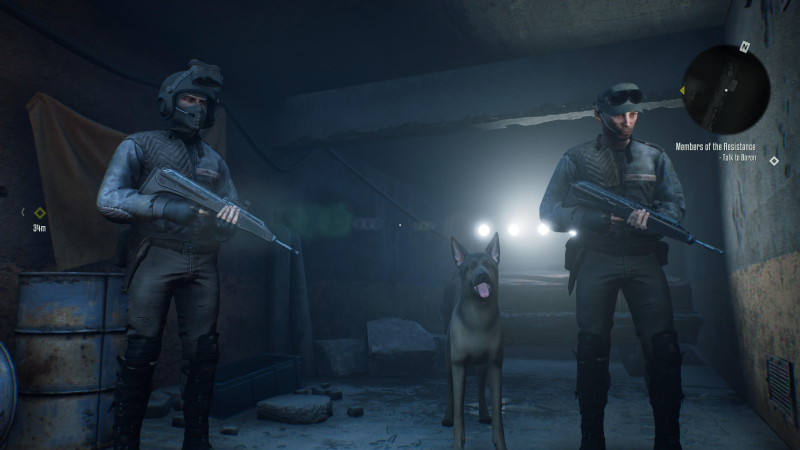 There were a few challenging parts, but most of the times I died were caused by getting stuck on something in the level and not being able to escape oncoming fire. It's a pretty straightforward game with plenty of helpful checkpoints and it's weighted in such a way that you'll probably start to be overlevelled as you reach the half way point of the game. 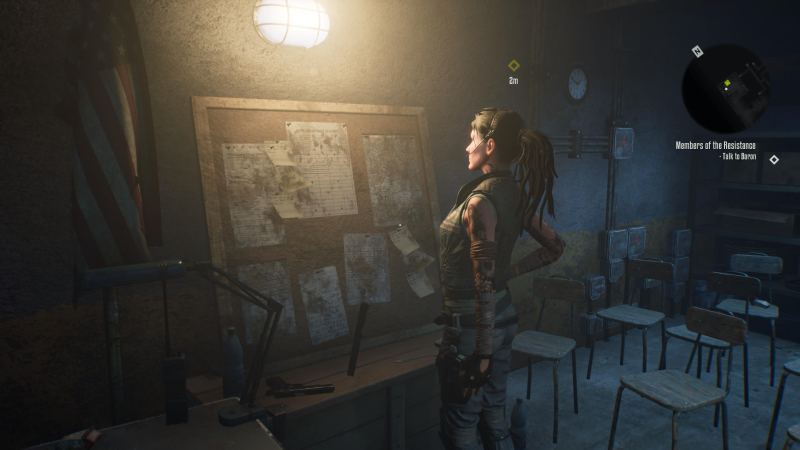 It took me the best part of a week (playing a few hours a day) to get the Platinum. You could rush through the whole game in under 10 hours if all you wanted to do was complete it, but if you're like me and like scavenging for ammo and trade resources it'll probably take you a bit longer as there's a lot to find. 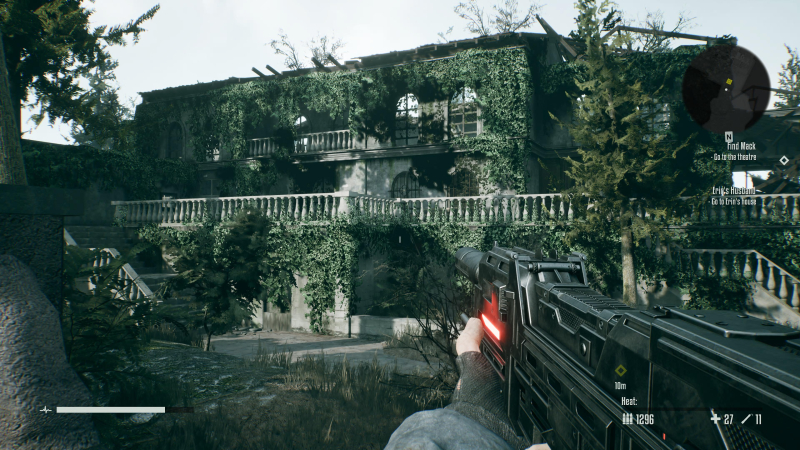 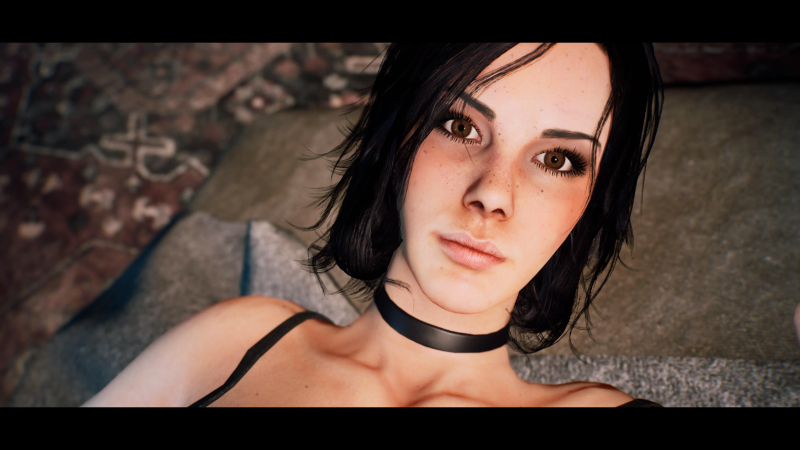 9/10
I really enjoyed this game, probably more-so the second time I've played through it. It's a great first person shooter with some nice RPG elements and the addition of the Infiltrator mode (which I believe was DLC for the original) is a nice extra. It's not too challenging and doesn't take too long so it was a good and fun Platinum. 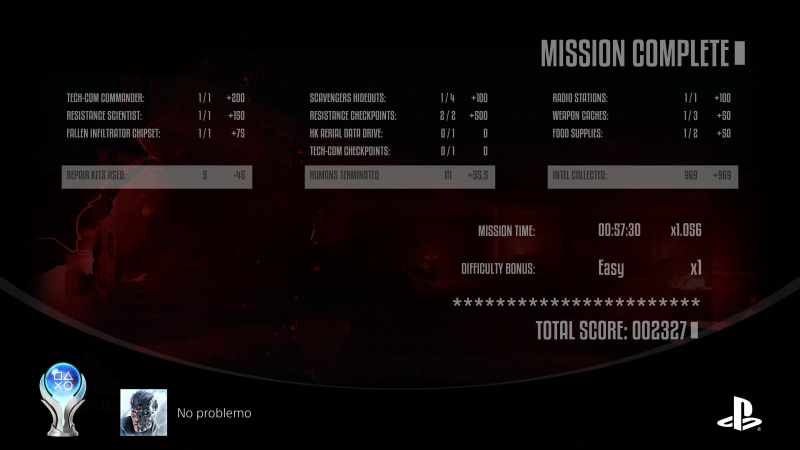 8/10
It's a really enjoyable game with some nice level design and graphically it looks great. The story is decent and the gameplay is fun with a combination of looting and combat. I'm not sure if I'd spend £40 on it at full price, but renting it for around £10 or getting the PS4 version with the free PS5 upgrade for cheaper would be a good way to experience it. 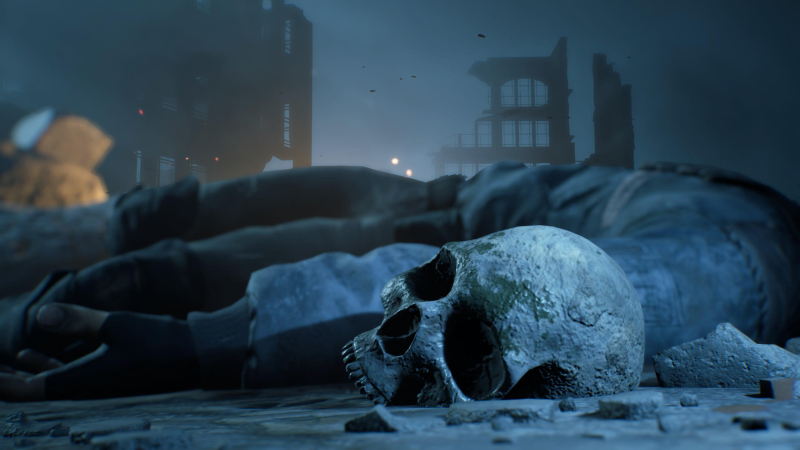 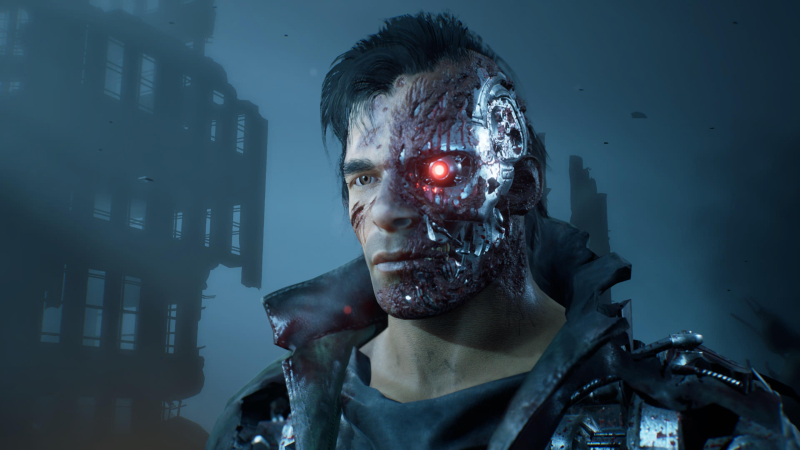 View all of my Platinum Trophies
This article has been viewed 1362 times. Thanks for your support!