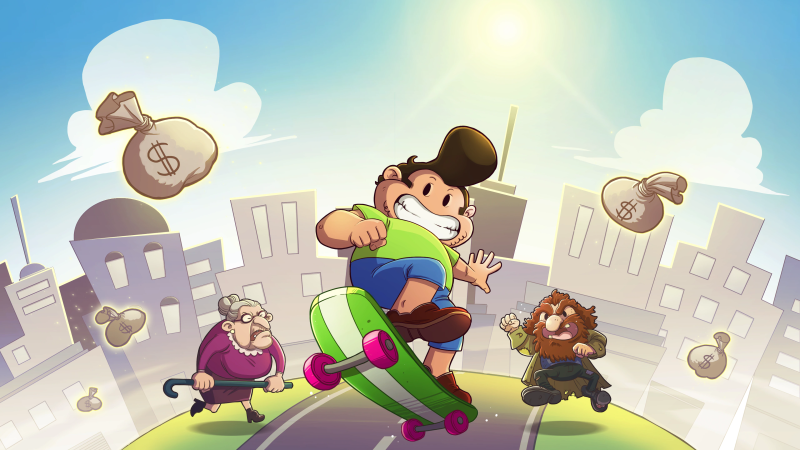 Hop over hazards and bounce on enemies in this quick and easy old school skateboarding platformer.

Skatemasta Tcheco is a fairly basic old school platformer which brings back memories of some of the games on SEGA Mega Drive. Somehow it's now on PS5, taking full advantage of the available processing power. The controls are basic, you simply move Tcheco forward and back with the left analog stick and press X to jump. When you're in the air you can press a direction and you'll do an air-dash which can be used to defeat enemies and destroy present boxes, otherwise simply jumping on their heads will take them out.

On each level there are a number of collectables to grab including bags of money which affect your score and letters to collect which unlock the name of a friend. If you get them all, you'll call out your friend's name when you reach the boss at the end of the level and they'll help you by attacking the boss, but they're pretty simple to defeat anyway so the only real reason for getting the friends is for the associated trophy.

For the Platinum you'll need to complete 2 levels, which I recommend going for the two easiest - Concrete Jungle and Da Mall. Once you finish the first one, save the game when asked by the character at the end of the level, but after finishing the 2nd one, choose not to save for a trophy. 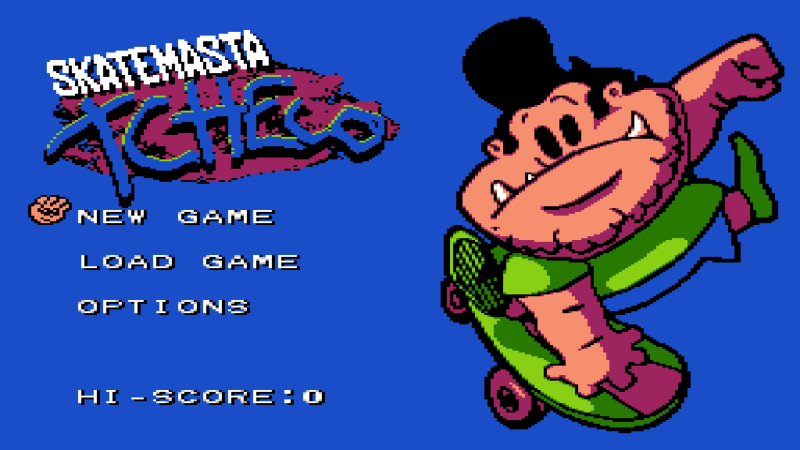 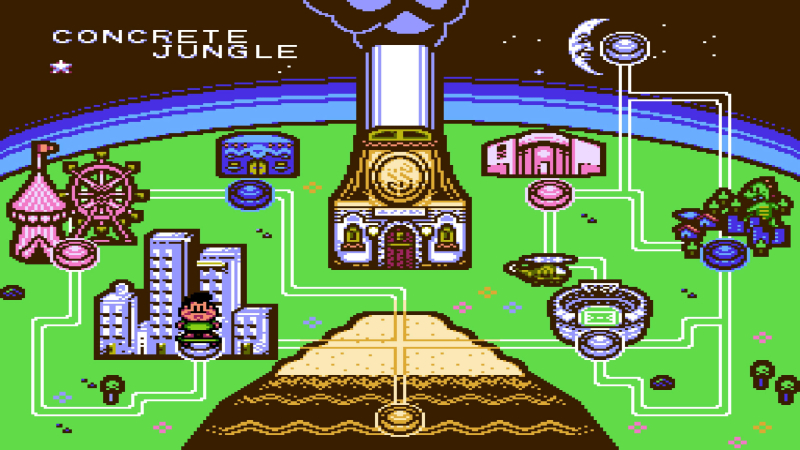 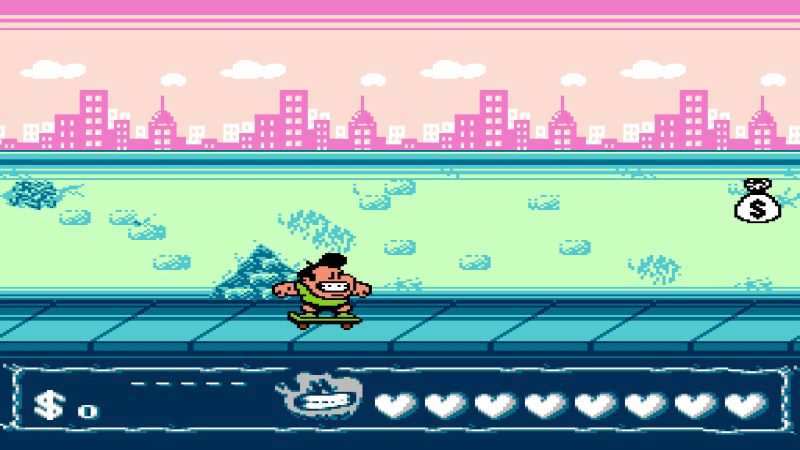 This one isn't actually that difficult but it might be the one you miss and need to replay a level to get. It's easiest, or at least definitely possible on Da Mall about a minute into the level where you'll be able to jump on two old women's heads then air dash into a third who will just about be appearing from the right side of the screen. 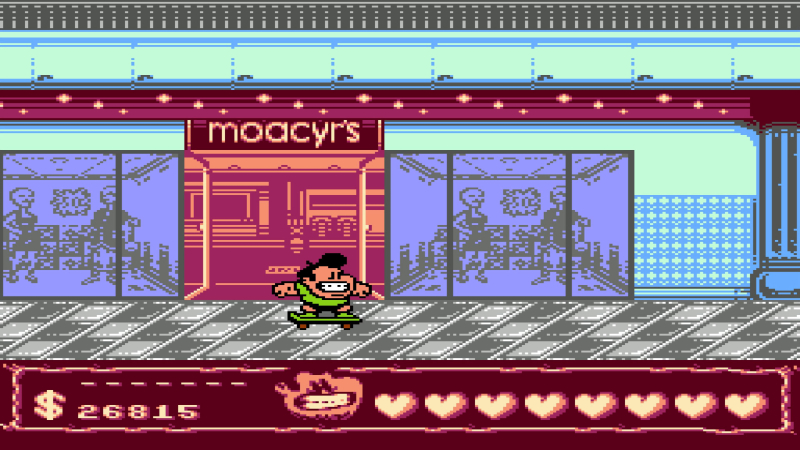 It's not really a game that needs any tips besides take your time, learn the controls and the levels. It might be tricky the first time through and you might die but once you know what you're doing it's pretty straight forward. 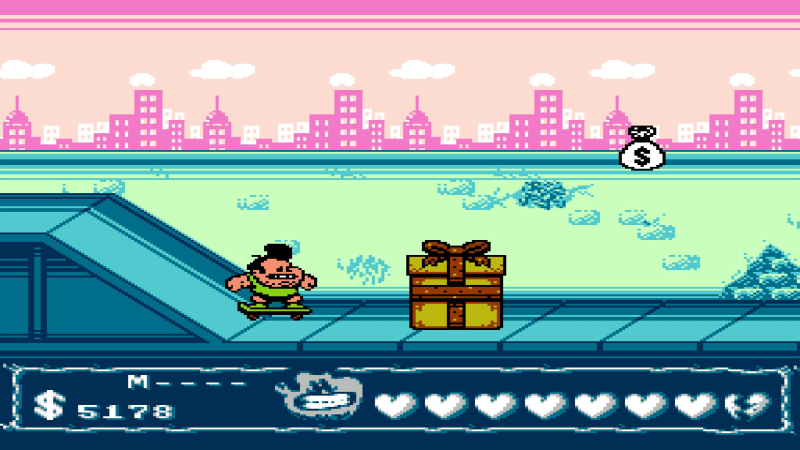 I had already played this game on PS4 so I know what I was doing, but the game isn't really difficult. With a few attempts you should easily be able to get through the 2 levels required for Platinum. 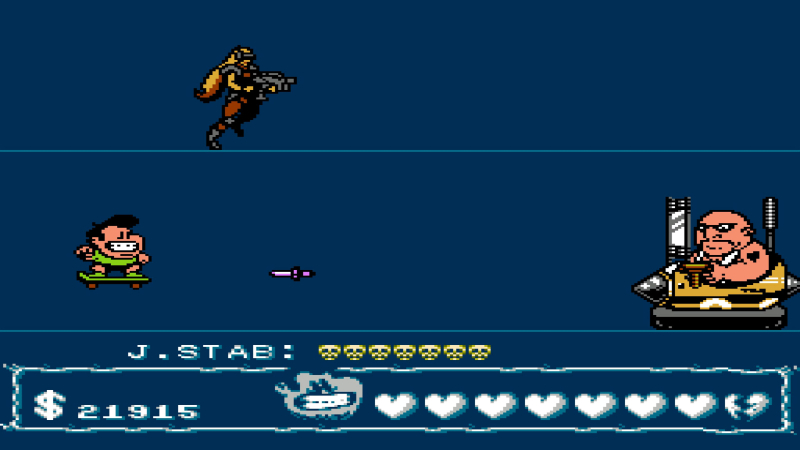 I got the Platinum in around 12 minutes with a few mistakes so it's definitely possible in under 10 minutes but if it's your first time playing through it could take a bit longer. It's a quick game which doesn't require much effort. 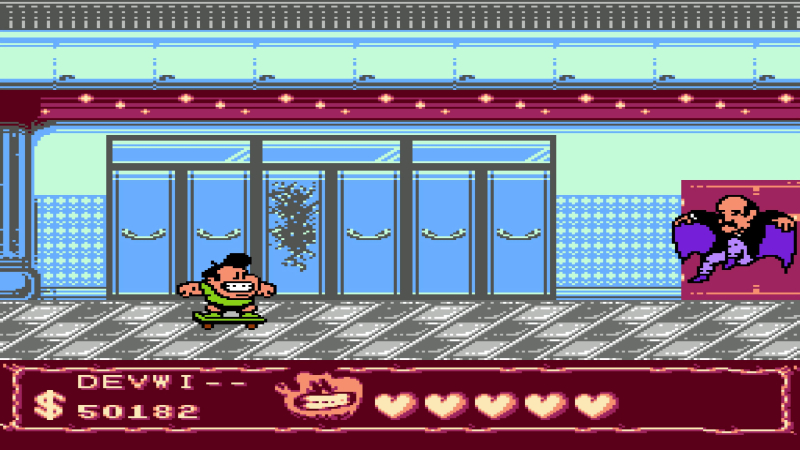 7/10
Because it was a quick and easy Platinum, I would say I enjoyed playing through it, but if it wasn't so easy I don't think I'd buy this game. If you're a trophy hunter, it's definitely worth grabbing. 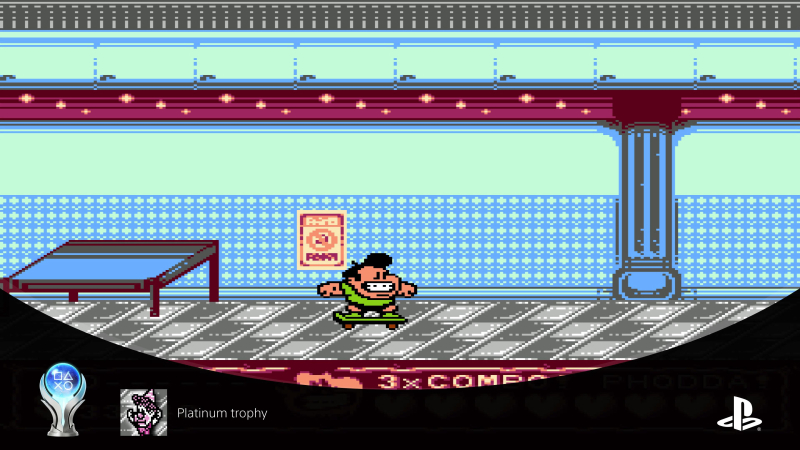 5/10
It might have been groundbreaking in the 90's, but it really doesn't look great on a 65-inch 4K TV. It's slightly fun and maybe your kids might enjoy it, but this definitely isn't one of the games you'd buy a PS5 to play. 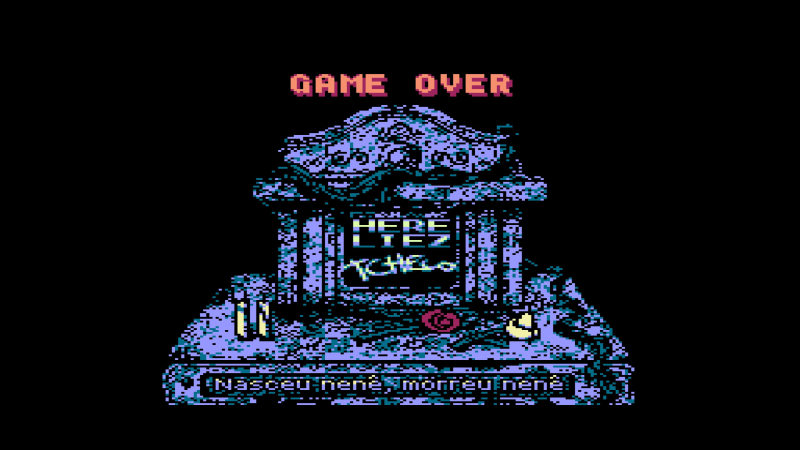 View all of my Platinum Trophies
This article has been viewed 600 times. Thanks for your support!