Help Mina and her buddy Michi solve puzzles and defeat baddies in this quick and easy Platinum!

Mina & Michi is a cute pixel art based puzzle platformer. It looks and plays very similar to Milo's Quest, another game by the same developer lightUP. You're able to control both Mina and Michi simultaneously with two different analog sticks, or play co-op with a friend. As you work through the map you'll solve puzzles, defeat enemies, collect magical items and learn special abilities which allow access to new areas.

The puzzles you'll encounter generally involve pushing blocks onto buttons which is easier using both characters. It is possible to get the blocks stuck which requires resetting the area so there is a bit of thought required, but once you've solved one of the puzzles, the rest of them aren't much different. Once you unlock a weapon, defeating enemies is as simple as pointing in their direction and pressing the attack button - X for Mina or R2 for Michi.

The game is very basic and the Platinum can be yours in under 30 minutes as you only have to beat the first two bosses and collect a few misc items. There's not much in the way of a map so figuring out which direction to head is about as complicated as it gets. 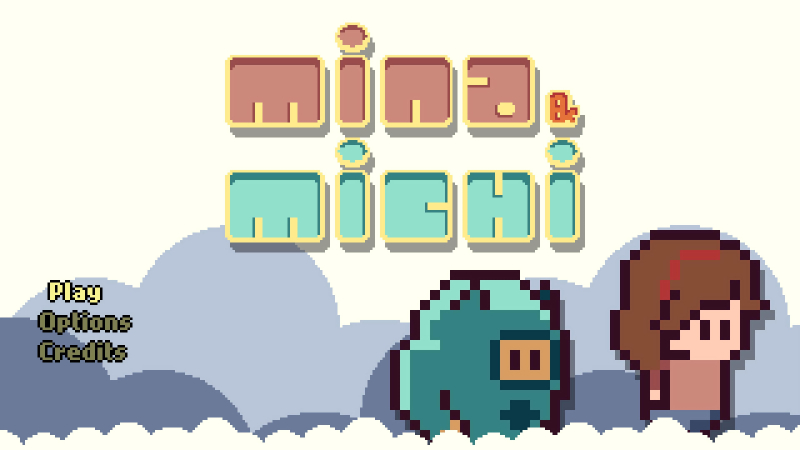 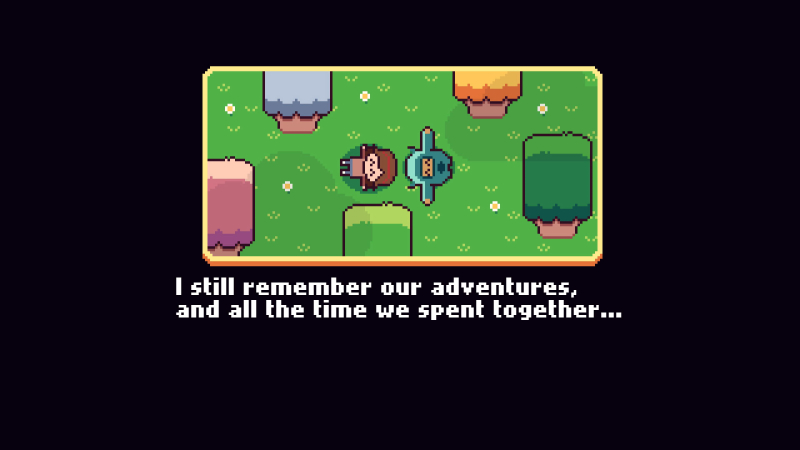 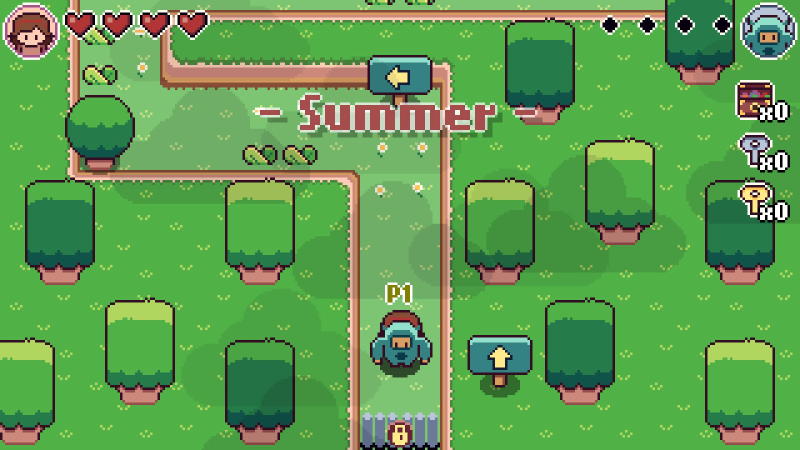 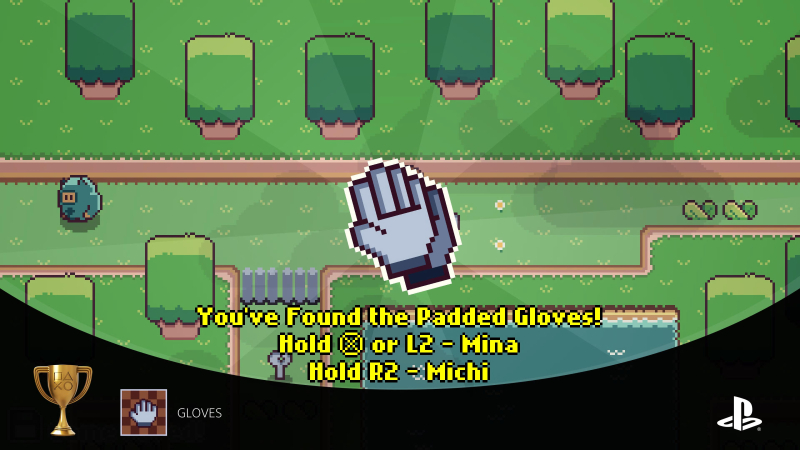 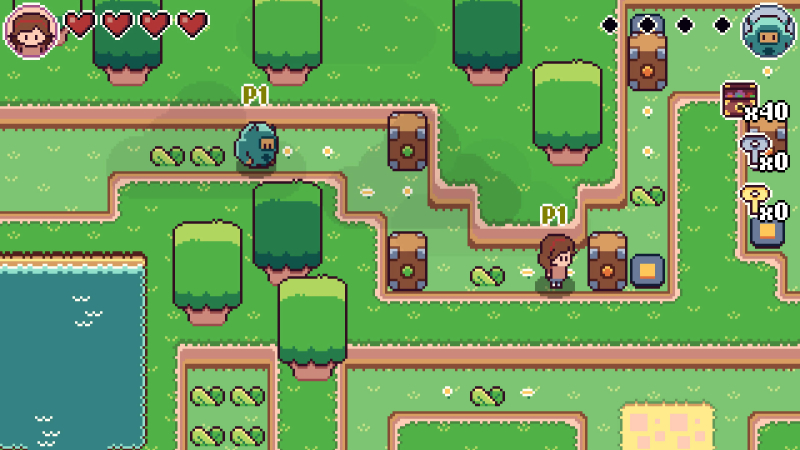 None of the trophies are in any way difficult and you should have them all by the time you defeat the second boss as long as you don't miss any of the collectables leading up to it. Both bosses are extremely easy to defeat, just move Mina out of the way and spam Michi's R2 attack which will wipe out the enemies health bar in a second or two. 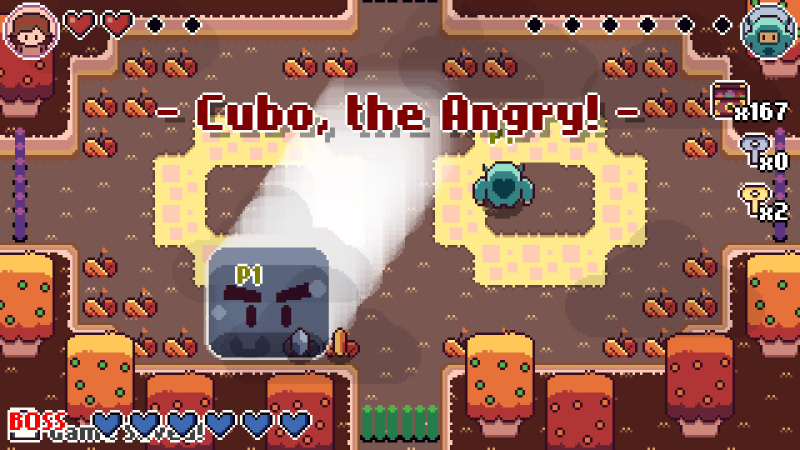 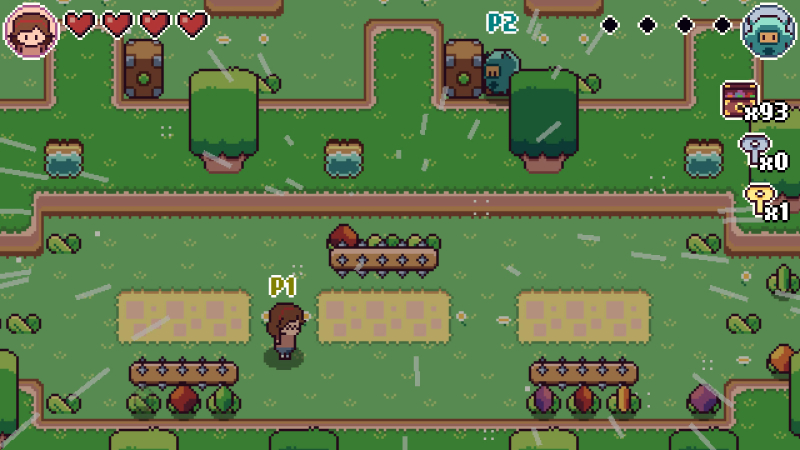 You can play on easy difficulty which makes things extremely simple. While Mina can die and you'll have to restart the current area, Michi is invincible, at least on easy, so you can use him to take down the enemies and walk through hazardous items like the spikes without any penalty. I recommend using him for the boss fights for this reason. Besides that, no real exploits are required as the game is incredibly simple. There's barely any challenge here. You might die a few times and you might mess up some of the puzzles (which require you to leave and re-enter the area to reset them), but if you take your time and collect the silver keys to unlock the boss doors, you'll be done in no time. If you know the exact route you need to take for all of the keys and items, it's apparently possible to Platinum the game in under 10 minutes, but given it's an easy and casual game, playing through on your own is more fun and should still take you under 30 minutes. 9/10
It was a cute and easy game. The main challenge was just learning where to go to find the keys and items. Some of the puzzles were a little bit tricky to get right but with a bit of trial and error there wasn't any real challenge. 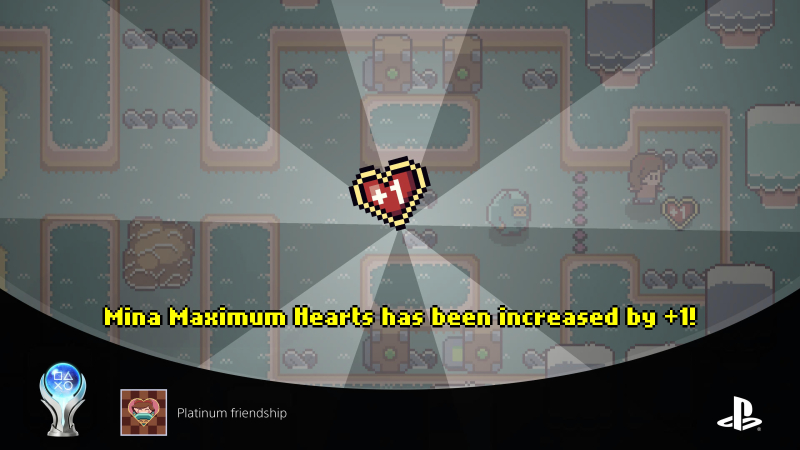 8/10
Although there wasn't much variation between the levels, it was fun to solve the puzzles and avoid the hazards. The graphics are nice and smooth and once you get used to controlling two characters at the same time, the gameplay is really pretty simple. I'm glad the Platinum only required the first two bosses as I have a feeling the game will start to feel grindy the longer you play it, but the length for the trophies was just right. If you want to keep playing after that, there's still plenty of content to be found! View all of my Platinum Trophies
This article has been viewed 302 times. Thanks for your support!