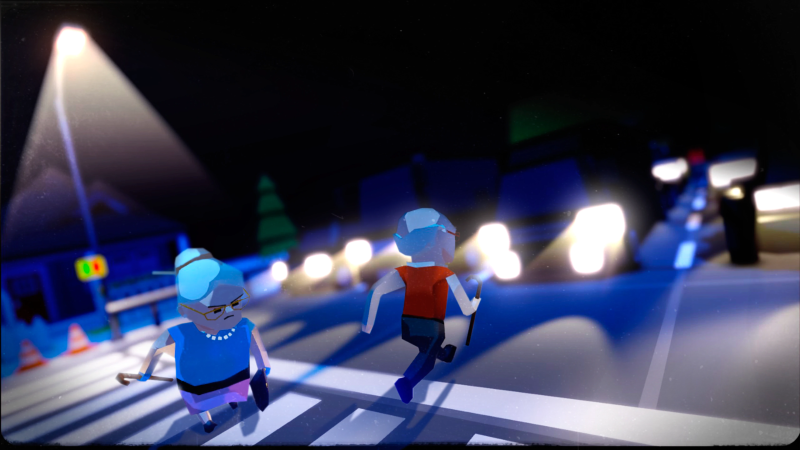 CrossKrush is a fun road based puzzle game where you've got to destroy as much noisy traffic as possible before it reaches your peaceful town.

The game plays as a sort of grid-based puzzle game on the road where cars move closer to your town one tile at a time every few seconds. You've got to take them all out within a certain number of moves for top scores. You can mark a tile with a bomb then wait for a car to drive over the top of it and detonate it or use your trusty cane to whack cars which takes a lot longer. If you get hit by a car you'll lose health and eventually die.

There are a variety of different vehicles, some with different abilities. For example basic cars, vans and buses just explode and disappear, however trucks carrying dynamite will blow up a bunch of surrounding vehicles too. There are also white vans which will mark lots of tiles on the road allowing you to blow up a bunch at once when you next detonate. The more important special vehicles are ambulances and steamrollers which you're not supposed to destroy or points will be deducted. Steamrollers will fix holes in the road from previous explosions whereas ambulances will speed up the traffic in their lane when destroyed, so it adds an extra dimension to the puzzle to make sure you destroy the surrounding vehicles while leaving them safe.

You can choose from a number of difficulty settings which affect how fast the traffic moves and how much health you have as you work though the 10 different levels - each with 10 waves of traffic to deal with. For the Platinum you'll only need to get through about 80 of the waves and thankfully there is a 'passive mode' exploit which allows you to avoid the traffic and let the waves pass by until you get to one which requires some manual effort for a trophy. 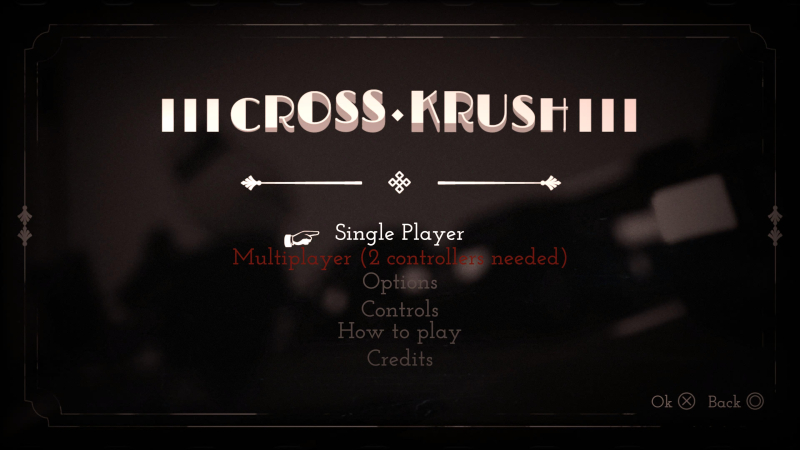 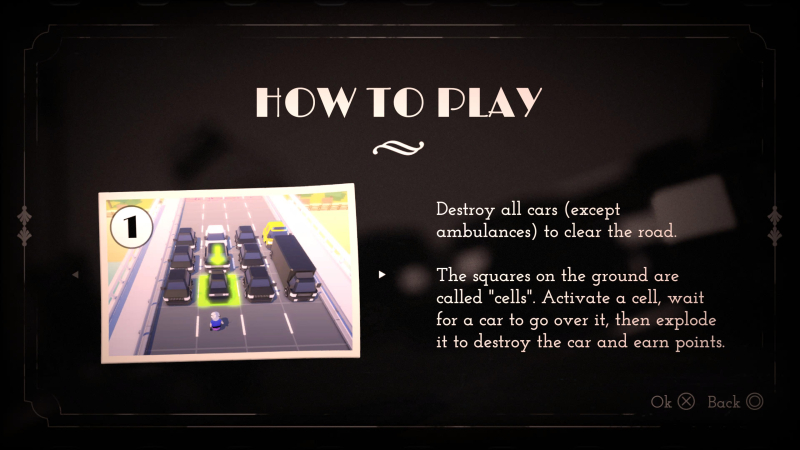 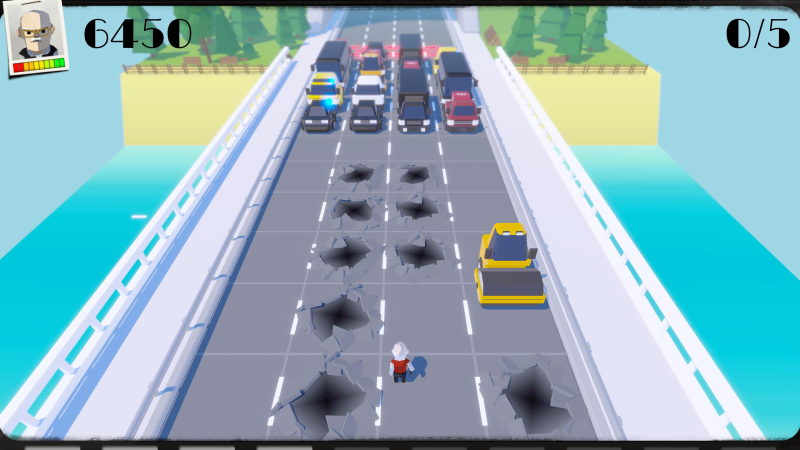 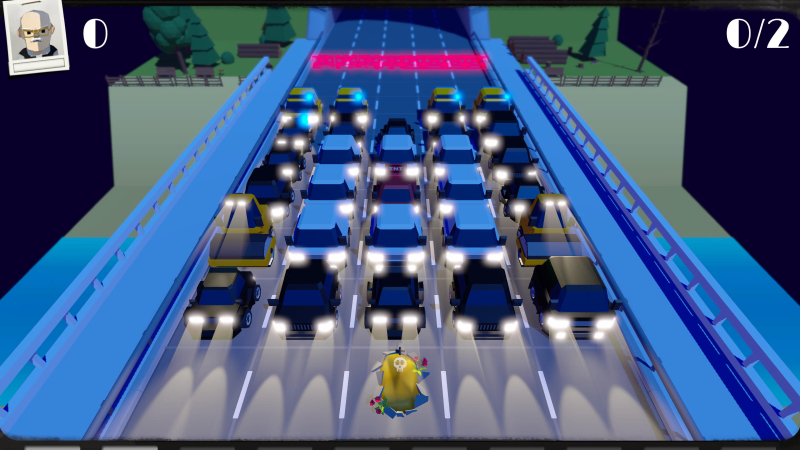 Last Will mode gives you 1 health point, so getting hit by a car will kill you instantly. It also makes traffic move faster giving you less time to plan your attack. That said, this trophy isn't actually that difficult once you know what you're doing and there are plenty of videos and tutorials on the web showing you the best way to go about it. The 'passive mode' exploit comes in very useful. You do this by running down to the bottom right of the screen and just holding the analog stick towards the bottom right. Cars will reach the end of the road and drive straight past you. You won't get a very good score, but the majority of waves don't actually matter towards trophies anyway, so you can use this to skip through irrelevant waves until you reach one with trophy requirements making the game much easier but also take slightly longer than if you manually destroyed the cars. It's a fun game and tests your brain a bit, but with the passive mode exploit and the easier difficulties, nothing is too challenging. All of the puzzles are fixed too - as in not randomly generated - so you can always follow a video or guide online to help you if you get stuck. It's definitely possible to complete the game in under an hour. There are a few miscellaneous trophies you'll need to tie up on specific levels, but with a walkthrough or by reading the trophy requirements before you play, it should be doable in a single session. 9/10
I've played it twice now and I really enjoyed it both times. It's quite easy, but also a really interesting concept and the trophies weren't difficult to unlock which is an added bonus. 9/10
You probably won't get much more than an hour's worth of gameplay out of this, but for the price, it's a really fun game. The soundtrack is nice and the graphics are bright and colourful. I think most people would enjoy this game, trophy hunters or not so check it out. View all of my Platinum Trophies
This article has been viewed 668 times. Thanks for your support!