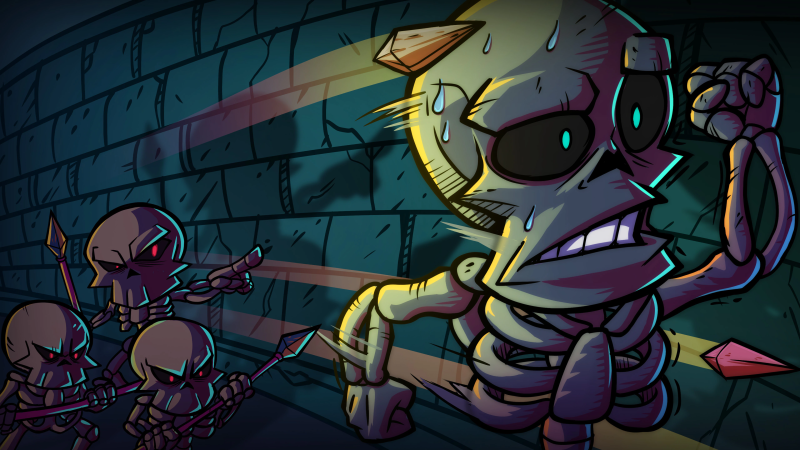 Guide your skeleton past hazards and enemies in this quick and fun platformer with a 30-minute Platinum.

Castle of Pixel Skulls, as you might expect from the name, is a pixel art game based in a castle. It's a standard 2D platformer where you'll guide your character - a skeleton - to the exit by jumping across spikes, lava, bullets and enemies. The controls are very simple with the directional buttons to move left and right and X to jump. That's all you need. Throughout each level are checkpoints which light on fire as you touch them meaning if you die, you'll start back from this point. The checkpoints are very frequent so you can almost break the levels down into tiny sections which you need to get through making the game very easy indeed, although it's actually not too challenging in the first place.

For the Platinum trophy you'll need to complete the first 20 levels with each level taking around a minute to complete. There are a few misc trophies too like jumping 40 times - which you'll definitely do naturally as you play through, dying 20 times - which again will probably come naturally unless you're insanely good at platformers and beating the first level without dying which is fairly straight forward as well. 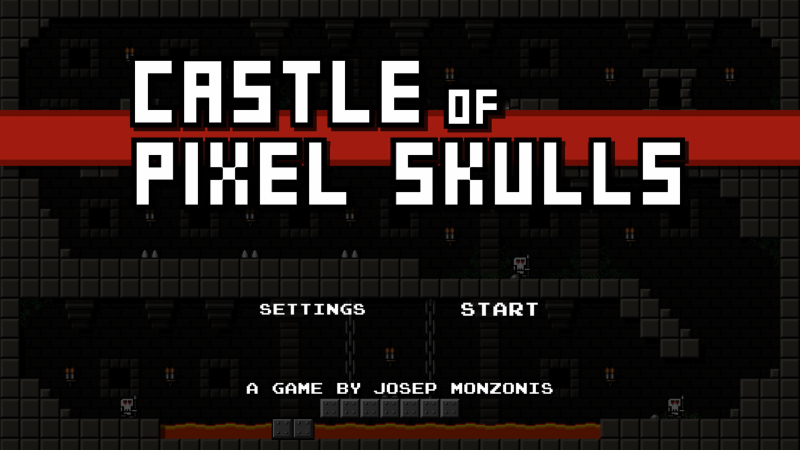 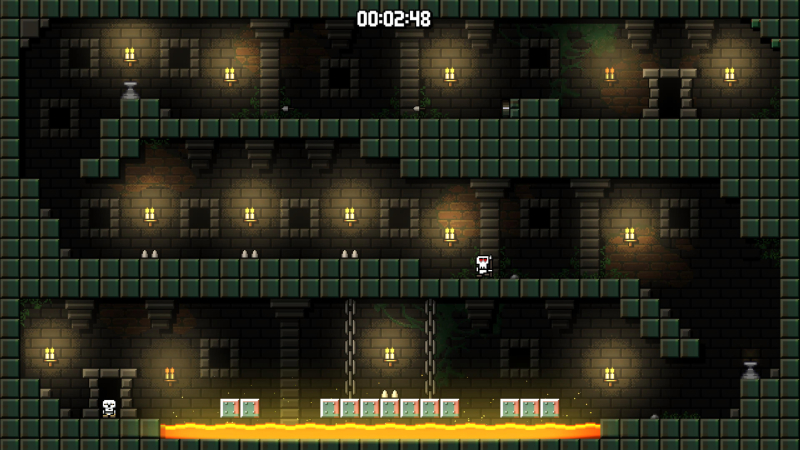 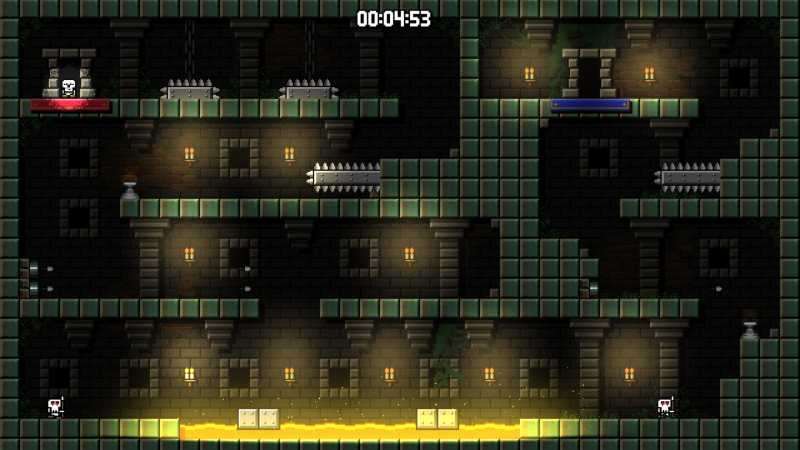 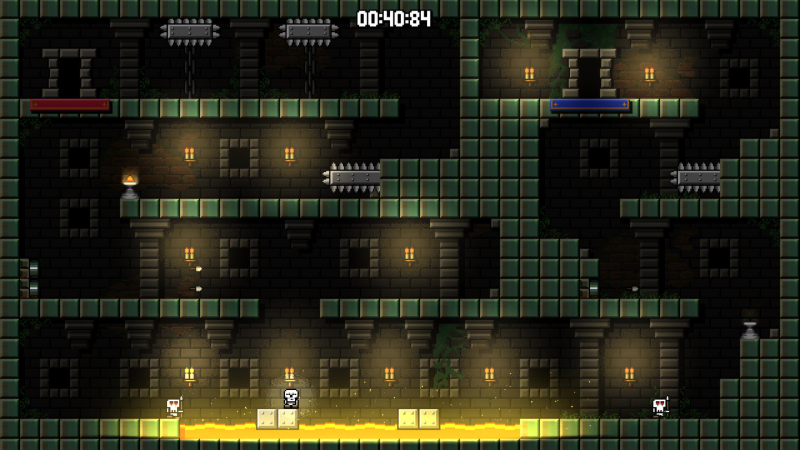 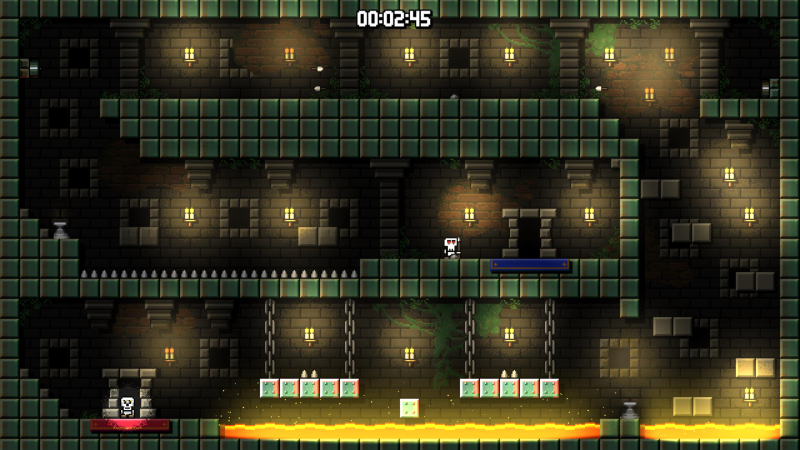 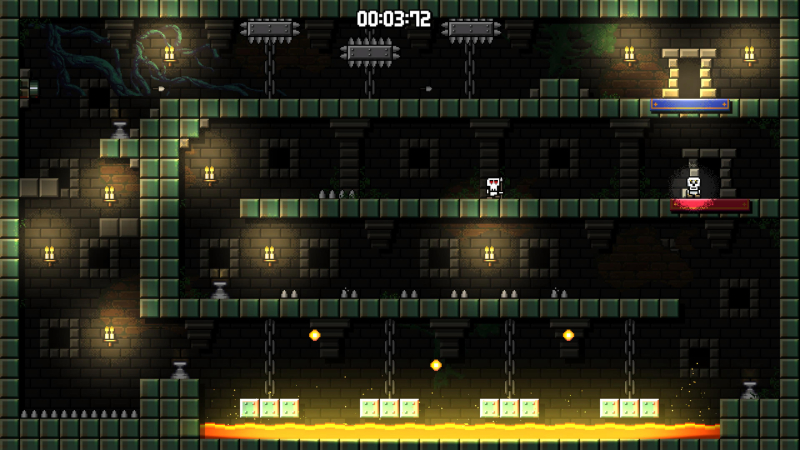 A few of the levels are trickier than others, particularly the ones with disappearing platforms as you often have to take a leap of faith and jump before they appear to make sure you can get across them fast enough, but none of the levels should be too hard to get through with a bit of practice. Completing the first 20 is all that is required for Platinum which is why I'm classing this as the hardest one. 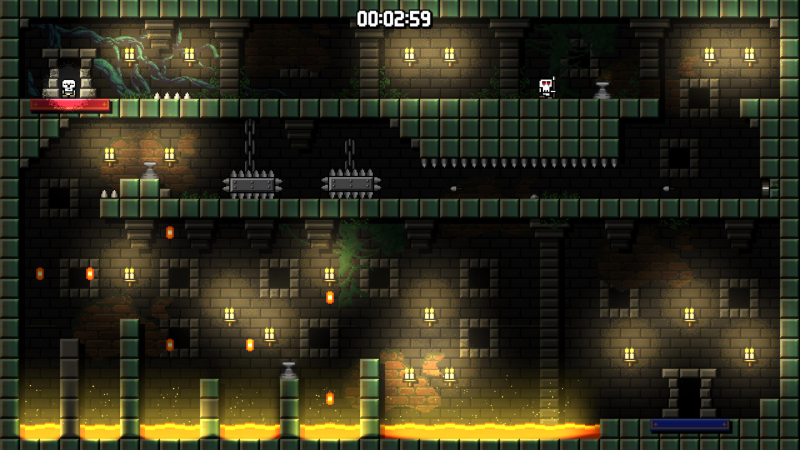 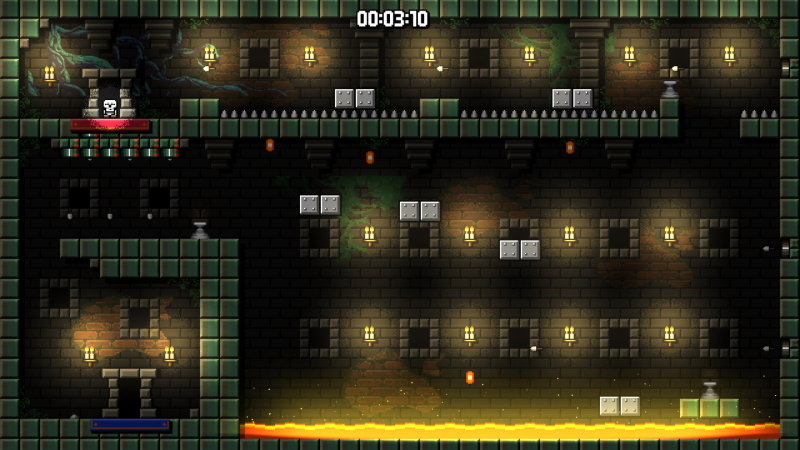 Because there are lots of checkpoints, all you need to do is focus on getting to the next one to save your progress. Take each level a small part at a time and aim for the next checkpoint and they're all pretty easy. The only exploit I found was that your character seems to be able to wall-jump. I'm guessing this is a bug in the game because it's not mentioned anywhere and frankly it's not that useful either apart from on a few levels with disappearing platforms that go upwards, but if you jump next to the wall at the side of the level and keep jumping, you'll actually bounce up the wall to the top of the level. This is probably only helpful in 2 or 3 levels but I thought I'd mention it anyway. 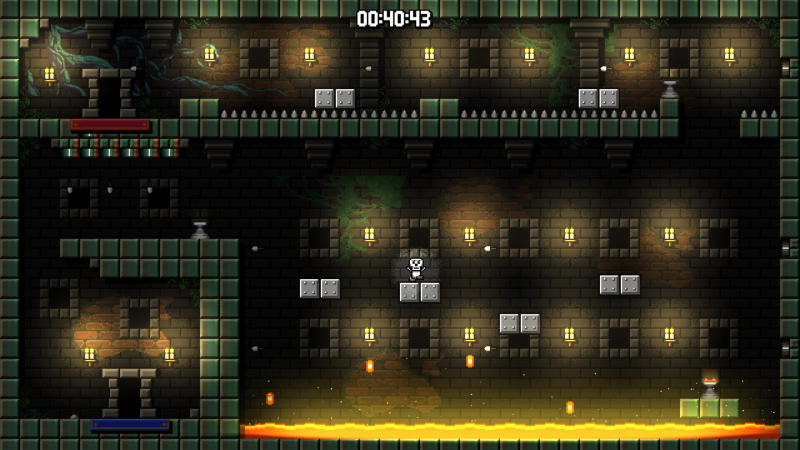 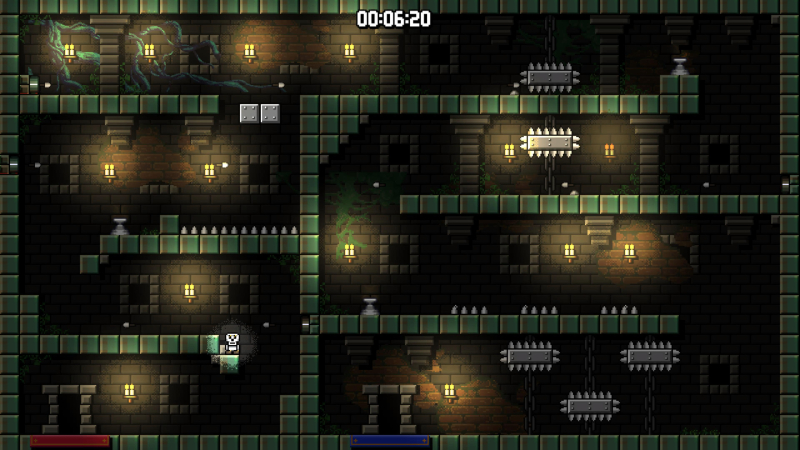 You'll probably die quite a few times as you get the techniques down to get past some of the enemies and hazards, but thanks to the checkpoints you'll only have about 10 seconds worth of level to get through after dying before the next checkpoint. Nothing is difficult in the Platinum if you're half decent at hand-eye coordination as a few of the puzzles require carefully timed subtle movements. 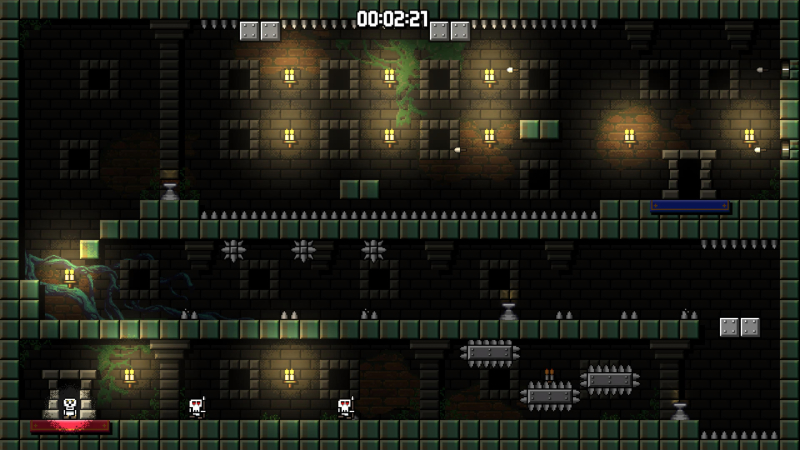 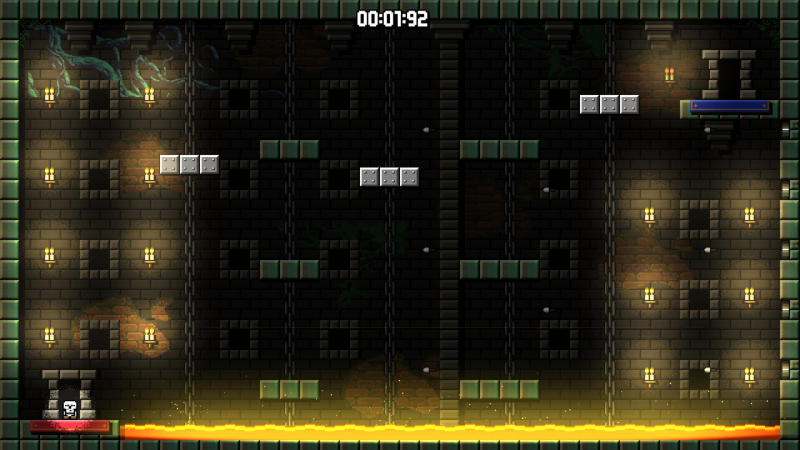 Each level should take no more than 2 minutes, most will be less than a minute. Depending on how many times you die or if you struggle at any point this might take longer but the majority of people will probably grab the Platinum in under 30 minutes. 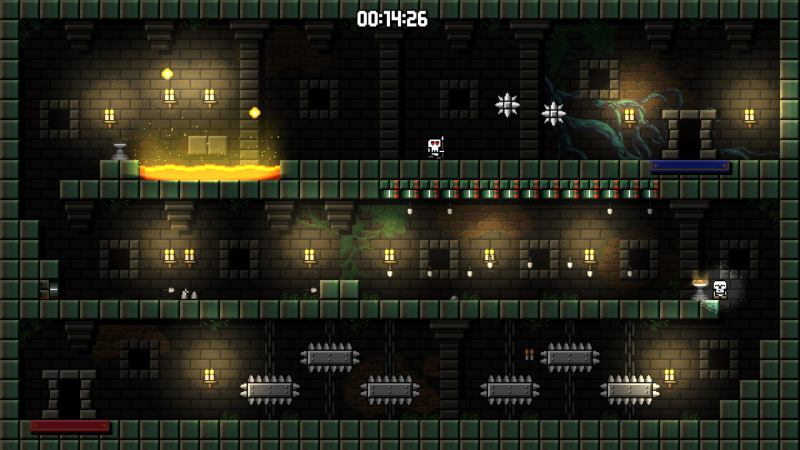 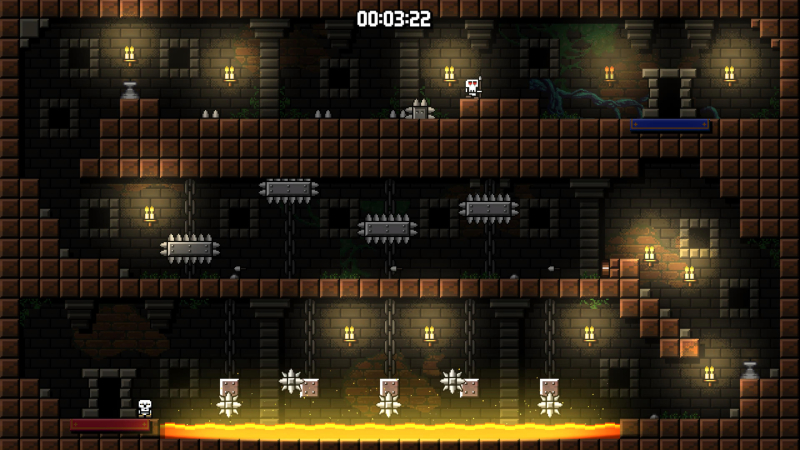 10/10
The game was a bit of a challenge but very enjoyable. Only 20 levels required for the Platinum was a good idea by the devs and the game continues after that if you want to keep playing. 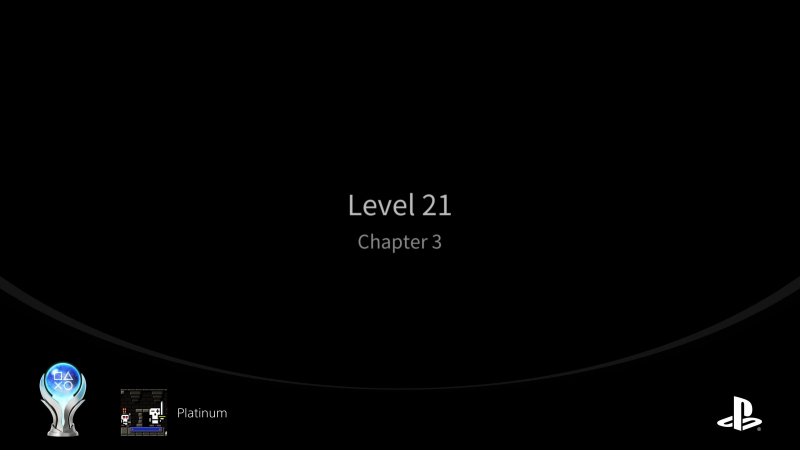 9/10
For the kind of game it is, I think they pulled it off perfectly. It's simple but fun old-school platforming and I actually enjoyed playing through it twice. It doesn't feel like a grind and the checkpoints really take the frustration away from dying. I'd recommend this to both trophy hunters and fans of 2D platformers. The only downside is that there's no cross-buy but I enjoyed it that much that I bought it twice on PS4 and PS5. 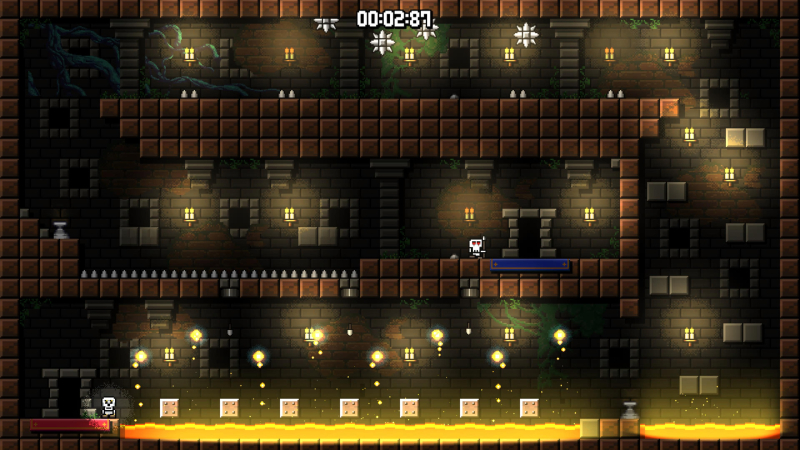 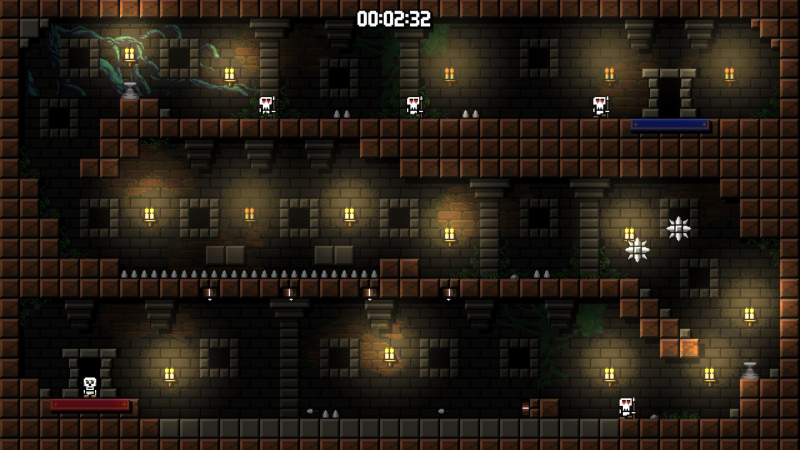 View all of my Platinum Trophies
This article has been viewed 577 times. Thanks for your support!