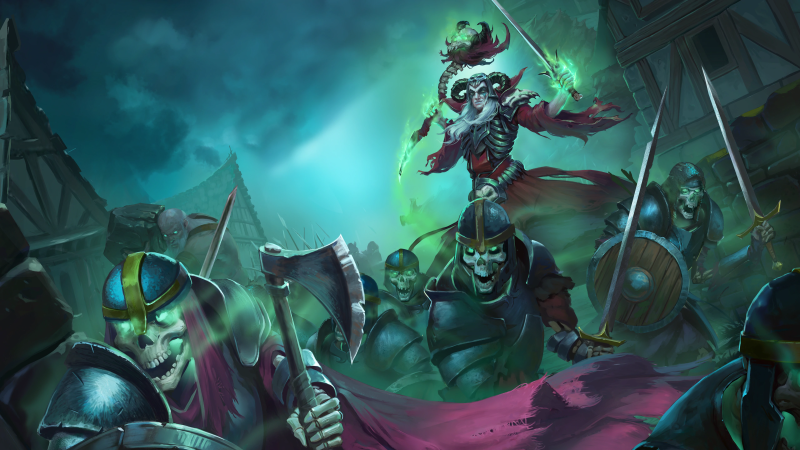 Control an army of the dead as you try to wipe out the living, reanimating those you've killed to join your growing horde of monsters!

Undead Horde has you controlling a necromancer called Orcen who can raise the dead to help in the fight against a variety of enemies from humans to animals and all sorts of miscellaneous creatures. The game is a bit of a hack-and-slash RPG with loot dropping randomly, each with random abilities and perks. You gather coins which can be used to buy new weapons and wearable items which help in combat.

You'll fight your way through a lot of different areas with bosses to be taken down and sidequests for caged skeletons as you go, but the majority of the game involves you commanding your army of zombies to attack enemies and their buildings, then reanimating those you've killed to replace the ones you lost in the battle. It's quite a fun, addictive and unique game which runs great on PS5, even when you're leading an army of 50 cursed chickens! 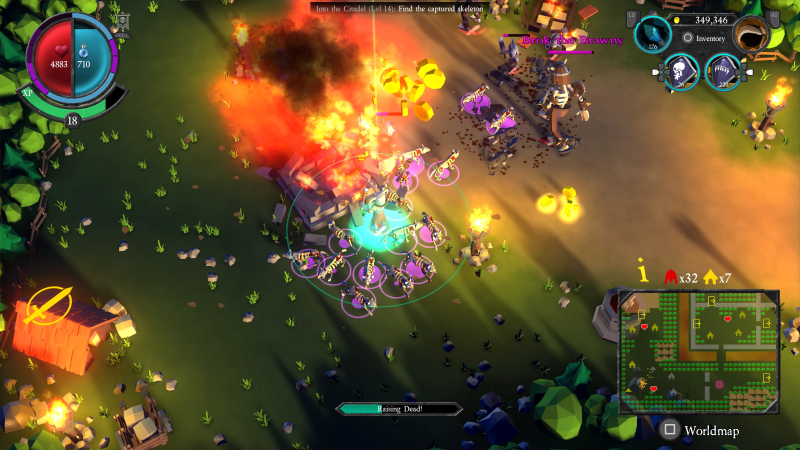 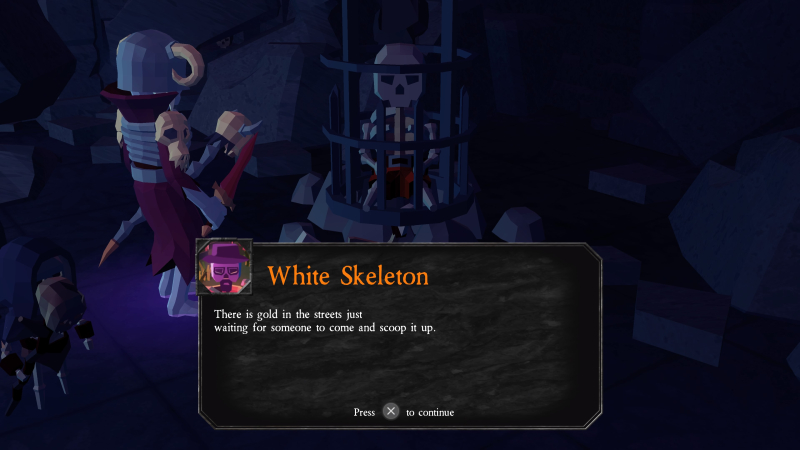 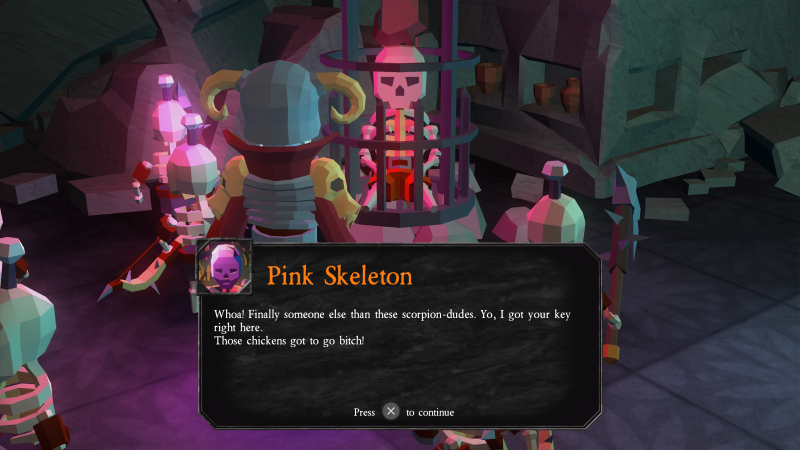 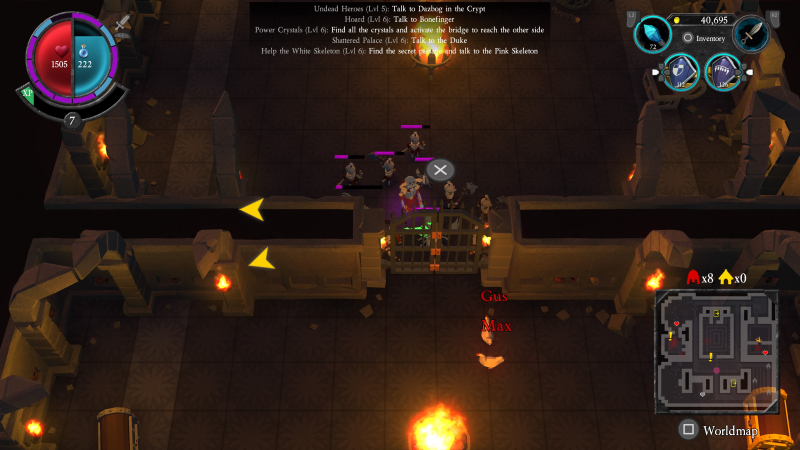 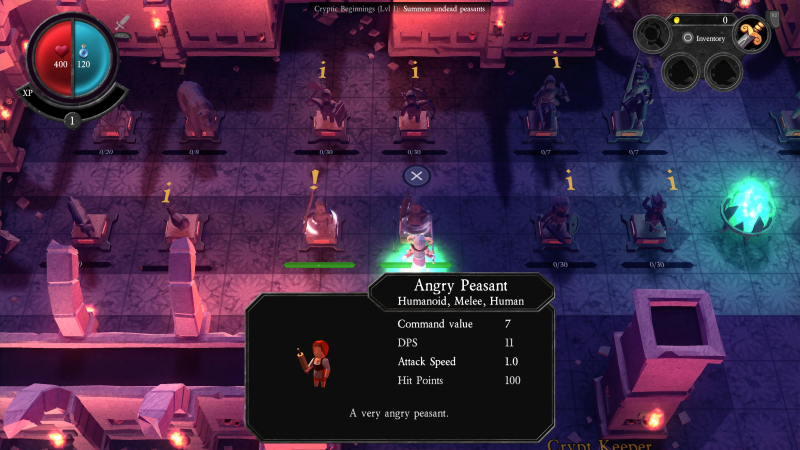 Almost all of the trophies in the game will be earned by just playing through normally, but most of the levels have a number of hidden secrets, whether they be secret passageways unlocked by pressing a button on a statue, or chests half-buried in the ground. They're never particularly hard to get, but they can sometimes be well hidden so the reason I'm making this the hardest trophy is that you'll have to keep an eye out as you play through. 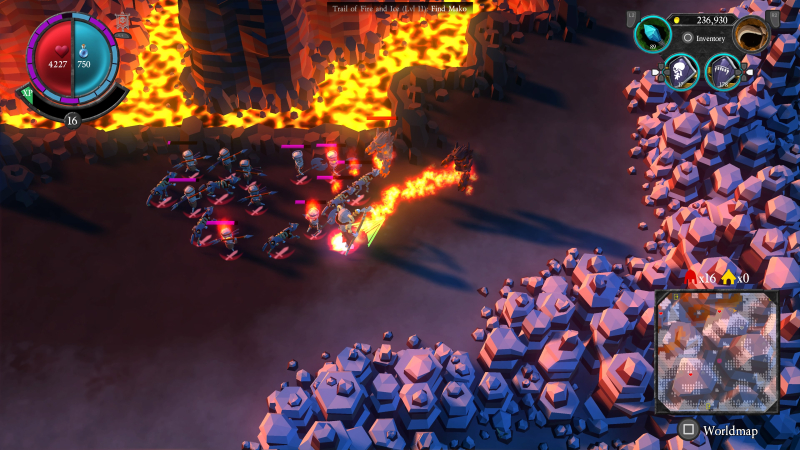 I don't think there's any helpful exploits to be found, but you can somewhat grind out coins and weapons by letting the enemies continue to respawn by not destroying their buildings, then killing them and reanimating them to help you fight off the next wave. I'm not convinced this is worth the time it takes though as later in the game you'll have more than enough money to buy whatever you want.

One 'trick' is when you return an item to the commander you're given a random weapon as a reward, if you close the game and reload it, your data won't have saved so you can hand it in again and get a different random weapon. You could keep doing this until you got something you especially wanted but again it's really not worth the effort.

Personally I found the Staff which causes you to spawn 6 mini-scorpions (which I believe the Walter White Skeleton gives you as a quest reward fairly early) is one of the best items in the game as the scorpions keep enemies busy, damage them and as long as you let your mana recharge, you have an unlimited amount of them. Combine that with items that increase mana-regen speed and you're good to go. 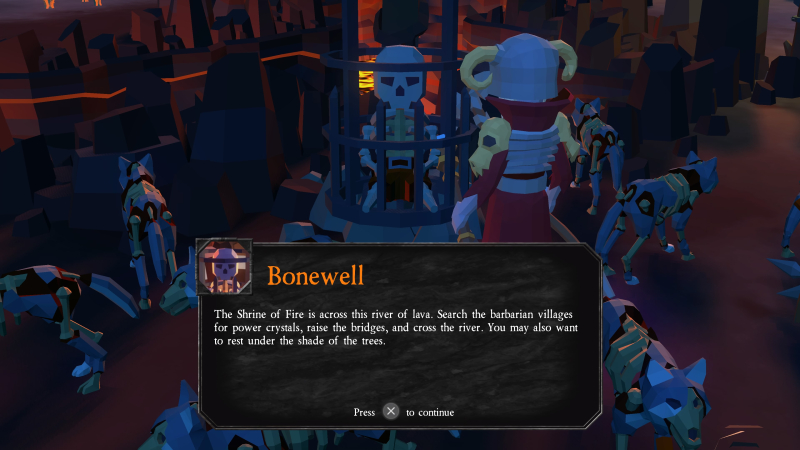 If you're anything like me, at first you'll die... A lot... But the good thing is you keep all of your XP, coins and items whenever you die, so although you might have to spend a bit of time choosing your soldiers before heading back out, you are essentially getting slightly stronger every time. If you're good (or lucky), there's not a great deal of difficulty here and with enough time and effort you'll work your way through all of the quests, otherwise it's just a bit time consuming to level up in order to defeat some of the tougher enemies. You can fast travel back to the crypt to refill your health whenever you want though and as long as you don't die, any enemies you've killed in each level will stay dead. 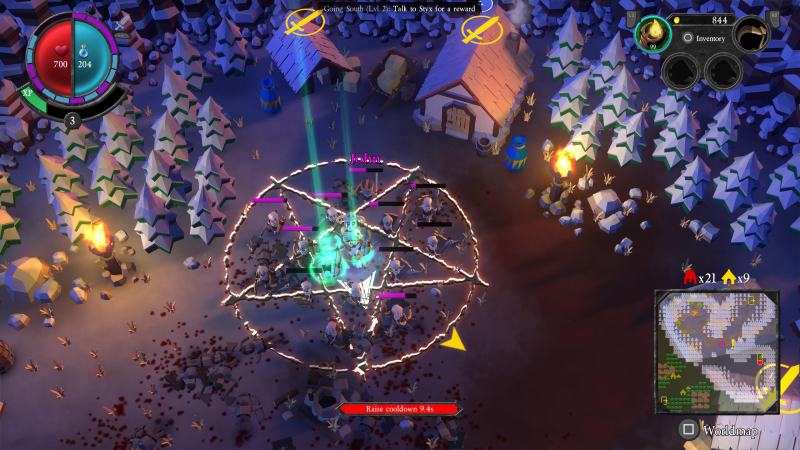 The game is quite unique in the sense that you don't need to do much grinding to advance. None of the enemies are particularly tough so if you keep equipping the most powerful undead soldiers you have and return to the crypt to refill your health, mana and soldiers, you can more or less play through the whole game within a day without any real struggles. 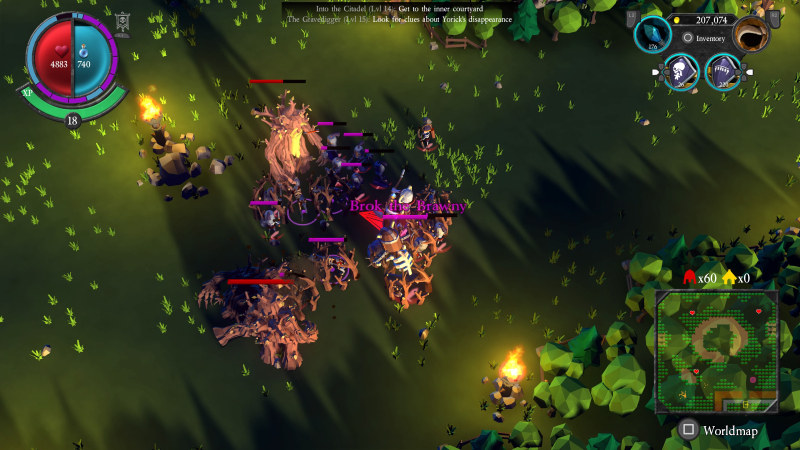 8/10
As something slightly different to the games I've been playing recently, this was a nice break. It's fairly slow paced and the music is quite relaxing. If I was in a rush to get the Platinum I would possibly have thought it was a bit slow, but I quite enjoyed taking my time with it. I liked it so much I played it through again on PS4 straight after and had just as much fun! 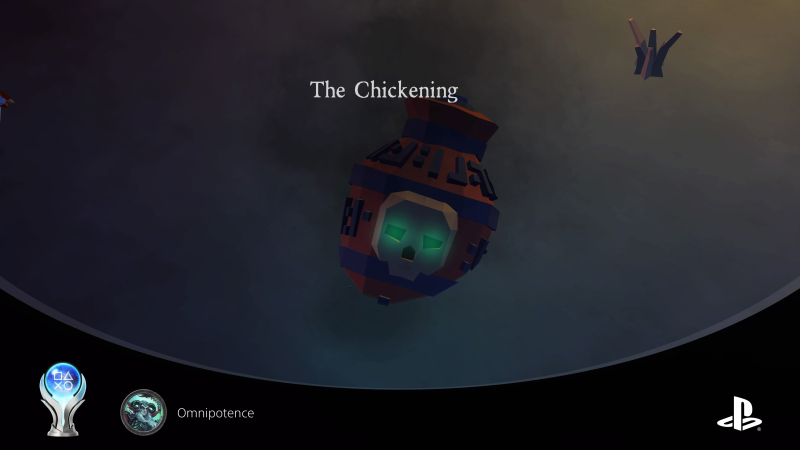 7/10
It might not be for everyone, but for the price I paid and the amount of gameplay included, it's worth every penny. It runs great on PS5 too with almost no load times at all and no lag even with dozens of enemies fighting away on screen at once. 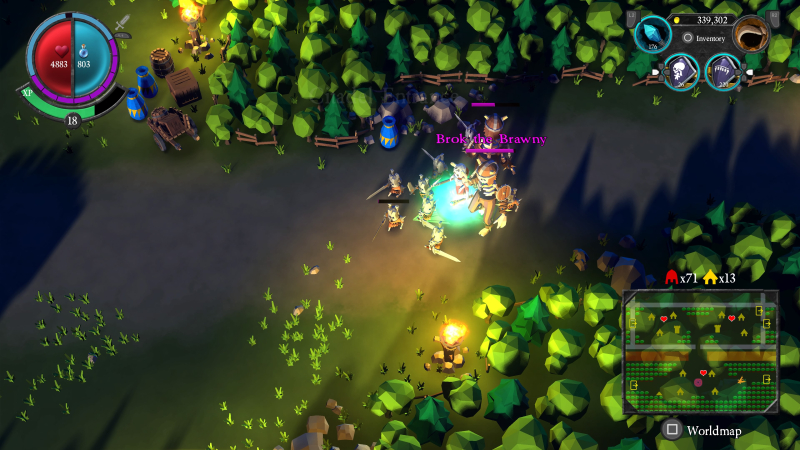 This article has been viewed 955 times. Thanks for your support!