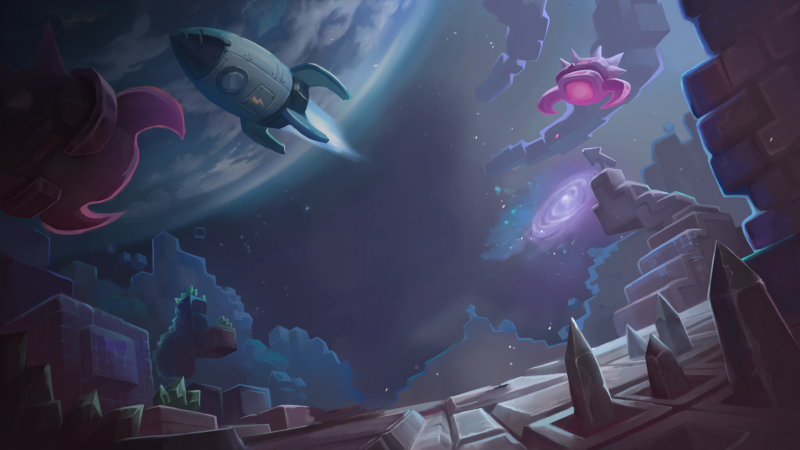 Crazy Gravity is a simple platformer where you avoid hazards while flipping gravity. Float your way to the Platinum in around 20 minutes.

The idea behind the game is that you're an astronaut who needs to collect power to fire up his rocket and escape the planet. Each level has a lightning bolt to collect on the way to the end point. As you progress through the levels, the lightning bolts become increasingly more difficult to get to with additional hazards like laser traps and spike pits thrown into the mix.

Your character can double jump and as you cross the 'gravity line', you'll flip upside down and the controls will be reversed - so you'll have to hold left to go right and right to go left which can play with your head a bit. Whatever height you reach before crossing the line will be reflected on the other side, so you'll often need to figure out ways to climb higher to ensure you can fall lower and reach the platforms where the lightning bolts can be grabbed.

If you hit one of the hazards you'll die and need to restart the level as there are no checkpoints which can get a little frustrating in the later levels as you might spend a few minutes trying to get the lightning bolt and reach the end of the level however if you're just here for the Platinum, the good thing is you'll only need to complete the first 12 levels so you should be done with all of the trophies within 30 minutes. You actually only need the lightning bolts on 6 of those 12 levels too, so once you've popped the trophy for that, you can simply focus on getting through the levels in the quickest way possible. 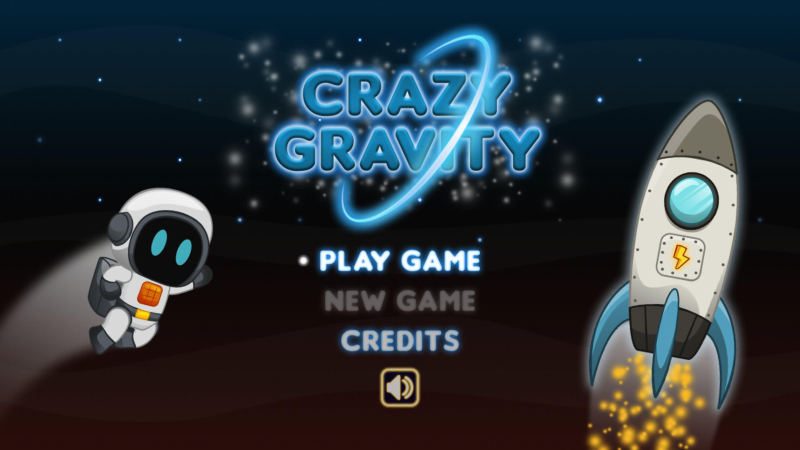 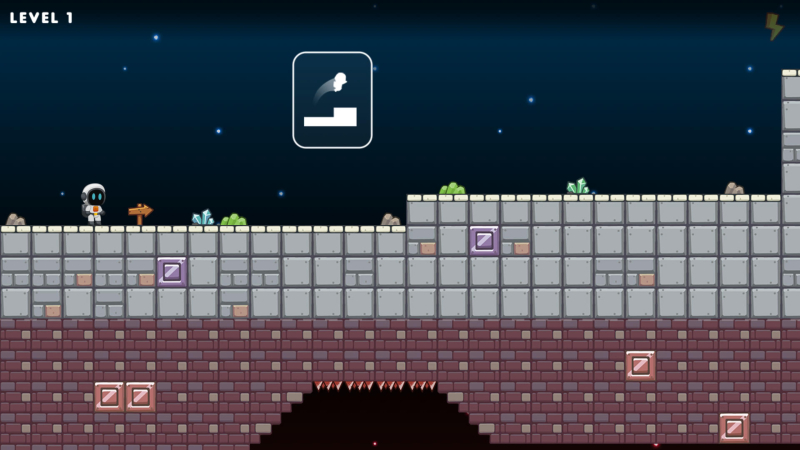 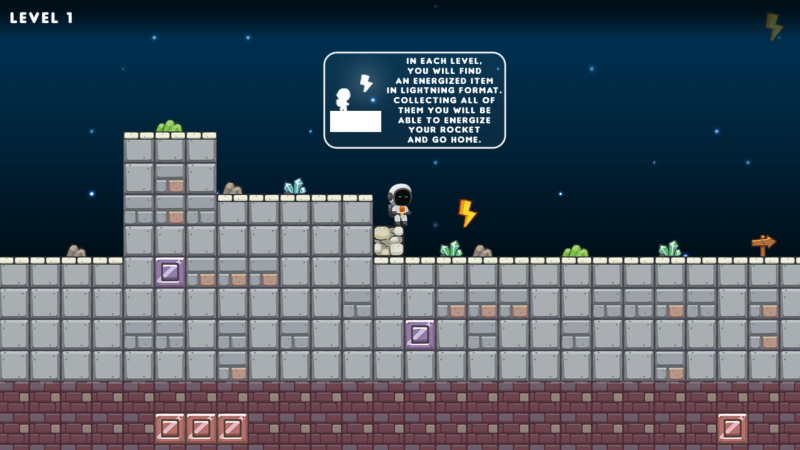 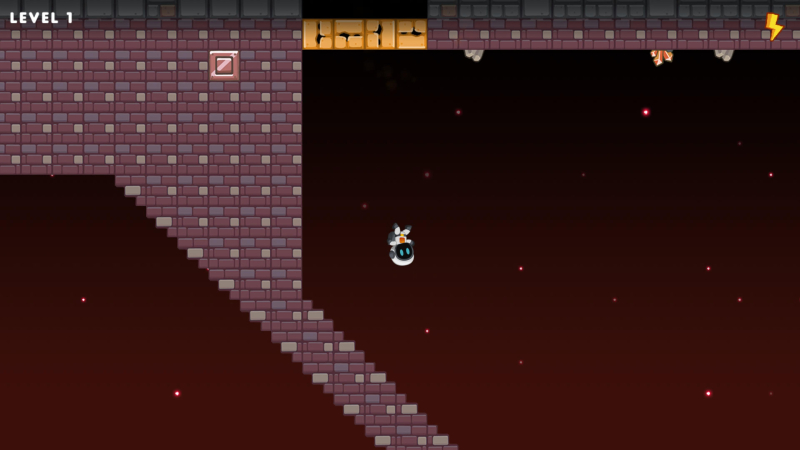 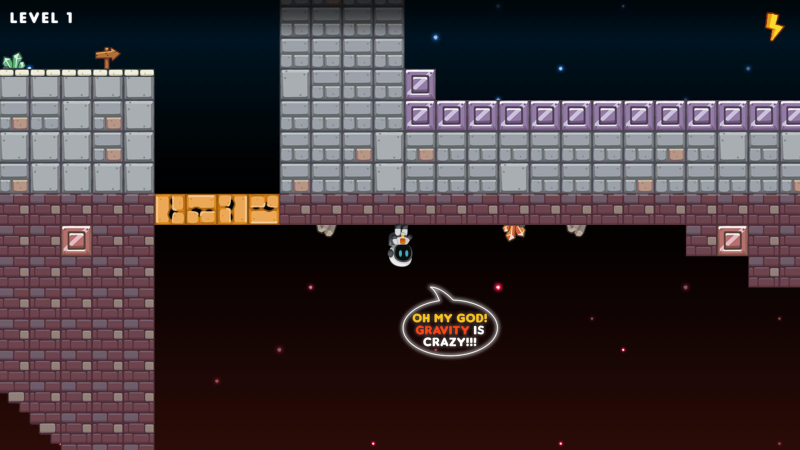 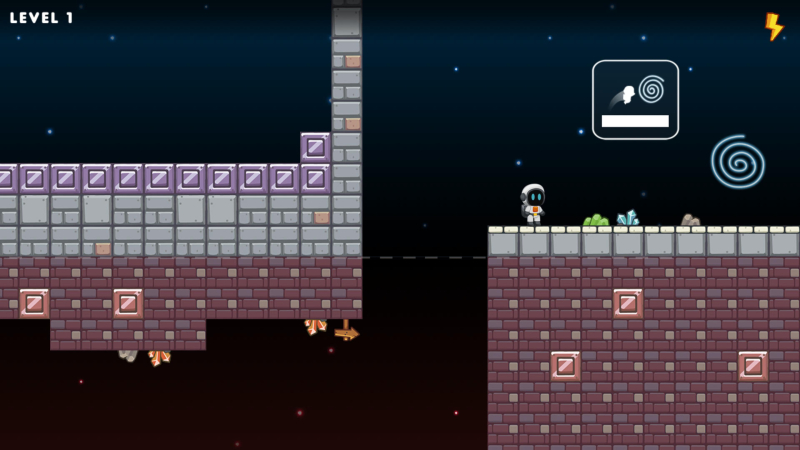 You only need to grab the lightning bolts on 6 of the 12 levels (which I didn't know at the time) so the later levels are much easier knowing you can avoid the collectable however there are more dangers thrown in which does make them slightly more challenging than the earlier levels so this will likely be the last one you complete before the Platinum pops. 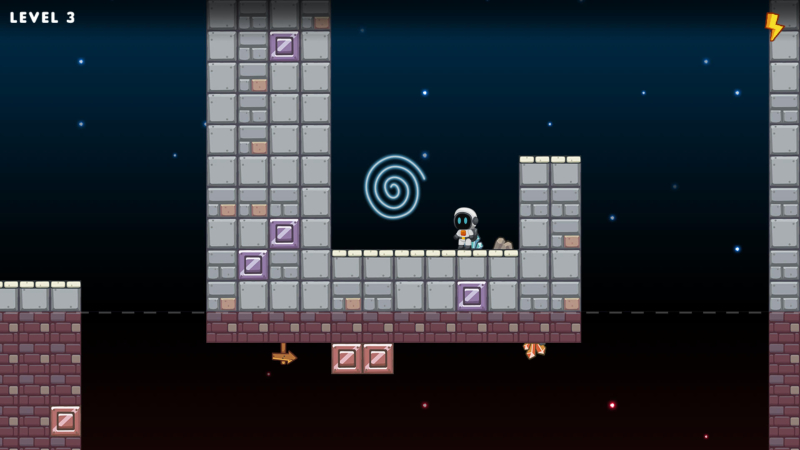 There's no exploits that I could find and you don't really need any. Once you learn the levels and get used to flipping gravity and using reversed controls, it's just a case of taking your time and carefully jumping past the hazards. 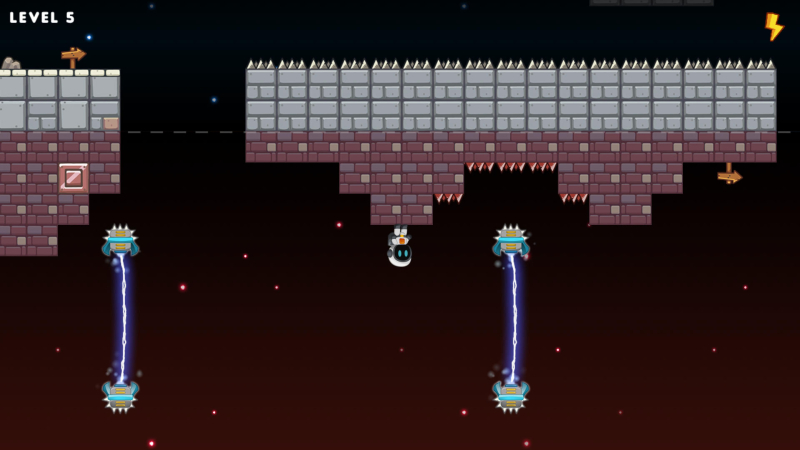 The game is slightly easier than I made it by grabbing the lightning bolt on every level. After the first 6 levels you can completely avoid the lightning which makes everything a bit quicker but you'll still need some good reflexes to get through a few of the later levels. 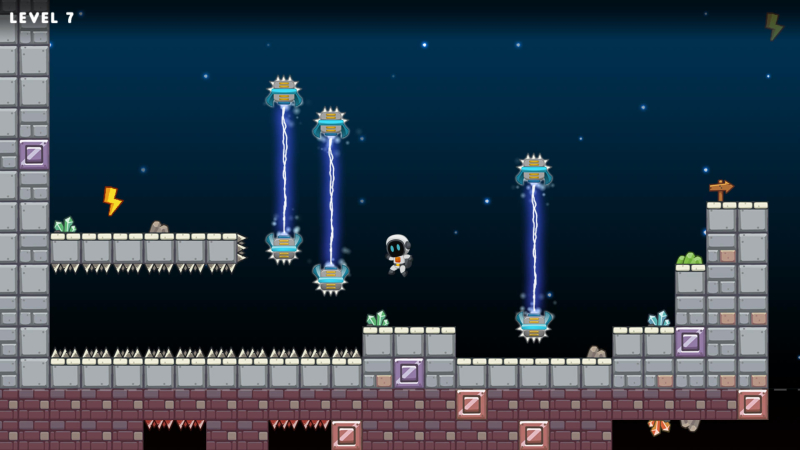 The game is definitely easier once you know what you're doing and get used to the controls but each level is easily doable in around a minute so for the 12 required for Platinum you shouldn't need much more than about 20 minutes. 9/10
I enjoyed playing through the 12 levels for Platinum. The controls are smooth and the soundtrack was relaxing and at no point did it feel too frustrating. Definitely a game you can Platinum in one sitting. 8/10
I'd recommend this game to anyone who enjoys 2D platformers. There are some interesting mechanics in the gravity and control flipping, but overall it's not too challenging and is quite a fun way to spend 30 minutes or so. Two Platinums for a low price is always a bonus too. View all of my Platinum Trophies
This article has been viewed 618 times. Thanks for your support!