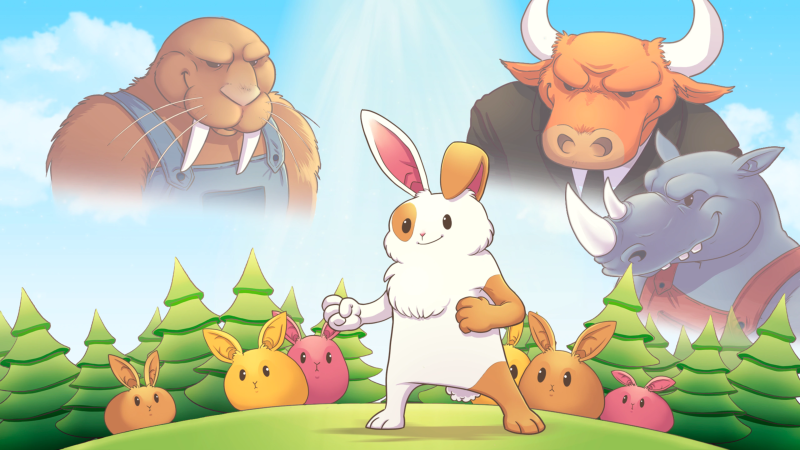 Barry the Bunny is a builder. Help him grab wooden logs and build bridges to rescue his fellow rabbits in this fun and easy 30 minute Platinum.

The game is a simple and fun platformer with some basic combat. You'll jump around dodging hazards and collecting carrots, power ups and hammers which can be thrown to take out enemies. After collecting a certain number of carrots or a power up you'll equip some protective clothing which will keep you alive after taking damage but the main aim of the game is to collect 3 wooden logs in each level which you can then use to build a bridge so one of your bunny friends can get home.

You'll need to complete 26 levels for the Platinum trophy and each one shouldn't take much more than a minute. As you progress you'll run into a variety of different enemies starting with hedgehogs and bees, monkeys and snakes but they're all pretty simple to either avoid or take out with your throwing hammers.

The game has nice and colourful pixel graphics and the controls are fairly smooth and easy to get the hang of with X to jump and Square to throw hammers about all you'll need. 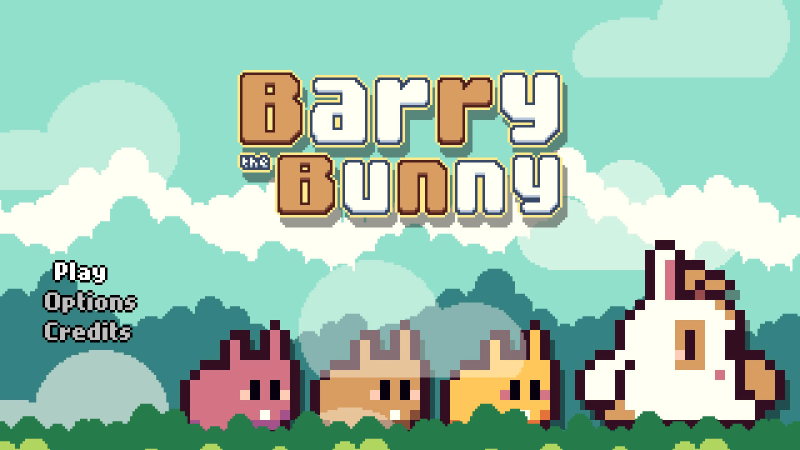 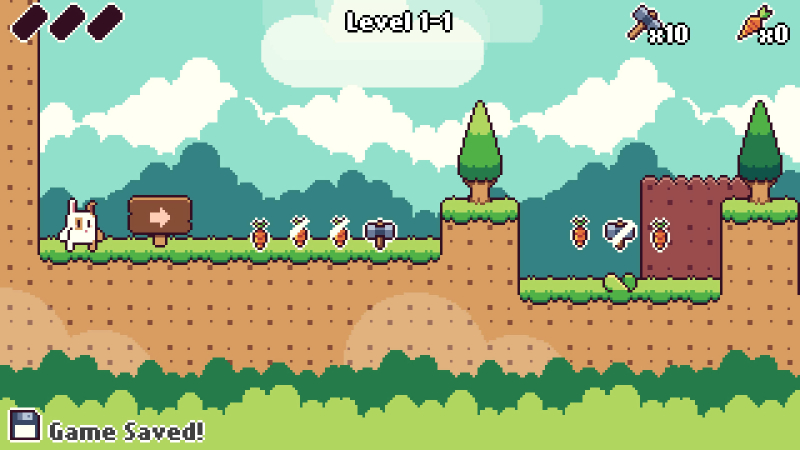 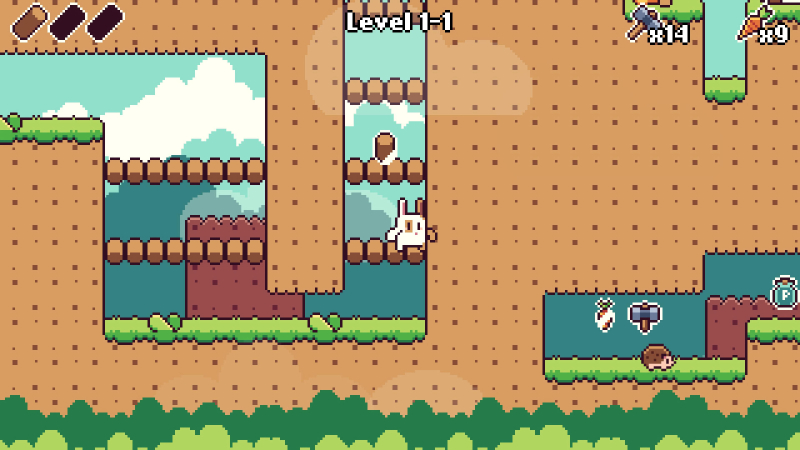 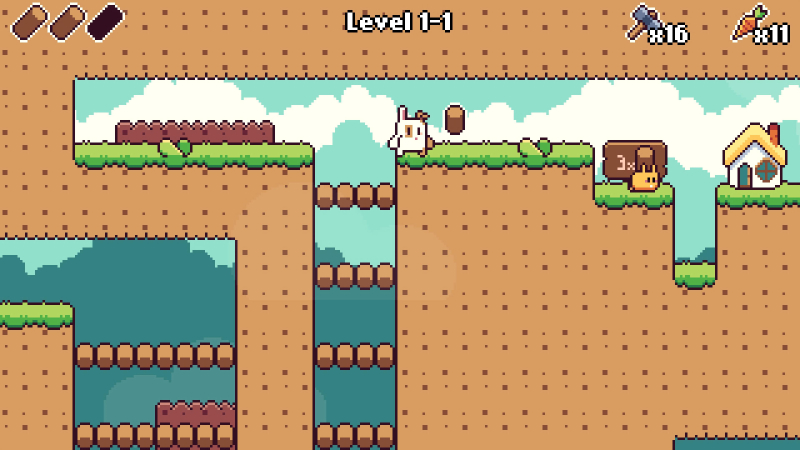 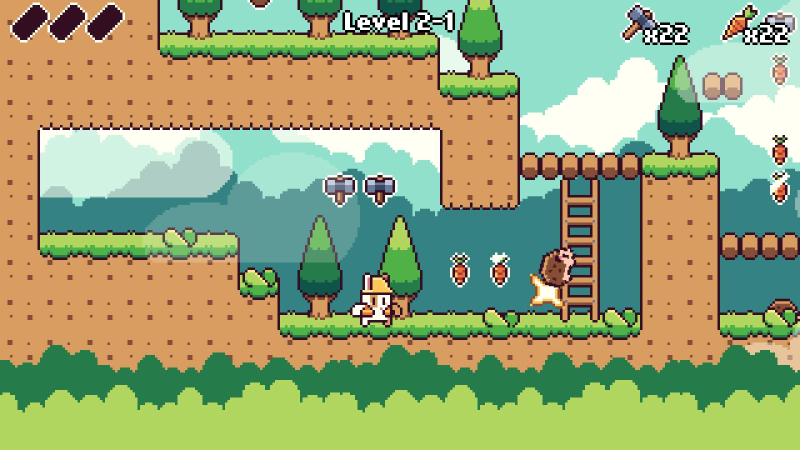 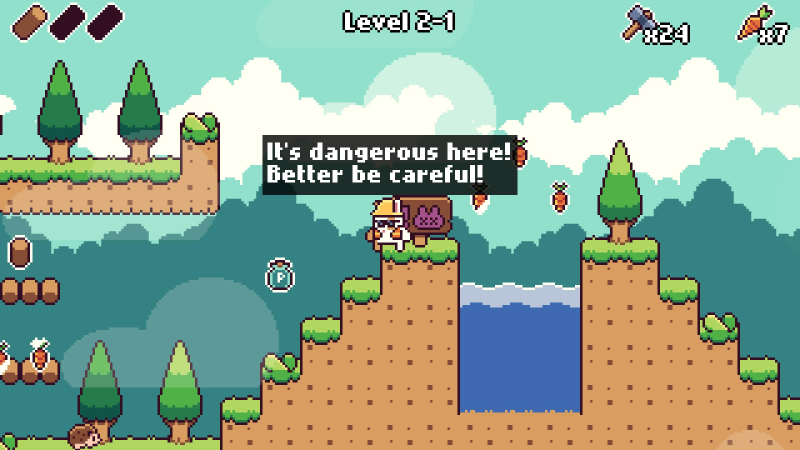 The game is pretty easy but the most time consuming trophy will be this one. Ensure you rescue the bunnies in every level leading up to this and it should be the last one that pops for the Platinum. 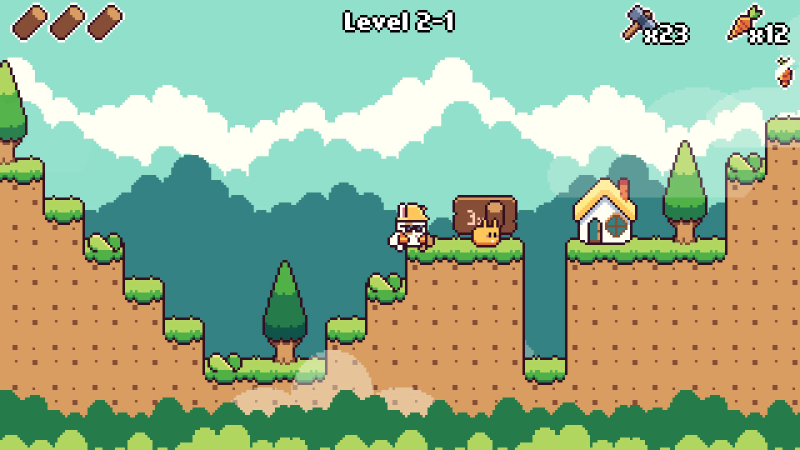 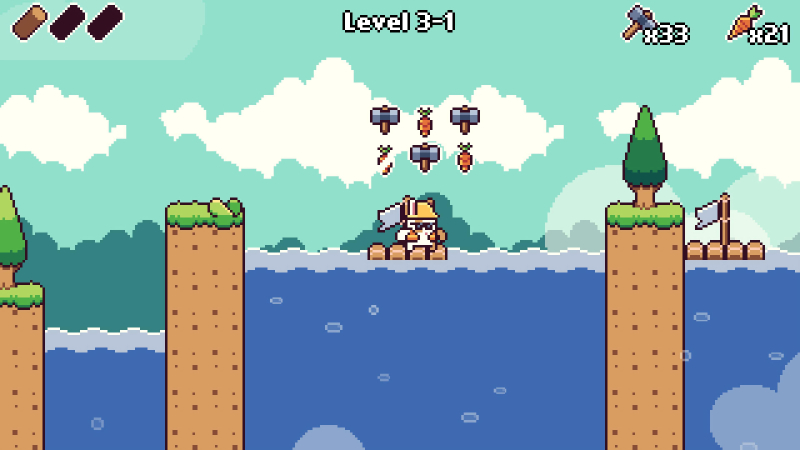 You can set the game to Easy Mode from the options before you start. I'm not entirely sure what this does, but if you're looking to get through it as quickly as possible, I'd suggest doing this. You can throw hammers at the TNT and Nitro boxes to destroy them which makes getting some of the collectables a lot easier, but make sure you don't destroy any boxes you need to jump on to reach other collectables or you'll need to restart the level. 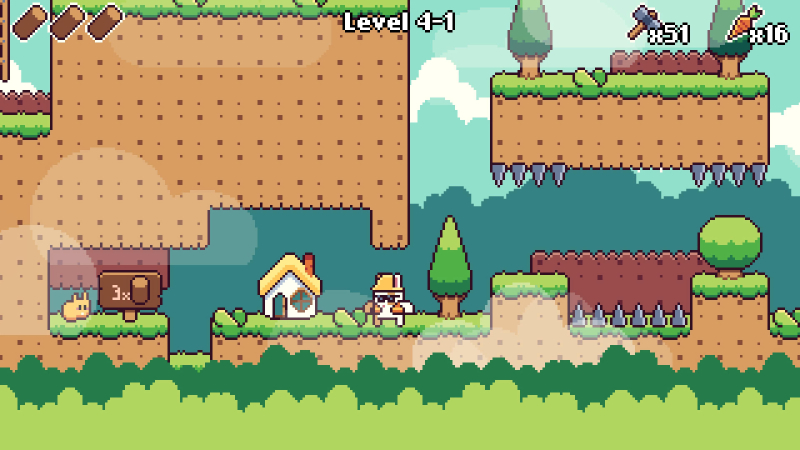 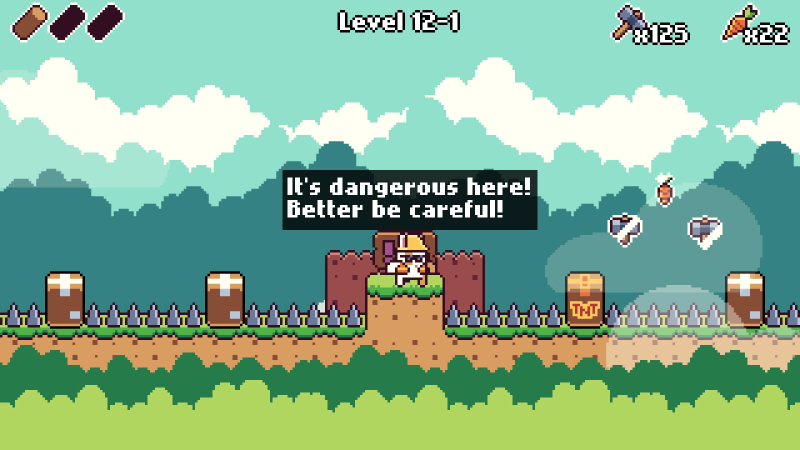 There's not a huge deal of difficulty in the game. You can take your time and throw hammers at enemies through walls and other objects so you shouldn't really be getting hit by any of them. The most difficult bit is dodging falling spikes as they seem to come from nowhere but even if you die, you keep any logs you've collected and just need to restart the current level. 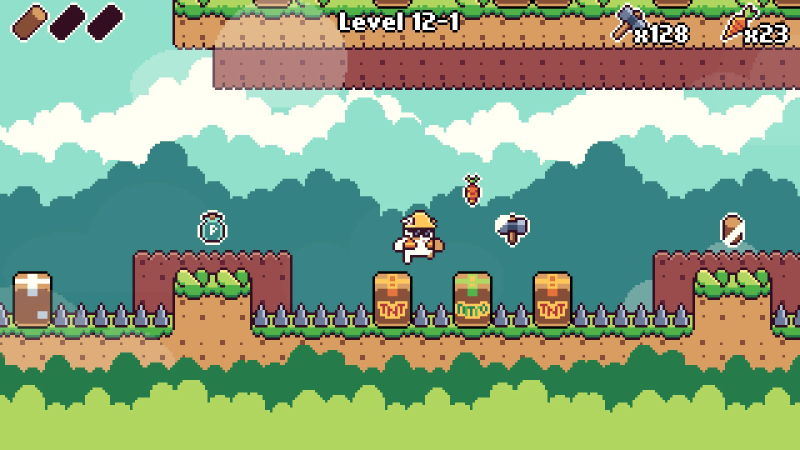 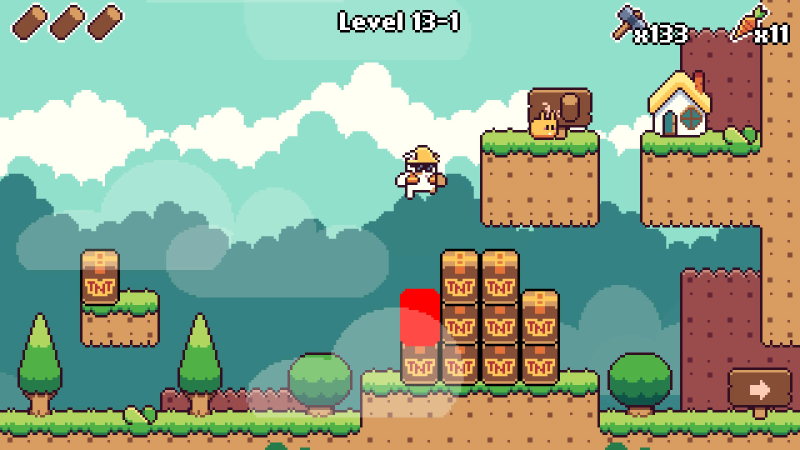 I played through the game twice and both times I got the Platinum in about 30 minutes so it should definitely be possible to do it slightly quicker than this, but I'd suggest you just take your time and enjoy the game. 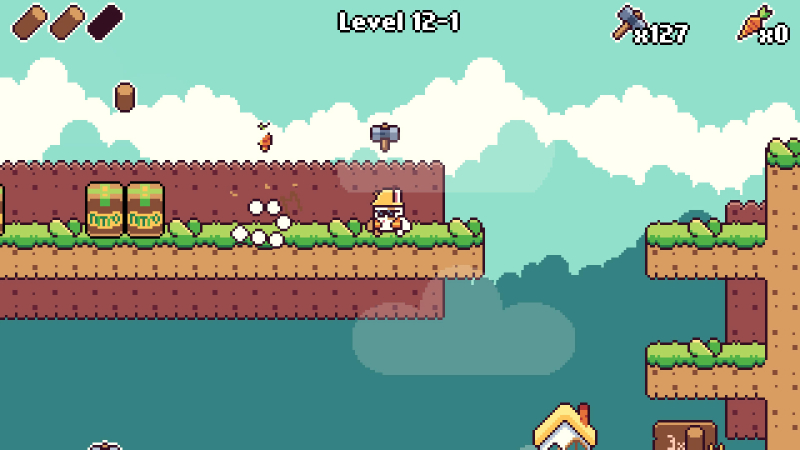 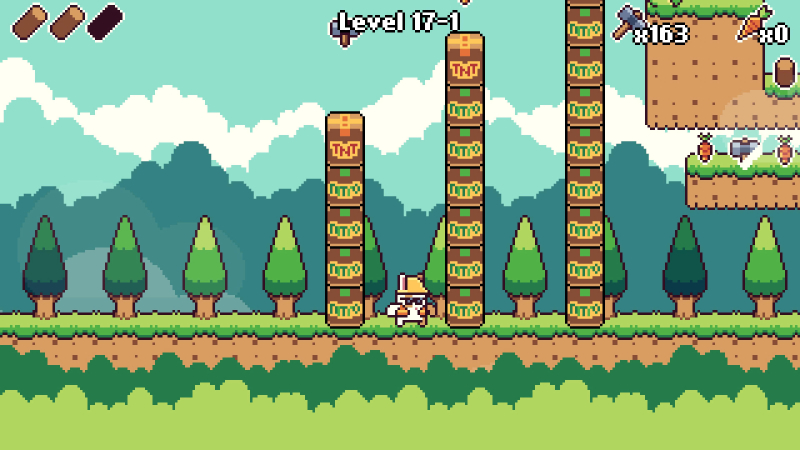 9/10
It's a fairly basic platformer with some even more basic combat, but the graphics were nice and it was fun to play through. A few of the levels were more challenging than others but overall it's pretty straight forward. 9/10
The game was good fun. Once you've done a few levels you'll know exactly what to expect from the rest. The enemies are pretty basic and the levels are all laid out in a similar way but it's enjoyable to play through and a nice way to kill an hour or so. The game continues after the Platinum pops so there are plenty more levels to keep you entertained if you want to keep playing to the end. 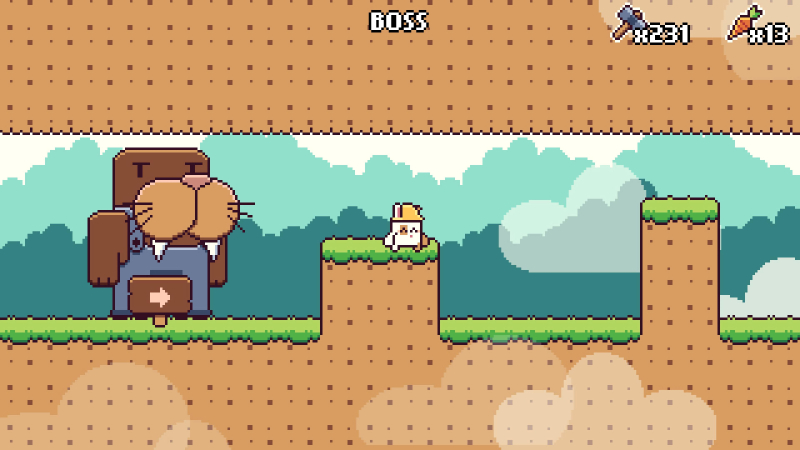 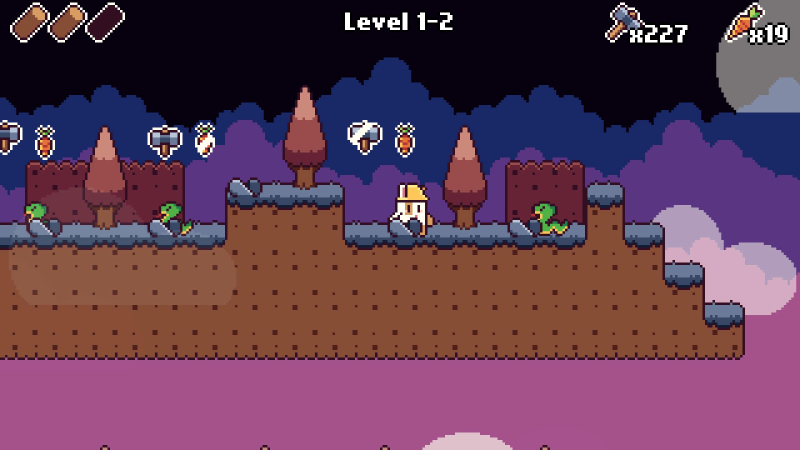 View all of my Platinum Trophies
This article has been viewed 737 times. Thanks for your support!