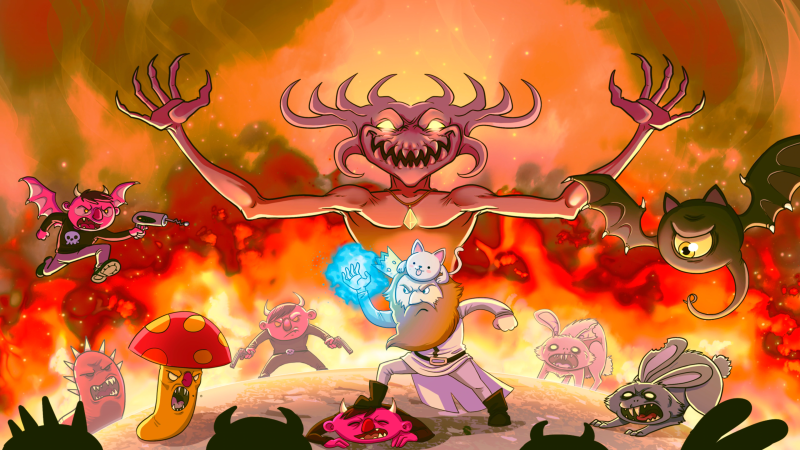 UltraGoodness 2 is a twin-stick shooter plotting good against evil. Take your trusty cat and tear Satan's forces to pieces!

In UltraGoodness 2, time moves extremely slowly unless you're moving or shooting. This gives you an opportunity to plan your next attack, but if you want to go in all guns blazing, you can do that too for a more fast-paced shooter. The main objective is to kill all of the Satanic and possessed creatures - from cute evil bunnies to giant laser shooting bats and demons - on each level before unlocking the exit. As you kill enemies they'll drop gems and picking these up will eventually allow you to purchase upgrades to your cat and weapon.

Enemies generally drop 1 gem, but there are turrets and dangers scattered around each level and destroying these will provide a golden gem worth 10. You also have access to two special powers; bomb, which you can use every 10 seconds and Armageddon which takes 60 seconds (of moving or shooting) to recharge, but allows you to target 3 areas for obliteration, making it much easier to take out the tougher enemies. 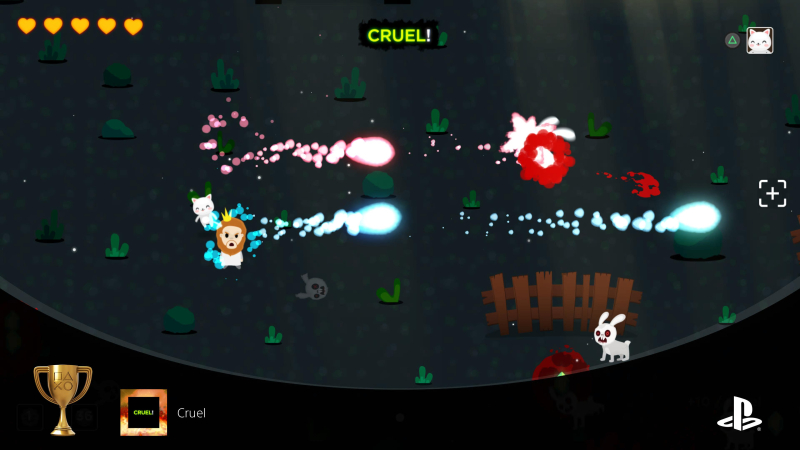 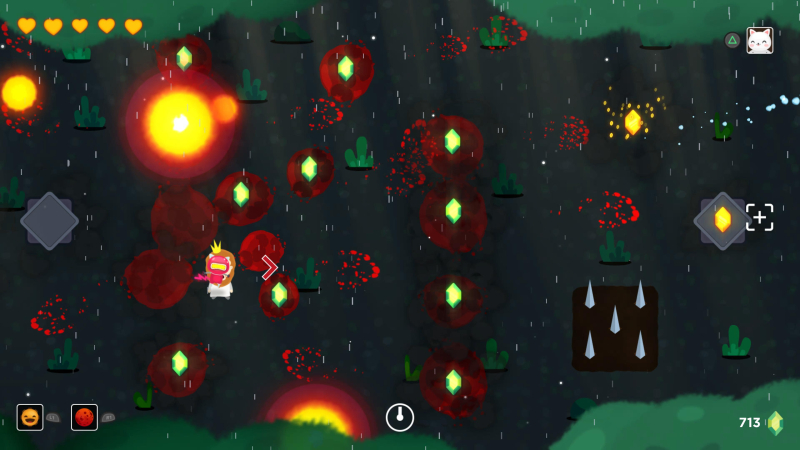 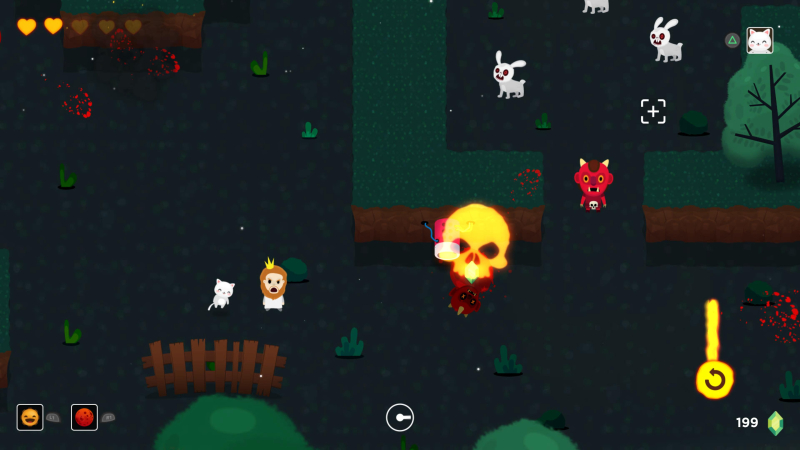 This is arguably the last trophy you'll earn as you only need to complete the first 7 levels for trophies (there are more), however the levels get slightly harder the more you progress, so this one would probably be the toughest one. That said if you move slowly and plan your movement before rushing into an area, none of the levels are really that difficult at all. 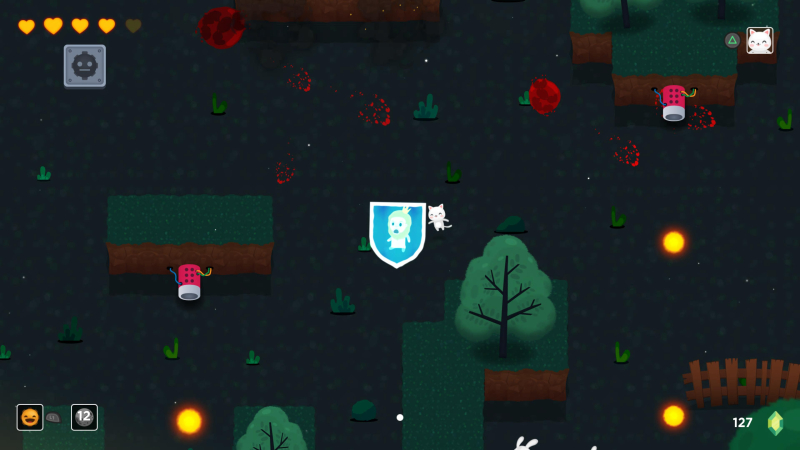 I wouldn't call it an exploit, rather a useful feature from the devs, but whenever you die you keep any gems you've picked up. If you're struggling with a level, keep trying and eventually you'll get enough gems to upgrade your cat / gun which should make things easier. 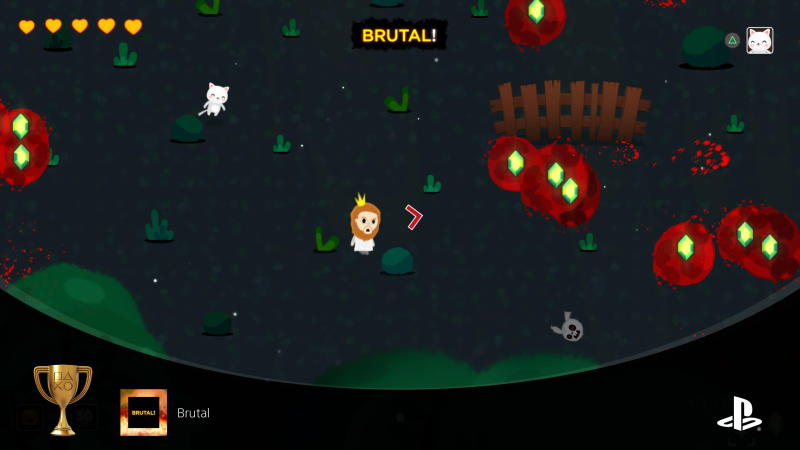 It's not difficult if you take your time, but I died a few times until I got the hang of how to deal with the different enemies. 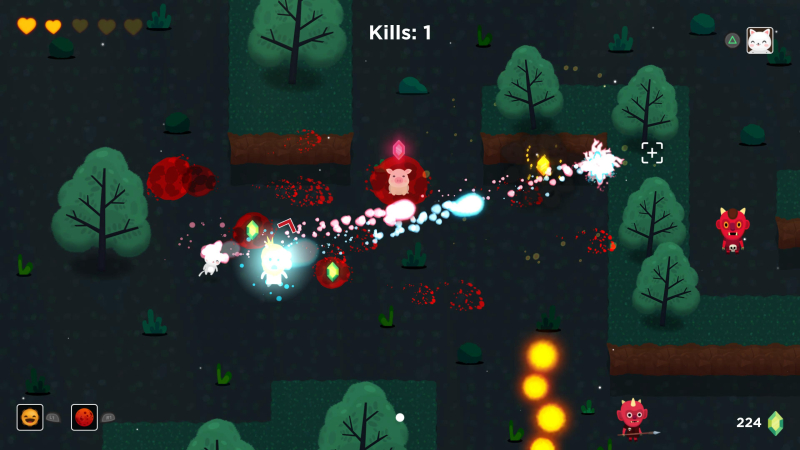 Once you know what you're doing and take it slow (or get lucky), it should be easy enough to get the Platinum within 30 minutes. You only need to complete 7 levels, each taking around 5 minutes but the slower you take it the easier it is. 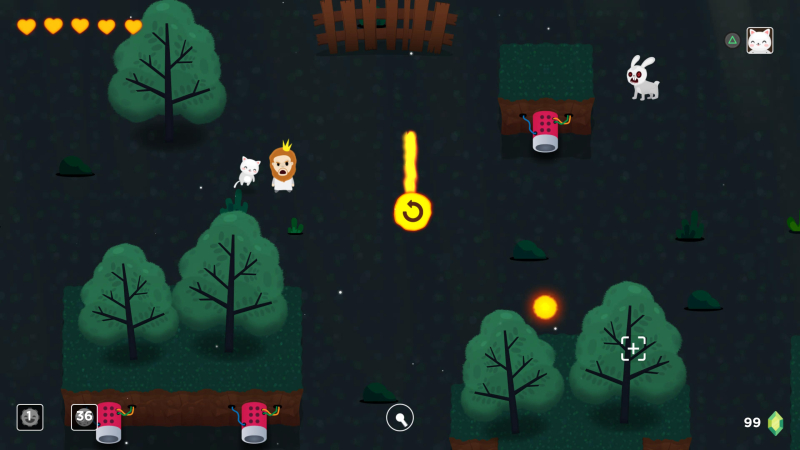 8/10
I thought it was fun enough to Platinum it on PS4 and PS5 one after the other. I think the fact that it's pretty quick to complete, combined with the fact that dying allows you to keep your gems - meaning you're always working towards purchasing an upgrade - means it was quite a fun way to spend an hour or two. If the game was much longer I think it might have started to become quite a grind and I didn't play it past level 7 for the trophies but I would happily Platinum it again. 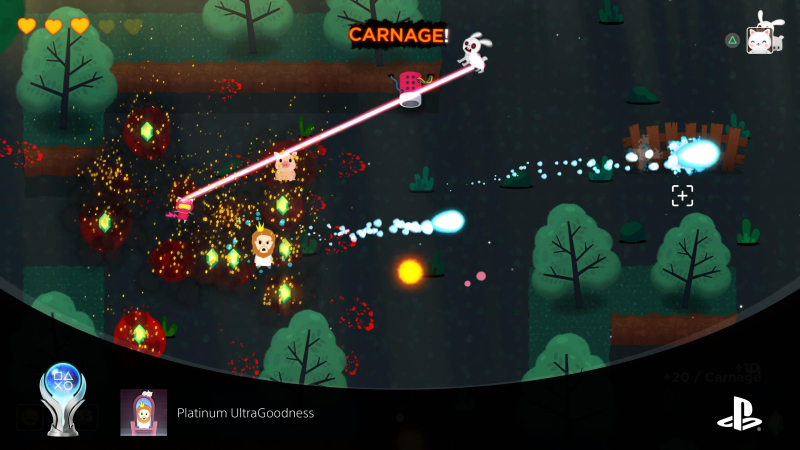 7/10
As long as you know what type of game it is when you buy it, I don't think you'll be disappointed. Obviously it doesn't come close to being as polished as some of Sony's first party games, but for an indie game with 2 available Platinums within an hour, it does what it needs to do. 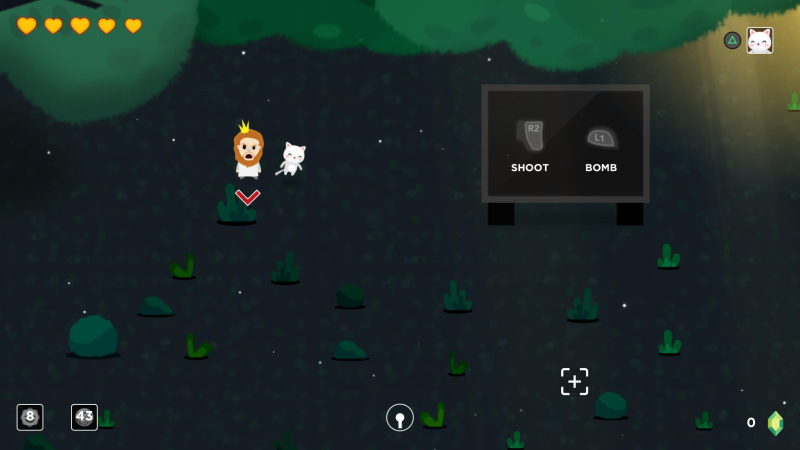 This article has been viewed 689 times. Thanks for your support!