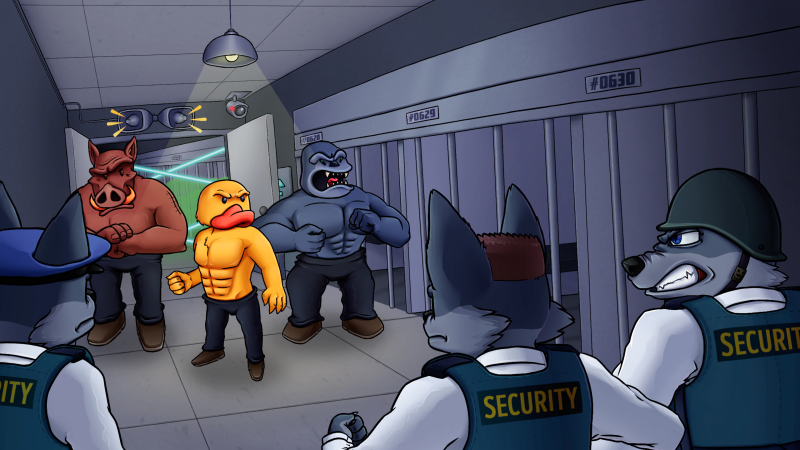 After a bank job went wrong, three buddies must escape from prison. It's your job to guide DOOK the duck, GOR the gorilla and HOG the boar through a series of puzzling levels to freedom.

The game plays a bit like Stealth Inc in that you'll have to hide in shadows to avoid security guards and cameras, press switches and grab keycards to open doors and optionally grab the money hidden in different levels. There are 20 levels for each character however the Platinum only requires 10 for each one meaning 30 of the 60 in total. The majority of the levels can be completed in under a minute but there are a few tricky ones which might take 2-3 minutes, but overall the game is fairly quick and easy.

The controls are smooth and fairly basic - like most of Ratalaika's games - you can double jump with X, activate switches and pick up items with Circle and HOG can use Square to smash damaged walls and punch guards. That's all there is to it. Just avoid the guards and hazards and make it to the elevator to complete each level.

There is a fair bit of backtracking involved, some levels have you walking back and forth flicking switches then picking up keycards, but it's a fairly simple but fun platforming puzzle game. Each character has slightly different abilities too. DOOK is fairly basic and can only jump to avoid obstacles, GOR can jump and climb certain walls and HOG can punch walls and guards as well as pushing and pulling boxes. 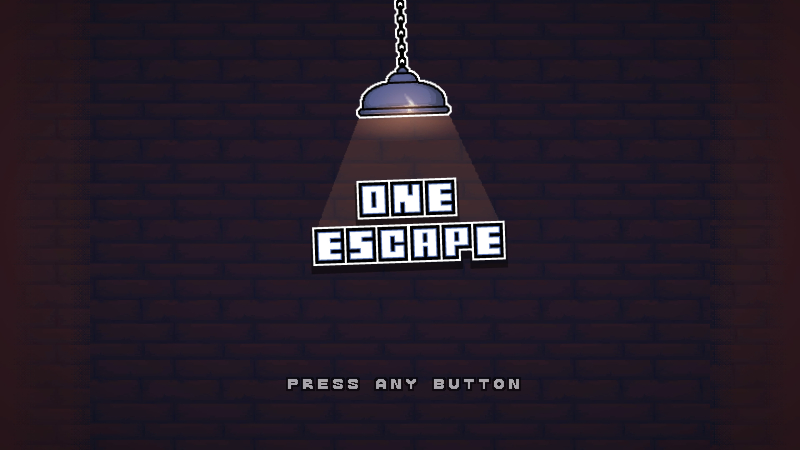 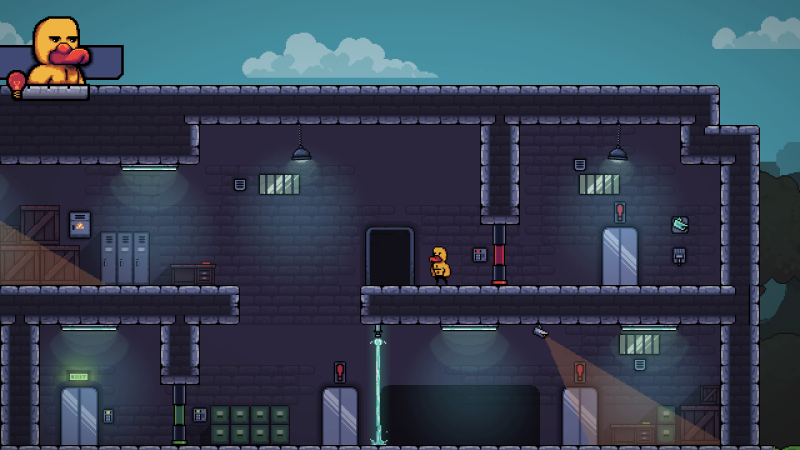 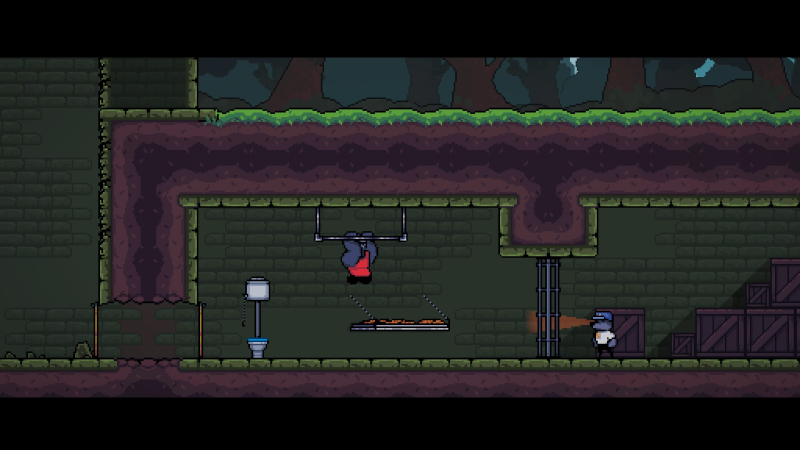 For the most part the game is straight forward. It might take a minute to figure out what you need to do but then it's just a case of waiting for the right time to move when the guards are facing the other way and the camera can't see you. The last few Gorilla levels seemed quite hard though. Even knowing what you're supposed to do, a lot of it will come down to how well the game registers your button inputs. There's a tricky jumping section at the end of GOR's 10th level and if you get it wrong you'll have to do the whole level again which takes about 2 minutes each time. That said, it's not particularly difficult once you get the timing right for the jumps, but it was the only part which really took any time or effort. 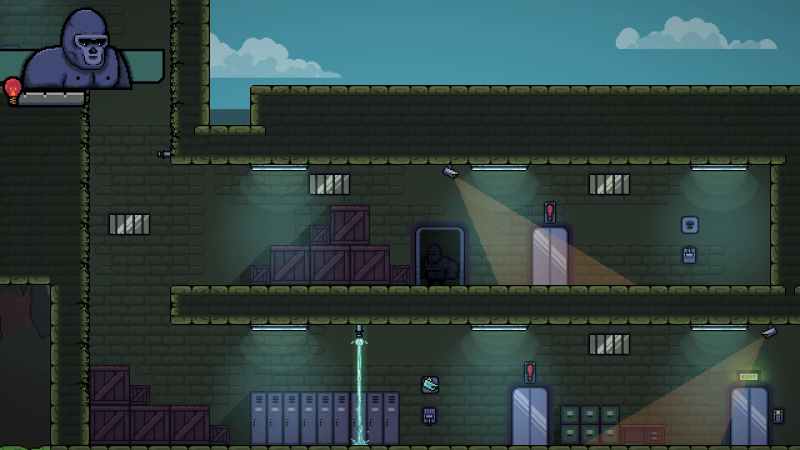 I don't think this is a bug - it's more by design - but you don't instantly fail a level when being seen by a camera. It'll make more guards appear, but they can usually only patrol a small area so it doesn't necessarily mean they'll catch you. Sometimes it's quicker to let the camera see you then jump to safety rather than go slow and stick to the shadows. The alarm from the camera will keep ringing until you hide in the shadows for about 10 seconds then you're free to continue the level.

Another good thing which isn't really necessary is that if you get the money on a level then die, it will stay collected, so you can avoid going for the money on the next run which will speed things up a bit. 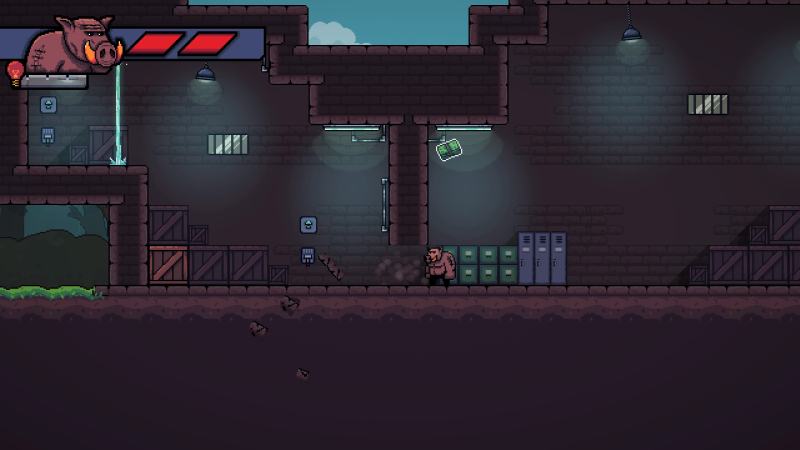 It's a very straight forward game. Nothing too challenging apart from one or two of GOR's levels but with a bit of practice they're nothing to worry about. 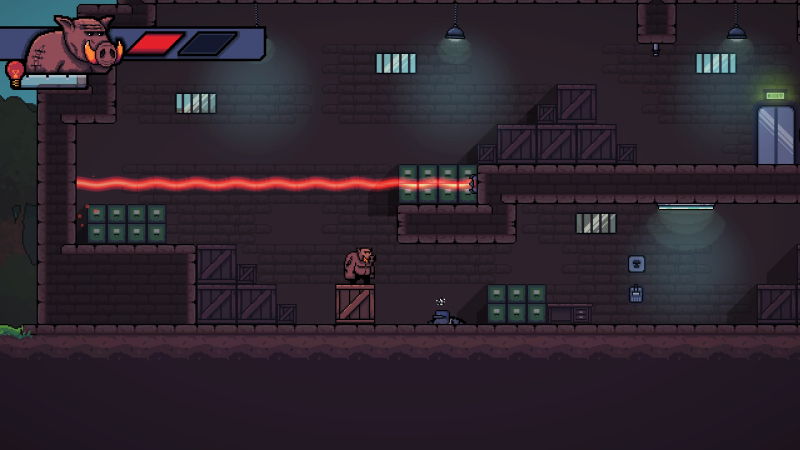 If you know exactly what you were doing and manage to do everything first time then it's definitely possible in under 30 minutes, but playing it casually and figuring things out on my own it took me somewhere around an hour on my first run (PS4), then 30 minutes on my 2nd (PS5). 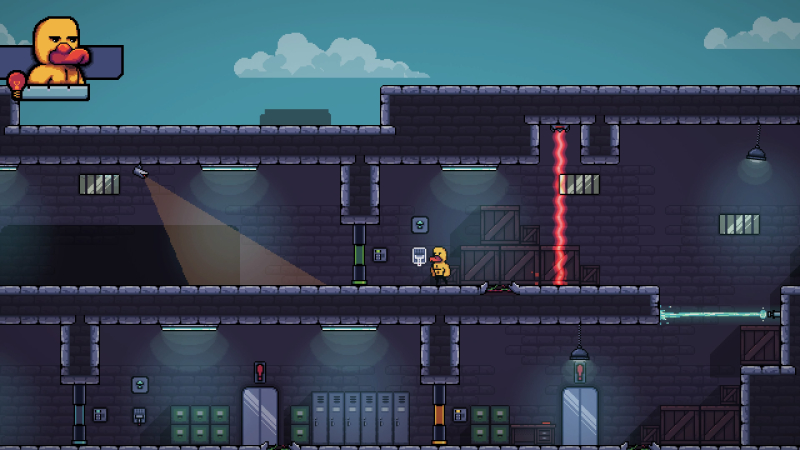 9/10
Another short but sweet game from Ratalaika Games. A little bit of a challenge, but nothing too difficult. I enjoyed it enough to immediately Platinum it twice on PS4 and PS5. 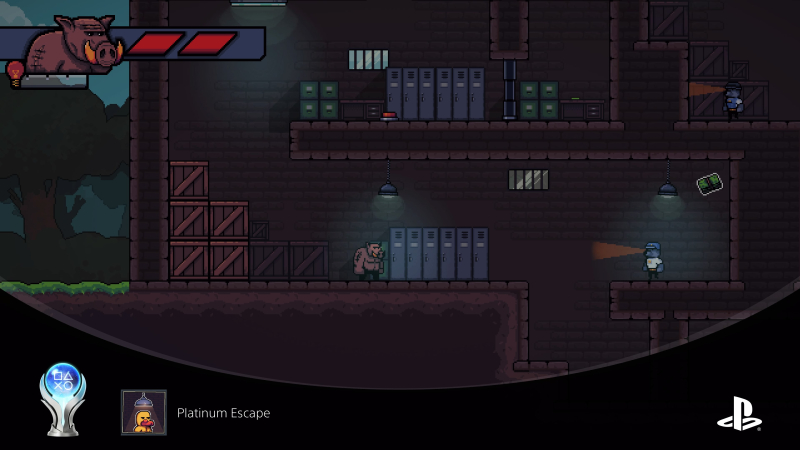 8/10
Personally I think it's a really fun game. The controls were smooth, the levels were quite varied and I just enjoyed playing it. The three characters with different abilities also brought something unique to their levels. Definitely a platformer / puzzle game I'd recommend, especially for the low price and two Platinums. 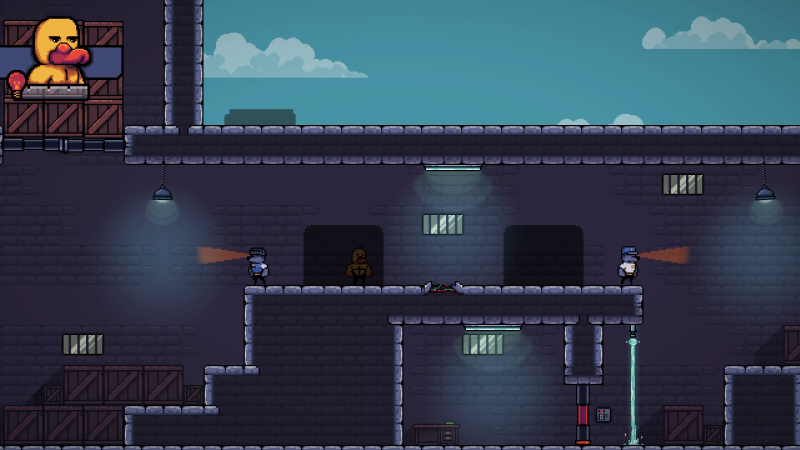 This article has been viewed 739 times. Thanks for your support!