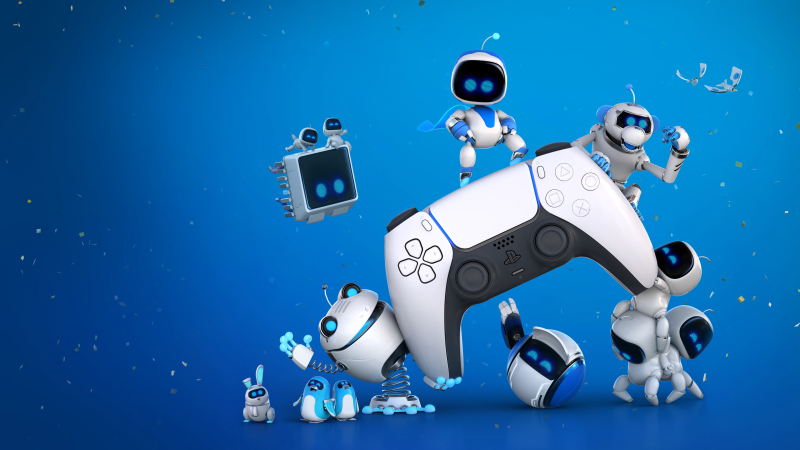 Astro's Playroom is a 3D platformer included free on every PlayStation 5 console. You play as a small robot called Astro tasked with solving puzzles and recovering PlayStation related artefacts.

The game essentially works as a demo to show off all of the new features of the PS5's DualSense controller, but features a very enjoyable short story and it's cram packed with retro PlayStation memorabilia. It's arguably one of the best 3D Platformers on PlayStation so there's no excuse to miss out. 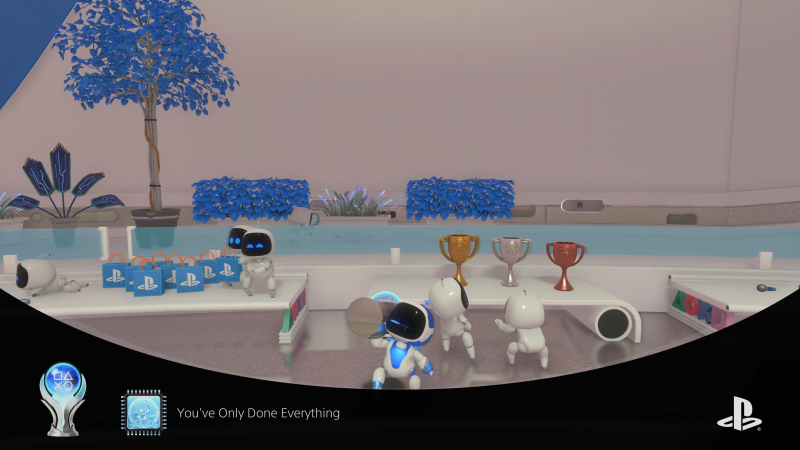 Not exactly difficult, none of the trophies are really, but it was probably the only one I can remember that took more than a few attempts.

Not necessarily a bug, but it's possible to collect coins at the start of a level then use the fast travel to restart the level and collect them over again. Given the rapid load times on PS5, this means you can farm coins quite quickly. Personally I did this for awhile at the start of Cooling Springs level 3 - Frigid Floes as there are a number of boxes you can smash gaining around 30 coins per loop.

The game isn't really challenging at all. A few of the puzzles take a bit of thought and some of the collectables are a bit tricky to find but there's nothing that should prevent a casual gamer from achieving the Platinum trophy over the course of a few days.

It took me just under 8 hours but I spent a fair bit of time grinding coins for the Gatcha machine. If you know what you're doing, it's easily possible to complete the game in one sitting.

My first Platinum on PlayStation 5 so it'll always have a special place in my heart. I definitely enjoyed the retro PlayStation memorabilia but couldn't quite play through the full game in one sitting so it wasn't as engaging as maybe it could have been.

As a free game, bundled with a brand new console you can't have any complaints with Astro's Playroom. The gameplay is fun, the graphics are cute and it makes full use of the new DualSense controller features which adds another dimension. It's reasonably quick and easy to finish and I'd probably play it again at some point so I can't really say anything bad about it. If there's one game you should use to show off your PS5 and the features of the new controller, it's this!

This article has been viewed 951 times. Thanks for your support!