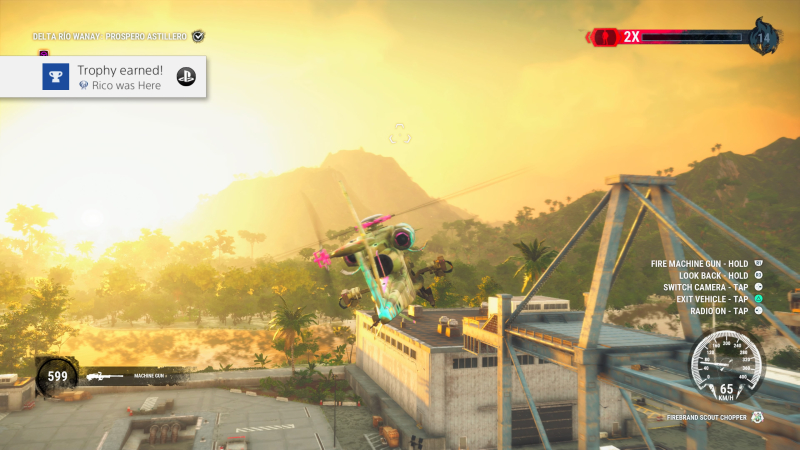 I haven't posted a blog for awhile, but I just got the Platinum for Just Cause 4 so here are some of my thoughts on a very enjoyable game.

Rather than write long detailed blog posts once a month or so, I've decided I'm going to write a few shorter posts but more often instead. The first of those are my thoughts on Just Cause 4 which I just Platinum'd on PS4.

The game is pretty similar to all of the previous Just Cause games. I'm not going to give a full overview because you can find that elsewhere, but basically the game is all about physics based destruction and causing CHAOS. You can use your grappling hook to attach objects together, fire balloons to make items and enemies float away or attach rockets to launch them across the land. The wingsuit and parachute from previous games make a return and are a great way to zip around the terrain.  There are tons of different vehicles to drive, sail and fly, most of which have their own unique abilities and some epic story missions to play through. 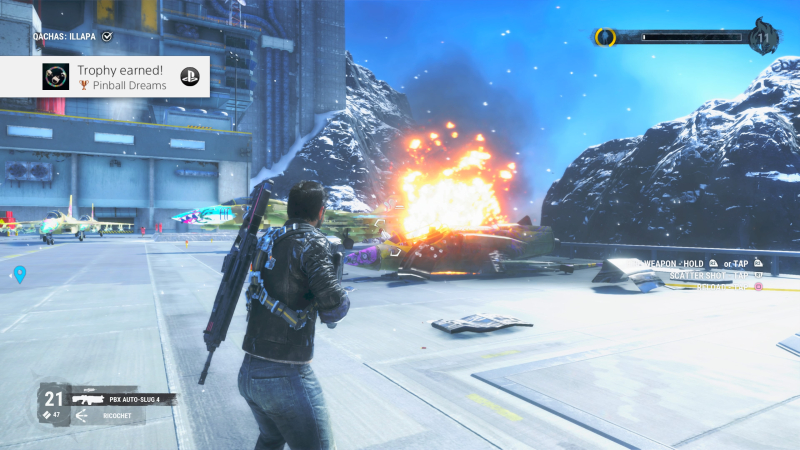 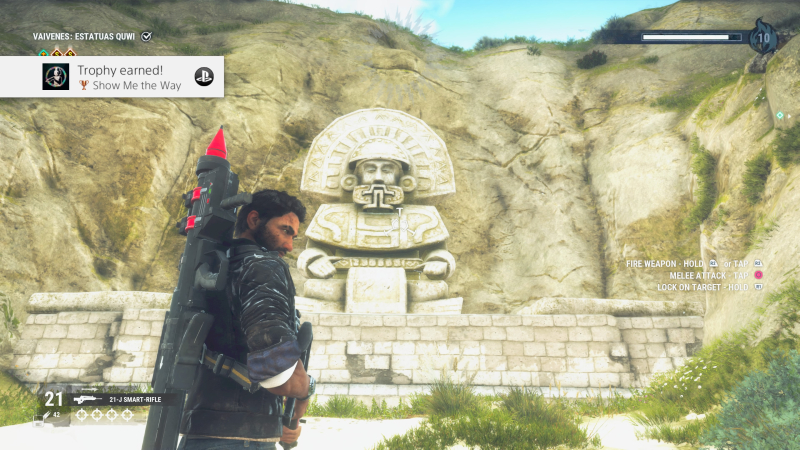 It's a lot of fun and there's a lot to do including wingsuit and vehicle and speed stunts and lots of side missions to help out your Army of Chaos. Getting the Platinum Trophy took me over 60 hours spread across 6 weeks. Some of it was a bit grindy and repetitive, but most games do have those elements. I didn't take any gameplay screenshots while playing besides the automatic trophy screenshots which the Playstation captured, so a selection of those are included throughout. 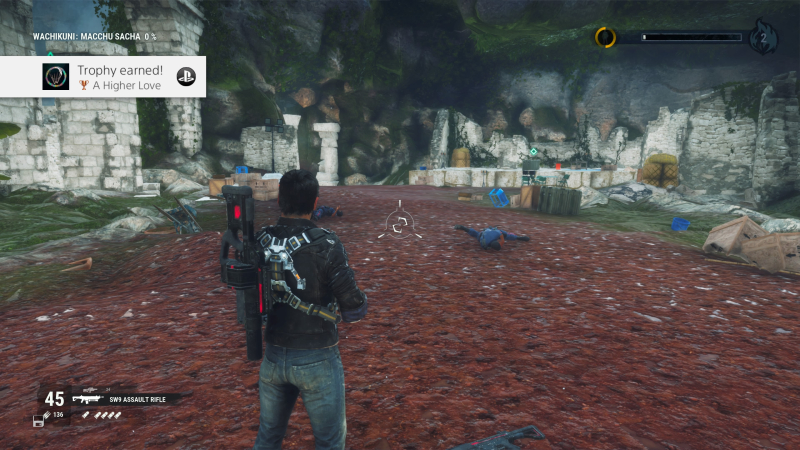 I really enjoyed it and didn't find it too difficult. Even when you die, you respawn nearby quickly and usually at a recent checkpoint so there wasn't much to worry about. 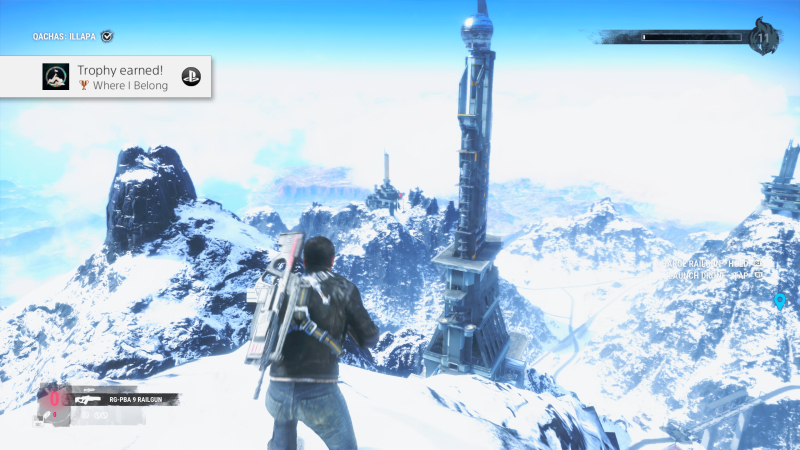